The 'Acid' Undoubtedly A 'Corrosive' Substance Within The Meaning Of S.326 IPC: SC [Read Judgment] 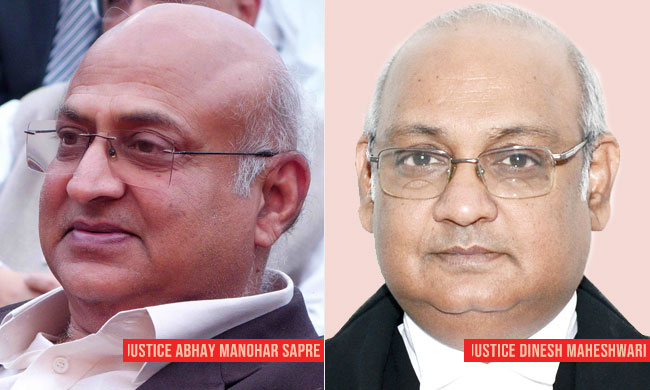 "It needs hardly any emphasis that the act of causing grievous hurt by use of acid, by its very nature, is a gruesome and horrendous one, which, apart from causing severe bodily pain, leaves the scars and untold permanent miseries for the victim," noted Supreme Court while passing judgment in Omanakuttan v. The State of Kerala. With acid attack cases seeing a phenomenal increase in country...

"It needs hardly any emphasis that the act of causing grievous hurt by use of acid, by its very nature, is a gruesome and horrendous one, which, apart from causing severe bodily pain, leaves the scars and untold permanent miseries for the victim," noted Supreme Court while passing judgment in Omanakuttan v. The State of Kerala.

With acid attack cases seeing a phenomenal increase in country and victims literally "living under the shadows" for the rest of their lives, Bench of Justice Abhay Manohar Sapre and Dinesh Maheshwari, while dismissing appeal of the accused appellant observed that "the acid is undoubtedly a corrosive substance within the meaning of Section 326 IPC. The victim remained hospitalised for more than 50 days. It would be wholly unrealistic to postulate that even with such extensive acid burn injuries from head to thigh on the left portion of his body and long-drawn hospitalisation, the victim may not have been in severe bodily pain for a period of more than 20 days."

Court was hearing appeal from the accused appellant in the case whereby he had called in question the judgment by High Court of Kerala which had, while affirming the judgments passed by subordinate courts, found accused guilty of the offence punishable under Section 326 of the Indian penal Code while continuing with the sentence of simple imprisonment for one year together with fine of RS. 5000 and default stipulation as awarded by Judicial First Class Magistrate.

The accused and the victim were neighbors'. On 26th of November, 1997 at about 6 p.m., while the victim was passing through Mannathara Thopramkudy Panchayat Road, the appellant along with his wife poured acid on the victim from a ridge on the left side of the road, causing serious injuries over the head, neck, shoulder and other parts of the body of the victim. The accused persons were charge sheeted for the offence under Section 326 read with Section 34 of the Indian Penal Code.

The Judicial Magistrate First Class, by his judgment and order dated 04.12.2002, convicted the appellant for the offence under Section 326 IPC and sentenced him as mentioned here in before. The appeal preferred by the accused-appellant before the Additional District and Sessions Judge was dismissed by judgment and order dated 23.09.2004 with the observations that the injuries inflicted by using corrosive substance were grievous in nature and it was reasonable to think that the victim was unable to follow his ordinary pursuits during the period of hospitalization.

The revision petition preferred by the accused-appellant was dismissed by the High Court of Kerala after finding no ground to interfere in the concurrent findings of the subordinate Courts and appeal was filed by the appellant eventually before the Supreme Court.

The main plank of contentions of the counsel for the appellant was that the victim never stated in his evidence that he was in severe bodily pain for 20 days nor did he state that he had suffered disfigurement; and merely for his hospitalization for more than 20 days, no inference could be drawn that he was in severe bodily pain or was unable to follow his ordinary pursuits. The counsel further emphasized on the submissions that in the opinion of the doctor, the victim was able to follow his ordinary pursuits without any aid and hence, the ingredients of Section 320 IPC are not established. The counsel had also submitted that the appellant deserves to be acquitted and in any case, when the incident took place about 22 years back and the appellant is now 63 years of age, enhancement of punishment is not called for.

Court rejected the contention of victim not suffering severe bodily pain for 20 days and his case not falling under Section 320 of IPC saying such submissions were bereft of substance and do not make out a case for interference.

Court underscored the fact that legislature has taken note of the gravity of acid attack offences and has by way of Act No. 13 of 2013, inserted Sections 326 A and 326 B IPC, providing higher punishment with minimum imprisonment for the offences of voluntarily causing grievous hurt by use of acid and voluntarily throwing or attempting to throw acid. But at the same time it considered the fact that matter before it related to the offence committed in the year 1997 and it need not elaborate on the provisions now inserted, but, looking to the gravity of offence, it did consider punishment as awarded in the matter to be rather inadequate.

However, court without enhancing the sentence said that although it did issue notice to examine the question if punishment deserves to be enhanced but after considering facts and circumstances of the case, and more particularly the facts that the offence was committed in the year 1997 and the accused-appellant now 63 years of age, it refrained from enhancing the punishment and preferred leaving the matter at that only.