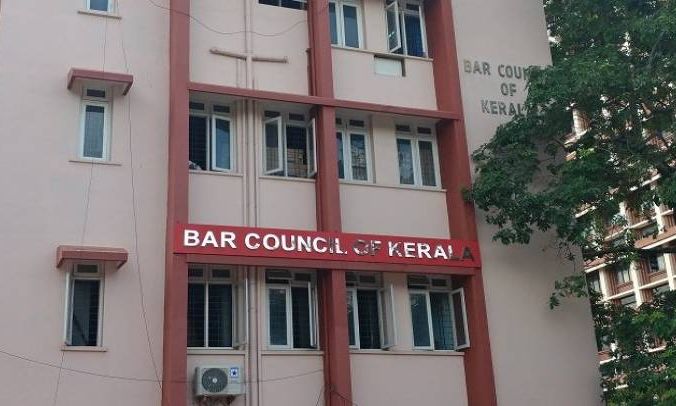 x
The Bar Council has issued a reply asking the actress to rectify the defects in the complaint.

The survivor in the actor sexual assault case has approached the Bar Council of Kerala, seeking to initiate disciplinary action against Senior Advocate B Raman Pillai and two junior lawyers Advocates Philip T Varghese and Sujesh Menon, who have been representing actor Dileep in the case, alleging professional misconduct on their part. The Bar Council has on Wednesday issued a reply...

The survivor in the actor sexual assault case has approached the Bar Council of Kerala, seeking to initiate disciplinary action against Senior Advocate B Raman Pillai and two junior lawyers Advocates Philip T Varghese and Sujesh Menon, who have been representing actor Dileep in the case, alleging professional misconduct on their part.

The Bar Council has on Wednesday issued a reply asking the actress to submit a proper complaint after curing all the defects therein, without which the complaint cannot be considered. The said reply has also enclosed with it a copy of the Rules and procedures to be followed while filing a complaint against an advocate.

According to the survivor, the said lawyers attempted to influence important witnesses in the case in their efforts to sabotage the trial. She has accused their conduct of being illegal and unethical, thereby seeking a detailed inquiry into the same. It has been prayed that appropriate action be taken against Senior Advocate Raman Pillai and his juniors.

The actress also added that the forensic examination report of the mobile phones exposes that all the incriminating data which were on these phones were destroyed at Raman Pillai's office after the High Court had directed them to surrender the phones before the Registrar General. She suspects that this was done at the instance of the said lawyers.

To evidence this, it has been argued that Pillai went in person to the private forensic lab located in Mumbai and involved himself in destroying the data from the mobile phones. Therefore, it has been alleged that Pillai and his associates have been resorting to unethical practices by involving themselves in the destruction of evidence in the case since the very outset of the trial.

The complaint also mentioned that the survivor recently learned that Pillai had offered Rs 25 lakhs and five cents of land to an important prosecution witness in the case in an attempt to influence him through an agent. In fact, it has been pointed out that the Crime Branch registered a case in this regard and recently issued notice to Pillai for interrogation.

It is stated that the Senior Advocate is yet to appear before the investigation officer in response to the said notice and that he is trying to flee from the clutches of law by convincing the Bar Association to issue statements in his defence. She says that such behaviour is least expected from a senior lawyer and alleged that it amounts to professional misconduct.

The actress highlighted that according to media reports, film director Balachandrakumar had disclosed an audio clipping accusing Advocate Philip T. Varghese of paying Rs.5 lakhs to the prime witness in the case to turn him hostile for the trial. The lawyer is said to have travelled to the witness's native place and visited him for this reason.

The complaint also contains several other allegations of instances where the lawyers themselves got involved in influencing the prime witnesses in the case.

It has even been argued that they tutored the watchman of the actor's residence on how to give false statements before the police as soon as they found out that he would be summoned for interrogation. As such, the actress has accused the lawyers of having influenced 20 prosecution witnesses, who later turned hostile during the course of the trial.