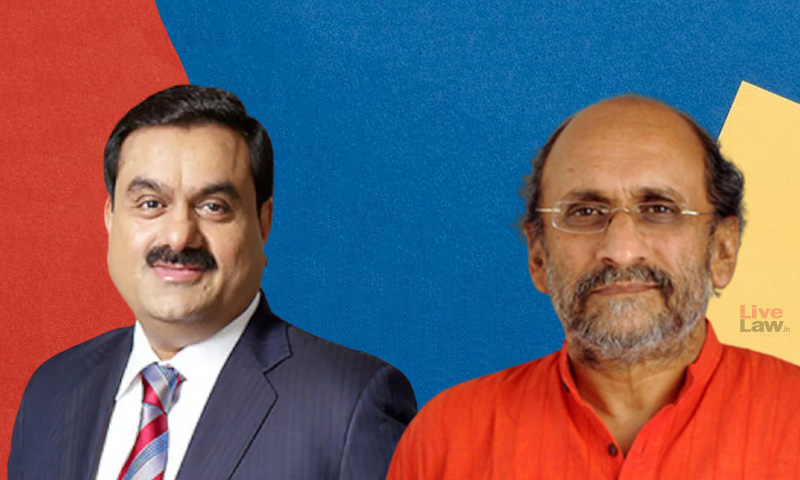 A Court in Kutch (Gujarat) on Tuesday (19th January) issued a warrant of arrest against senior journalist Paranjoy Guha Thakurta in connection with a 2017 defamation suit filed by the Adani Group against Thakurta. The Defamation Suit filed against Thakurta by one of India's leading corporate houses, Adani, pertains primarily to an article about the business conglomerate co-authored...

A Court in Kutch (Gujarat) on Tuesday (19th January) issued a warrant of arrest against senior journalist Paranjoy Guha Thakurta in connection with a 2017 defamation suit filed by the Adani Group against Thakurta.

The Defamation Suit filed against Thakurta by one of India's leading corporate houses, Adani, pertains primarily to an article about the business conglomerate co-authored by Thakurta.

The Article in question was co-authored by Thakurta, when he was the Editor of Economic and Political Weekly, alleging that Narendra Modi's Government tweaked special economic zone rules which ultimately led to the Adani Group reaping a benefit of Rs 500 crore.

As reported by PTI, Judicial Magistrate Pradeep Soni, while issuing the warrant of arrest, directed the Nizamuddin police station in New Delhi,

"...accused (Thakurta) stands charged with complaint under section 500 of IPC. You are hereby directed to arrest the said accused and to produce him before me."

This particular article was first published on EPW, and later on republished by The Wire, after Sameeksha Trust, which runs the EPW, took down the article/report, and which further prompted Thakurta to resign as the editor of EPW.

After The Wire refused to comply with the notice, the Adani Group went to court applying for an injunction. It had also filed two cases against the authors and the editors of The Wire in two different courts in Gujarat: a civil defamation suit in Bhuj and a criminal defamation case in Mundra.

However, in July 2018, a Gujarat court set aside the criminal defamation plea complaint, and accompanying summons to the website. Then in May 2019, the Adani Group withdrew the case against the Wire and all the other accused, except Thakurta.

As reported by Newslaundry, on Monday (18th January), when Gujarat's lower courts reopened, Thakurta was to appear before the Kutch magistrate.

His Lawyer said that "We requested the court to exempt Thakurta from personal appearance and said he would be present at the next hearing. But the court didn't accept our request saying the case was from 2017 and since he had been present through 2019 he should be present now as well."

In a statement issued on Wednesday, The Wire has said:

"Paranjoy Guha Thakurta and two other authors wrote an article for the Economic and Political Weekly in 2017 on the Adani group, which was republished subsequently by The Wire.

While the Adani group had initiated both civil and criminal defamation against the three authors and The Wire in 2017, the proceedings against The Wire and its Editors were unconditionally withdrawn in 2019, as were those against two of the three authors of the article.

We are dismayed to see that the case of civil and criminal defamation against Paranjoy Guha Thakurta has not been withdrawn.

The Wire wishes to place on record its stand that the article itself is legitimate expression and not defamatory in the least."

Further, in a statement released on Thursday (21st January) Editors Guild issued a statement on the arrest warrant against senior journalist Paranjoy Guha Thakurta, issued by a lower court in Gujarat in a criminal defamation case filed by the Adani group in 2017.

Issuing a statement condemning the use of intimidatory tactics by powerful corporate houses against journalists to prevent media scrutiny act, the EGI has said,

"The issue of a non-bailable warrant by a lower court against Mr Thakurta is another example of how intolerant the business houses have become to any criticism. Routinely they have targeted independent and intrepid journalists by using the very instruments that provide media the necessary protection".

"The Editors Guild is disturbed on how the judiciary, in this case, has become a part of this exercise to muzzle free press. Criminal defamation laws are often used by those in power to suppress any scrutiny by the media", the EGI has further said.

In its statement, the EGI has also urged the Adani group to withdraw the case against Thakurta.

[With inputs from PTI]