Need To Address Male 'Chauvinism' That Women Are 'Enjoyment Object': Allahabad HC Bats For Specific Law On 'Sex On False Promise Of Marriage' 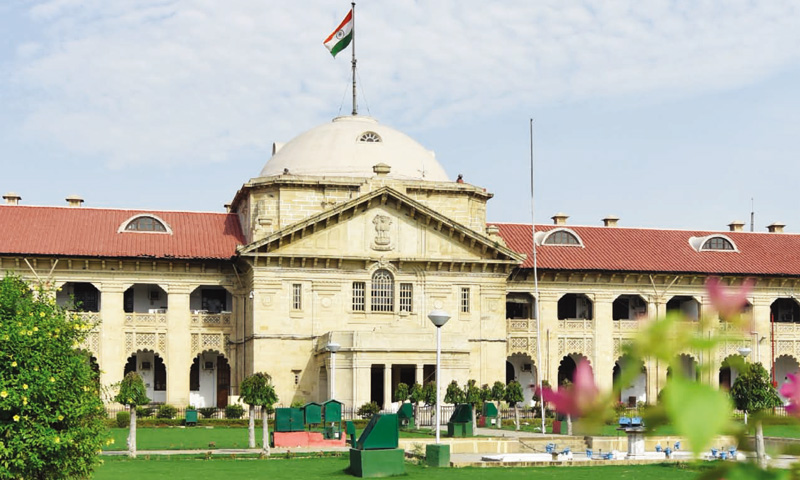 The Allahabad High Court today observed that it is necessary for the legislature to provide a clear and specific legal framework to deal with the cases where the accused obtains consent for sexual intercourse on the false promise of marriage."This feudal mind set and male 'chauhanism' (Chauvinism) that women are nothing but an object of enjoyment is required to be rigorously addressed...

The Allahabad High Court today observed that it is necessary for the legislature to provide a clear and specific legal framework to deal with the cases where the accused obtains consent for sexual intercourse on the false promise of marriage.

"This feudal mind set and male 'chauhanism' (Chauvinism) that women are nothing but an object of enjoyment is required to be rigorously addressed and strictly dealt with in order to create a healthier society and to increase a sense of security and protection in the mind of women," the Bench of Justice Pradeep Kumar Srivastava observed.

The Bench also opined that making a false promise of marriage with the mala fide intention to deceive the victim was becoming a phenomenon and that it was widely believed by the Accused person that they will escape from the criminal liability and punishment in such cases.

"For the major women population in our society, promise of marriage is a great allurement and they are trapped in a situation which results in their sexual abuse and exploitation," the court noted.

Further, the Court opined that till such a law is enacted, the court should take into consideration the social reality and reality of human life and continue giving protection to such women who have suffered on account of the false promise of marriage.

The Accused, currently in jail, filed a criminal appeal against rejection of his bail application by the lower court in a case registered under Section 376 IPC and Section 3(2)5 of SC/ST Act.

The victim/woman is a police constable and belongs to scheduled caste and she was called by appellant-accused in a hotel to finalize their marriage and prepare documents related to it, however, in the hotel room he allegedly committed rape on her.

At the outset, the Court noted that the case pertained to single act of sexual intercourse and the FIR has been lodged on the same day.

The Court noted that the delay of 17 hours in lodging FIR was insignificant as it opined that this much of time was natural to take a decision to lodge FIR against a person with whom she was planning to marry.

The Court observed that the Victim was in love and there was family hurdle in their marriage as mentioned by the appellant-accused, and therefore, the Court found it natural that she went to hotel as the appellant wanted her to come for a talk for preparation of documents for court marriage.

Importantly, the Court observed that the accused never actually wanted to marry the victim and had mala fide motives, and had made a false promise to marry only to satisfy his lust, and this, the Court added, certainly falls within the ambit of cheating and playing deception to obtain consent for sex.

"Needless to mention that false marriage promise is and always, in the major part of our society, has been an effective tool of mischievous males for creating emotional pressure on a woman for doing sex," the Court further added.

Case title - Harshvardhan Yadav v. State Of UP And Another