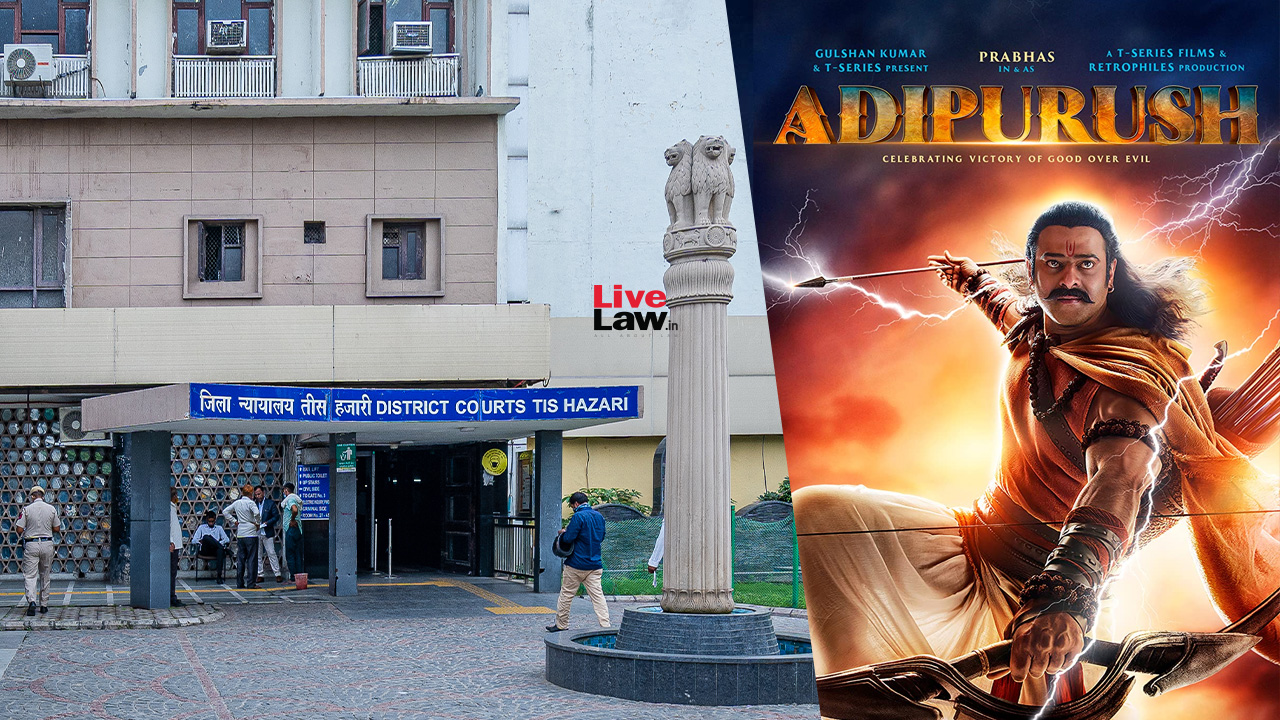 A Delhi Court has granted the film producer Bhushan Kumar an opportunity to argue on maintainability of the suit filed by a lawyer seeking a stay on the release of his upcoming movie 'Adipurush' in its present form.

The suit filed by Advocate Raj Gaurav alleges that the promo released by its producers has hurt religious sentiments of the Hindu community by depicting Hindu Gods, Lords Ram and Hanuman in an "inaccurate manner".

Senior Civil Judge Abhishek Kumar of Tis Hazari Courts has now listed the matter on November 5 for arguments on the maintainability of the suit under Order VII Rule 11 of Code of Civil Procedure.

"…. the defendant no.1 is given the opportunity to address the arguments on the maintainability of the suit at the pre-summons stage," the court ordered.

The plea seeks directions to the movie's producer and director to remove the alleged objectionable portions from the teaser from all social media platforms including YouTube and Facebook.

The suit also seeks a decree for permanent injunction restraining the defendants from depicting "Lord Ram and Lord Hanuman and Ravana" in the way they have been depicted "in the objectionable promo/teaser" of the movie in question.

During the course of hearing on October 10, Senior Advocate Sanjeev Sindhwani appearing for the film producer submitted that he had come to know about the proceedings through print media. He thus requested that Kumar be allowed to appear at the pre-summons stage and argue on the maintainability of the suit.

The court in the order said if a defendant has appeared at the pre-summons stage and is seeking the permission to assist regarding the maintainability of the suit, it cannot turn a 'blind eye to the defendant and proceed ahead as he is not present in the court.'

"The said exercise will be travesty of justice. Further, any order which will be passed by this court will affect the rights of the defendant and therefore, the defendant is entitled to protect his rights even before the summons have been issued," the court said.

Noting that Kumar had gained the knowledge about the proceedings through print media and had appeared for making submissions as per law, the court observed that the film producer was within his rights to approach and assist the court on the maintainability of the suit.

The plea contends that while the traditional image of Lord Ram is of a 'serene and calm person', he is depicted in the film's teaser as an "atrocious, revengeful and angry" person.

Furthermore, the plea argues that Lord Hanuman has also been shown in a different manner in the promo wearing a leather attire, instead of sacred thread (janew).

Alleging that Ravana's character played by actor Saif Ali Khan has been shown to be 'awfully cheap and appalling', the plea states that Ravana is believed to have been a staunch believer and worshipper of lord Shiva who always adorns a tilak on his forehead with a golden crown.

"It is submitted that the portrayal of Ravana in the promo teaser is so horrid that the sentiments of plaintiff is hurt, he being a brahmin himself, Even though Ravana has a villainous character in Ramayana even then he is to be treated with respect being a scholar of Vedas and a genuinely learned man," the plea argues.

The suit prays that the promo must be banned and removed from the internet on an immediate basis considering the 'defamatory impact and enrage it would cause to Hindus'.

"That the defendants, if are not stopped from propagating hate towards Hindus with objectionable depiction of Lord Ram and Lord Hanuman, might lead to much furor and uprising among the public at large and may also cause law and order situation in the country. Right now the objectionable teaser/ promo has caused huge protests across the country and TV debates are laden with this topic," the plea states.