Adrija Ghosh From NUJS Gets Rhodes Scholarship For 2022 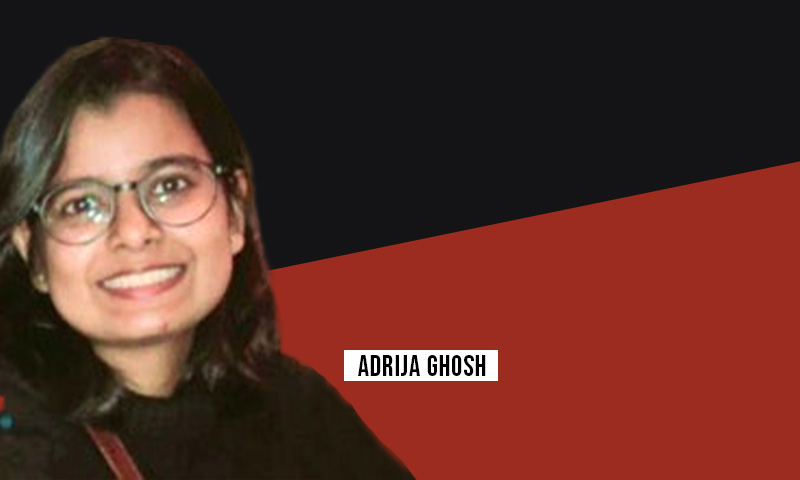 Adrija Ghosh, a 2021 Batch graduate from West Bengal National University of Juridical Sciences (NUJS) has been recently awarded the prestigious Rhodes Scholarship for 2022 to pursue her academic interests at the University of Oxford.

Hailing from the city of Kolkata, Adrija Ghosh has completed her BA, LLB (Hons) from NUJS in 2021. She has undertaken research on sentencing in death penalty cases in India and has also worked as a volunteer at the legal aid clinic Parichay. She aims to read for the BCL degree at Oxford, and to take up a career in strategic public interest litigation.

The five Rhodes Scholars-elect for India 2022 were announced recently marking the culmination of a rigorous national selection process. For the second year running, the entire selection process was conducted virtually. After a competitive application process and two rounds of preliminary interviews, the shortlisted finalists were interviewed and five were chosen to receive the prestigious scholarship- Akumjung Pongen, Dr. Varad Puntambekar, Dr. Aishwarya Vedula, Ritika Mukherj and Adrija Ghosh.

The Rhodes Trust, based at the University of Oxford, brings together and develops exceptional people from all over the world, and in all fields of study. The Rhodes Scholarships are postgraduate awards providing transformative educational opportunities. Established in 1903, they are the oldest and perhaps the most prestigious international graduate scholarship programme in the world. Nearly 8,000 Rhodes Scholars have gone on to serve at the forefront of government, education, the arts, NGOs, commerce, research and other sectors. They are well known advocates for expanded social justice, and have advanced the frontiers of science and medicine. The Rhodes Trust provides the Rhodes Scholarships in partnership with its Second Century Founders, John McCall MacBain O.C., The Atlantic Philanthropies, and many other generous benefactors.

Each year, five Indian Scholars are selected on the basis of their intellect, character, leadership, and commitment to service, to join Rhodes Scholars from around the world at the University of Oxford. The Rhodes Scholarships include all university and college fees for two to three years (depending on the academic route taken), an annual stipend, health insurance and travel expenses to the University of Oxford before the start of the programme and a return ticket following the course of study.