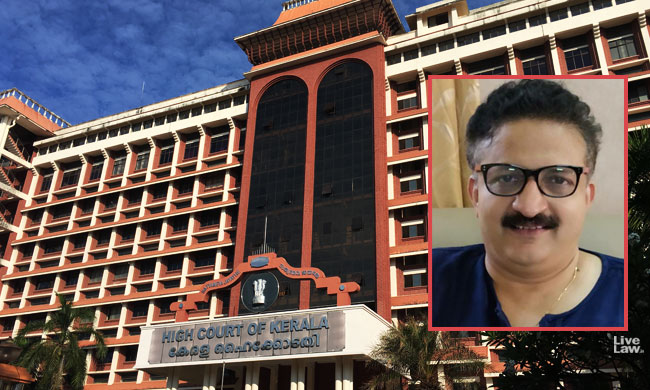 Supreme Court collegium on February 12 has resolved to re-iterate its recommendation to elevate Advocate PV Kunhikrishnan as Judge of Kerala High Court.

The collegium considered the following names for the elevation to Kerala High Court on Feb 12.

Collegium decided to send back the names of Advocates S. Ramesh and George Varghese to Kerala High Court. The proposal regarding Advocate Viju Abraham has been deferred by it for further deliberations.

The Collegium of the Kerala High Court on March 7, 2018 had recommended names of seven Advocates, including the above-named Advocates, for elevation to the High Court Bench.

The proposal in respect of P.V.Kunhikrishnan was however referred back by the Department of Justice to the Chief Justice of India for reconsideration in the light of the observations made in the file. The notification issued by Centre on November 1 accepted the names of V G Arun, N Nageresh, T V Anil Kumar, and N Anil Kumar, by omitting P V Kunhikrishnan.

Now, his name has been re-iterated.

The resolution taken by Collegium comprising CJI Ranjan Gogoi, and Justices A K Sikri & S A Bobde on February 12 stated :

"As regards Shri P.V.Kunhikrishnan, we have carefully scrutinized the material placed on record including the reasons recorded in the file for seeking reconsideration of the proposal for his elevation. The Collegium while clearing his name on 9th October, 2018 has already considered material on the basis of which the proposal relating to Shri Kunhikrishnan has been referred back for reconsideration. As there is no fresh material in the file referred back to it for reconsideration of the above proposal, the Collegium is of the considered view that Shri P.V. Kunhikrishnan deserves to be elevated to the High Court Bench. The Collegium accordingly resolves to reiterate its recommendation dated 9 th October, 2018 for appointment of Shri P.V. Kunhikrishnan, Advocate as a Judge of the Kerala High Court. I

n view of the above, the proposal for his elevation needs to be processed expeditiously. For purpose of assessing merit and suitability of S/Shri S. Ramesh, Viju Abraham, and George Varghese, Advocates, we have carefully scrutinized the material on record as well as the observations made by the Department of Justice in the file.

As regards Shri Viju Abraham, the Collegium deems it appropriate to seek further information before final decision regarding his suitability for elevation is taken. The proposal for his elevation is accordingly deferred for the present".