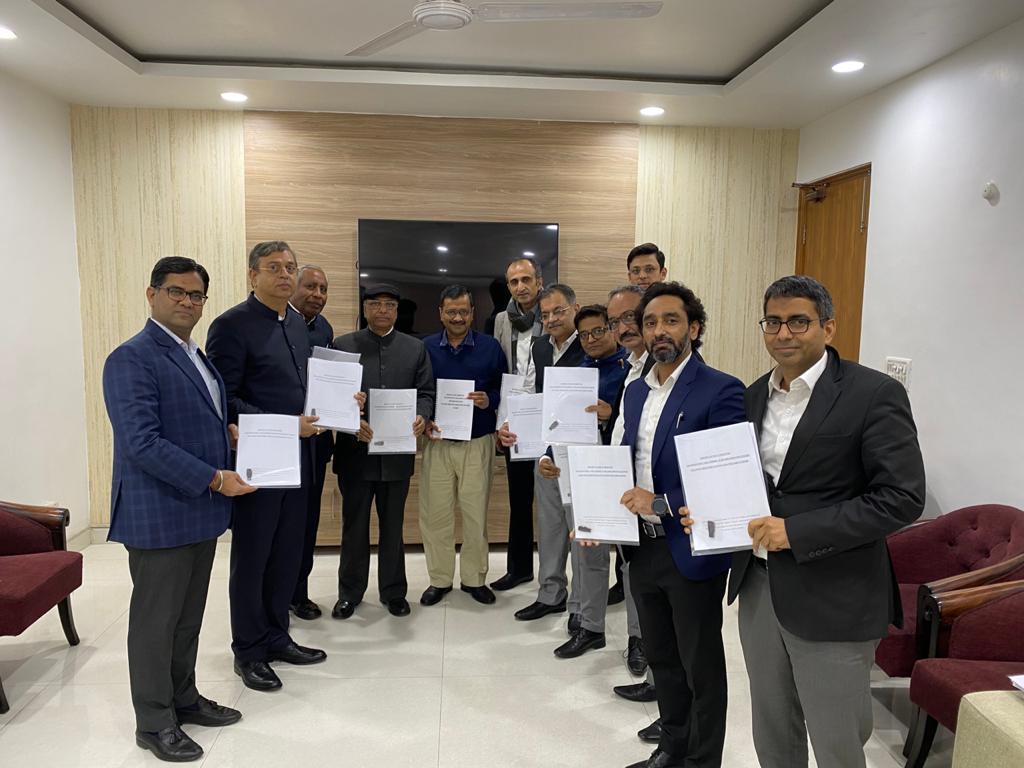 The Committee set up to propose a scheme to be implemented under the Chief Minister Advocate's Welfare Scheme, has given its report to the Delhi Government.

The Committee, having Senior Advocate Rakesh Kumar Khanna as its Convener, was set up by the Delhi Government on November 29. The scope of the Committee was to propose a scheme, as per which, an annual budget of 50 crores sanctioned by the government for the welfare of advocates can be utilised.

After considering various life insurance companies, and holding exhaustive deliberations, the committee proposed the following schemes for the advocates:

b. Group Medi-claim coverage for the advocates, their spouse and two dependent children unto the age of 25 years, for a family floater sum insured of Rs. 5,00,000/- (Rupees Five Lakhs).

c. E-library with 10 computers loaded with e-journals and web editions of e-journals, along with printers in all the 6 district courts.

d. Creche facility for advocates and staff employees in each of the 6 district courts.

The committee proposes that every practising advocate in Delhi should be given Life Term Insurance of Rs. 10,00,000/-

The committee expressed the prima facie view that the rate offered by the LIC seems to be quite competitive and can be accepted by the government. The Nodal agency for operating the said scheme shall be the Law Ministry of the Government of NCT of Delhi and it may further negotiate the premium, if it so desires.

The committee suggested that every practising advocate registered in Delhi should be given Medical coverage facility by providing them Group medical Coverage through an Insurance company.

It was informed to the committee that the lawyers are the district courts were finding it difficult to conduct legal research due to lack of digitisation. Therefore, the committee recommends all district courts to be provided with 10 computers, fully loaded with e-journals, their web editions including SCC Online, All India Reporter, Manupatra, Delhi Law Times etc along with heavy duty printers.

In order to cater to the special needs of women lawyers, the committee has also recommended that the Delhi government can request the Life Insurance Corporation of India to provide creche facility in all the 6 district courts and run the same in collaboration with the LIC.