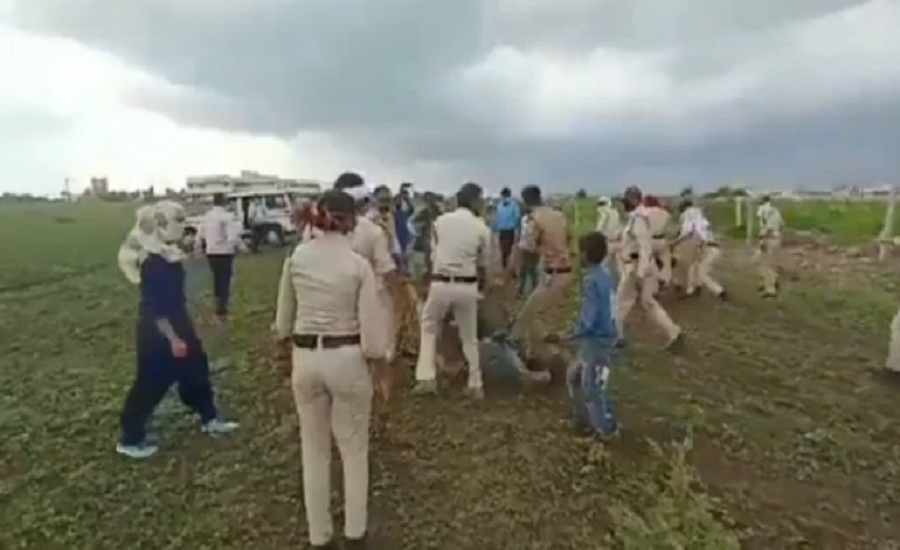 Advocates at Madhya Pradesh High Court have written to Chief Justice 'beseeching' him to take cognizance of police brutality committed against a farmer couple as they tried to commit suicide by consuming pesticide after revenue department officials bulldozed their crops in an encroachment drive.

The incident took place on July 14 as police officials claim that a 5.5 acre land in Guna was reserved for construction of post graduate government college, two years ago. According to the police, the said land was encroached upon by farmer Ramkumar Ahirwar and his wife Savitri devi. Previously there had been an attempt to clear the encroachment which remained unsuccessful due to the family of Gappu Pardhi, who claims to own the land.

Ahirwar pleaded with the officials that he had taken the land on lease and even taken a loan to cultivate it. So, if the crops are destroyed, him and his family would have no option but to end their lives, Ahirwar said. After the couple consumed pesticide, the police booked them as well as their relatives for trying to obstruct public officials on duty.

"In the disturbing videos which are widely under circulation, the husband and wife can be seen being assaulted by the police officers as they dragged them into an ambulance.

The letter also refers to the incident which occurred on March 23, two days before the nationwide lockdown was imposed wherein a lawyer, Deepak Bundele was brutally assaulted by the police while he was on his way to the hospital for treatment, as he was "suspected to be a muslim", Bundele has a beard.

Advocates have stated in the letter-

"It is submitted that such high handedness of the police and brutality of police is completely traumatizing the faith of common man in the Rule of Law.

Such an unfortunate incident is a glaring example of when police tries to assume and usurp the powers and functions of a court of law established under the Constitution of India by use of excessive force in extra-judicial fashion, without proper investigation and without affording him a just and fair opportunity of trial before the Court of Law. The Supreme Court and this honorable Court has time and again strongly condemned the actions of law enforcement officials using excessive force and in a catena of decisions has held the State liable for police misconduct, abuse of power and granted pecuniary compensations for violations of fundamental rights by the police."

Thus, in conclusion, the lawyers have sought in the "interest of justice and fairness" a judicial probe under the supervision of a retired high court judge to be ordered by the High Court and a fair compensation to be given to the farmer couple and their family, victims of such police brutality during the lockdown.