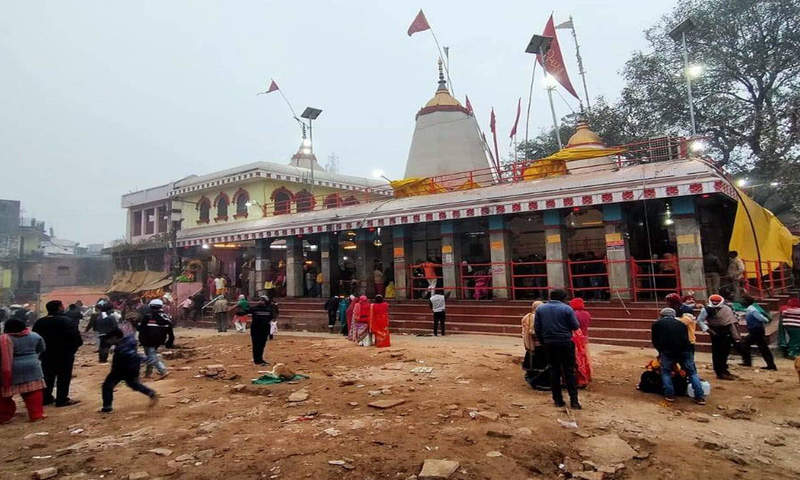 The Allahabad High Court on Monday dismissed a Public Interest Litigation (PIL) Petition seeking a direction to the Uttar Pradesh Government and other authorities to prevent razing of certain temples within the campus of Maa Vindhyawasini Devi Temple, Vindhyachal in District Mirzapur of Uttar Pradesh.

In the PIL, a direction from the Court was sought not to damage/demolish certain temples within the campus of Maa Vindhyavasini Devi Temple.

However, the Bench of Acting Chief Justice Munishwar Nath and Justice Anil Kumar Ojha observed the temple in the premises of Maa Vindhyawasini Devi Temple are private temples and thereby a public interest litigation would not be maintainable against them.

To reach this conclusion, the Court relied upon the Court's order in writ petition bearing No. 49433 of 2006, which was dismissed by the judgment dated 30th March, 2007. In this particular matter, the Allahabad High Court had categorically held that the temples within the Maa Vindhyawasini Devi Temple campus/premises are private temples.

It may be noted that the work of the Vindhyachal Corridor is presently ongoing at a cost of Rs 331 crore and it is targeted to be completed by October this year. In the first phase, the Vindhya circuit is to be constructed around the temple, under which the demolition work of 92 houses and shops within a radius of 50 meters has already been completed.