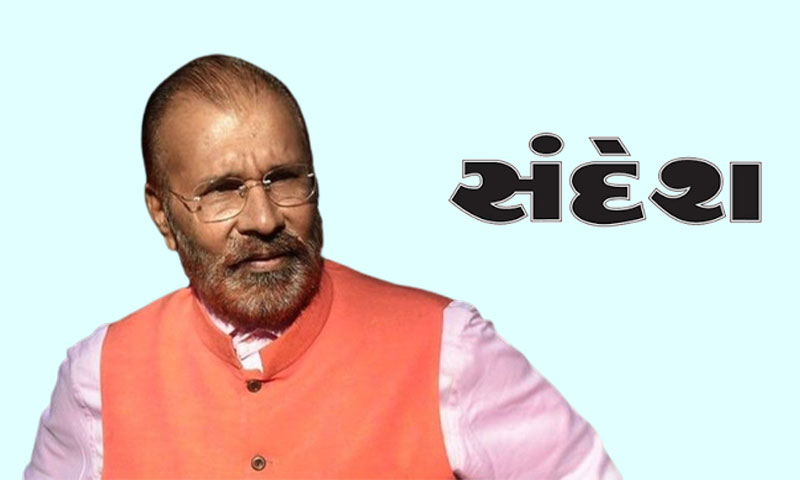 The City Civil Court at Ahmedabad (Gujarat) on Thursday directed Gujarat-based newspaper Sandesh to pay ₹15 Crores as damages to former Deputy Inspector-General of Police from Gujarat, Dahyaji Gobaji Vanzara for publishing a defamatory article against him.

The City Civil Court, Ahmedabad Judge C.S. Adhyaru ordered thus, while decreeing a suit filed by Vanzara alleging defamation and seeking compensation from the Gujarati newspaper Sandesh. The Newspaper has also been permanently restrained from publishing any derogatory and/or defamatory articles against IPS Vanzara.

IPS Vanzara had moved the city civil court with the present suit to claim damages to the tune of Rs.51 Crores from the Newspaper Sandesh, for having published defamatory articles against him and for having defamed him amongst the public at large.

In his suit, he had alleged that the newspaper had published a series of articles years during the years 1997 to 1999 lowering his status and reputation in the eyes of the general public.

He alleged that in certain articles, his personal/family issues were highlighted out of proportion, and in some other articles, corruption, and misuse of his official position had been alleged against Vanzara. Some articles presented his image as a dishonest police officer.

It was the contention of Vanzara that he refuted those allegations by writing a letter to the Editor of Sandesh but the defendants purposefully did not print the same and therefore, it was contended that the defendants are thus, guilty of the code of conduct laid down by the Press Authority of India as they have abused their ownership rights over the press and money they have made out of it.

The defendants argued before the Court that the case of IPS Vanzara was at the most can be said to be based on negligence in publishing a News item. However, the Court did not find that the same was satisfactorily proved by adducing any oral evidence.

In fact, the Court observed that all the oral pieces of evidence adduced on behalf of the defendants have, on the contrary, seemed to support the case of the plaintiff.

Further, in response to the contention of the defendants that they had no men's rea, the Court, taking into observation thus:

"It is also a fact that the plaintiff demanded damages of Rs. 51 crores vide his legal notice. However, nothing is replied to either in affirmative or in denial...It is to note that, as the defendant failed to comply the said notice in respect of damages. So it is the defendants who themselves had failed to cope up with the matter to resolve it by taking corrective as well as remedial measures...even if it is considered no intention was there, then why there was no public apology or even scrolling of corrigendum, which of course does not amount to apology and other aspects are not considered. Therefore, even if it is considered that mens rea is an essential part of tort for defamation, there was no action followed by the defendants."

Apart from this, as regards the damage to the reputation of the plaintiff, the Court opined that it had been proved before it that the disputed publication of articles was per se defamatory.

The Court also observed that it is an admitted fact that the plaintiff is having an impeccable reputation in society and in the police department in particular being a retired IPS officer and that his integrity was never questioned.

Now, regarding the payment of damages, the court was of the view that a plaintiff, in a defamation action is entitled to recover as general compensatory damages, such sum as will compensate him for the wrong he has suffered.

"Such sum must compensate him for the damage to his reputation; vindicate his good name and take account of the distress hurt and humiliation which the defamatory publication has caused," the Court added.

Under the circumstances, from the evidence, documents, and citations relied upon by both the parties, the Court concluded that the plaintiff was entitled to damage for Rs.15 Crores.