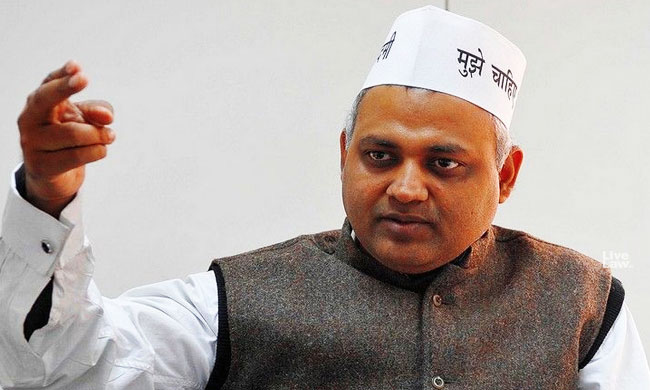 A Delhi Court on Tuesday affirmed the conviction of AAP MLA Somnath Bharti in the AIIMS Assault Case under sec.147 (punishment for rioting) read with sec. 149 (Every member of unlawful assembly guilty of offence commit­ted in prosecution of common object) of the Indian Penal Code along with sec. 3 of Prevention of Damage to Public Property Act, 1984. Howeverer, the Court set aside his conviction under sec. 323, 353 read with sec. 149 of the IPC.

Special Judge Vikas Dhull pronounced the judgment in an appeal preferred by Somnath Bharti, while allowing the appeal partly, which challenged the earlier order dated 23rd January 2021 sentencing him to 2 years of imprisonment in the case.

The case dates back to 2016 wherein FIR was registered on 10.09.2016 on the basis of a complaint against Somnath Bharti, Jagat Saini, Dileep Jha, Sandeep, Rakesh Pandey and approximately 300 unknown associates of Som Nath Bharti for allegedly breaking the fence of boundary wall of AIIMS with JCB for creating an access to AIIMS on 09.09.2016 at around 9:45 AM.

According to the complaint, they were not accompanied by any government official and had damaged the fence boundary of AIIMS wall which is a Government property.

The complaint also alleged that they misbehaved and injured the security personnel of AIIMS while protecting the government land.

Additional Chief Metropolitan Magistrate, Ravindra Kumar Pandey while pronouncing the judgment observed that the Prosecution duly proved the case beyond all reasonable doubts against Somnath Bharti, however, the Court went ahead to observe that the prosecution could not prove its case against the other 4 co-accused in the case, namely, Daleep Jha, Jagat Saini, Rakesh Pandey and Sandeep.