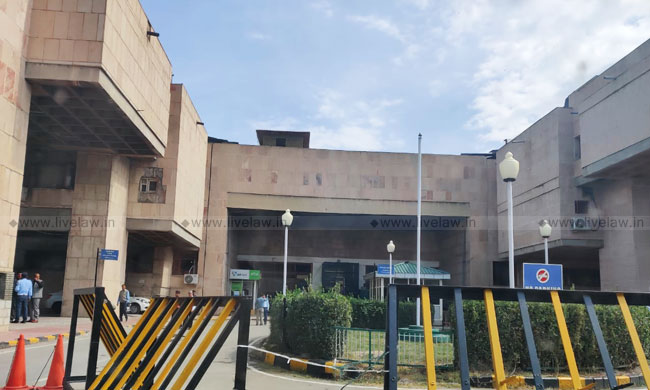 The Jammu and Kashmir High Court on Friday abolished the practice of separate Court timings for summer and winter sessions for Courts.

"Looked at from all aspects, any practice which reduces court timings from the required five hours, or results in wastage of court time, cannot be permitted."

The High Court had been following the colonial practice of change of timings of court functioning, whereby it functioned only for four and a half hours.

The court working hours (judicial side) now stand modified to 10 am till 4 pm for the Jammu Wing and from 10.30 am till 4.30 pm for the Kashmir & Ladakh, applicable all round the year. The same will come into effect from June 1, 2020.

The decision is backed by exhaustive reasons as listed below:

The order states that timings of courts all over the country, except in one State, remain uniform all round the year despite the extreme weather conditions. It is pointed out that only the Rajasthan High Court allows change in court timings for three months between April-June. The same is however due to the geographical location of the State in the desert, which consequentially experiences exceptionally harsh summers with temperatures going well over 50° C.

"It is not so in any part of Jammu and Kashmir," Justice Mittal differentiated. The order states,

"Given the proximity of the Summer Zone districts to the Winter Zone Districts in Jammu and Kashmir with high mountaineous features, the temperatures anywhere in the Union Territory do not reach the high levels as are reached in several other parts of the country. Even if they rise, the Summer Zone Districts have an added advantage of expeditious lowering or temperatures, on account of their proximity to the mountains."

Timing change is a 'past practice'

In this backdrop the order states,

"The fact that the Government itself has done away with the practice of change of timing is extremely pertinent. The very basis for change of timings by courts has been taken away."

The order further points out that it will be difficult to hear matters involving the Government as one of the parties, if the court timing and the timing of the Government functions is not synchronized.

"As a result of the Govt. order dated 13.08.2018, if the courts were to change working timings, no Govt. official or Govt. records would be available to any court before 10 A.M. It would render it impossible to hear writ petitions against the Government in the High Court and valuable judicial timing would be wasted in passing over matters to await officials, Govt. instructions and records," the order read.

Lack of cohesion in working between the two regions

The order also emphasizes on the lack of cohesion between the two wings of the High Court that function during separate hours.

"It has been pointed that from the months of May to October, on account of the differential working hours of the two Wings of the High Court, it is almost impossible to conduct administrative meetings of the High Court judges; to complete compilation of data from the two Wings of High Court and District Courts which, in some cases, are required to be transmitted urgently to the Supreme Court and government," the order states.

The order points out that early morning court hours during summers cause a lot of trouble to the lawyers, litigants and the court staff, especially coming from remote areas, to reach the High Court due to absence of public transport.

Further, it is stated that the Summer Timings coincide with the timings of schools and academic institutions, causing "tremendous pressure" on families.

"This change puts tremendous pressures on families (including court staff, lawyers, litigants), with school going and college going children as they would be required to get the children ready for schools and colleges while having to simultaneously prepare for leaving homes to attend to their duties/court hearings. This difficulty gets exacerbated where cooking and housekeeping duties in the families stand assigned to women court employees/lawyers," the order read.

In view of the lawyers'/ litigants' inability to reach the court on time, Justice Mittal observed that a lot of court's precious time was lost in the course of colonial change of timing practice.

"I am informed by the learned judges who have worked as judicial officers that when posted in district in the Summer Zone which comprised predominantly rural areas, litigants were rarely able to reach the courts early in the mornings. As a result, the courts in these districts are compelled to ordinarily pass over cases till after 9.30 am awaiting appearance of parties/lawyers. Two hours of precious judicial time on each working day was completely wasted.

…resultant loss of court time and the inefficiency introduced by the change in timings justifies maintenance of uniform timing," Justice Mittal said.