No Proposal To Bring 'All India Judicial Services' Due To Lack of Consensus: Law Minister 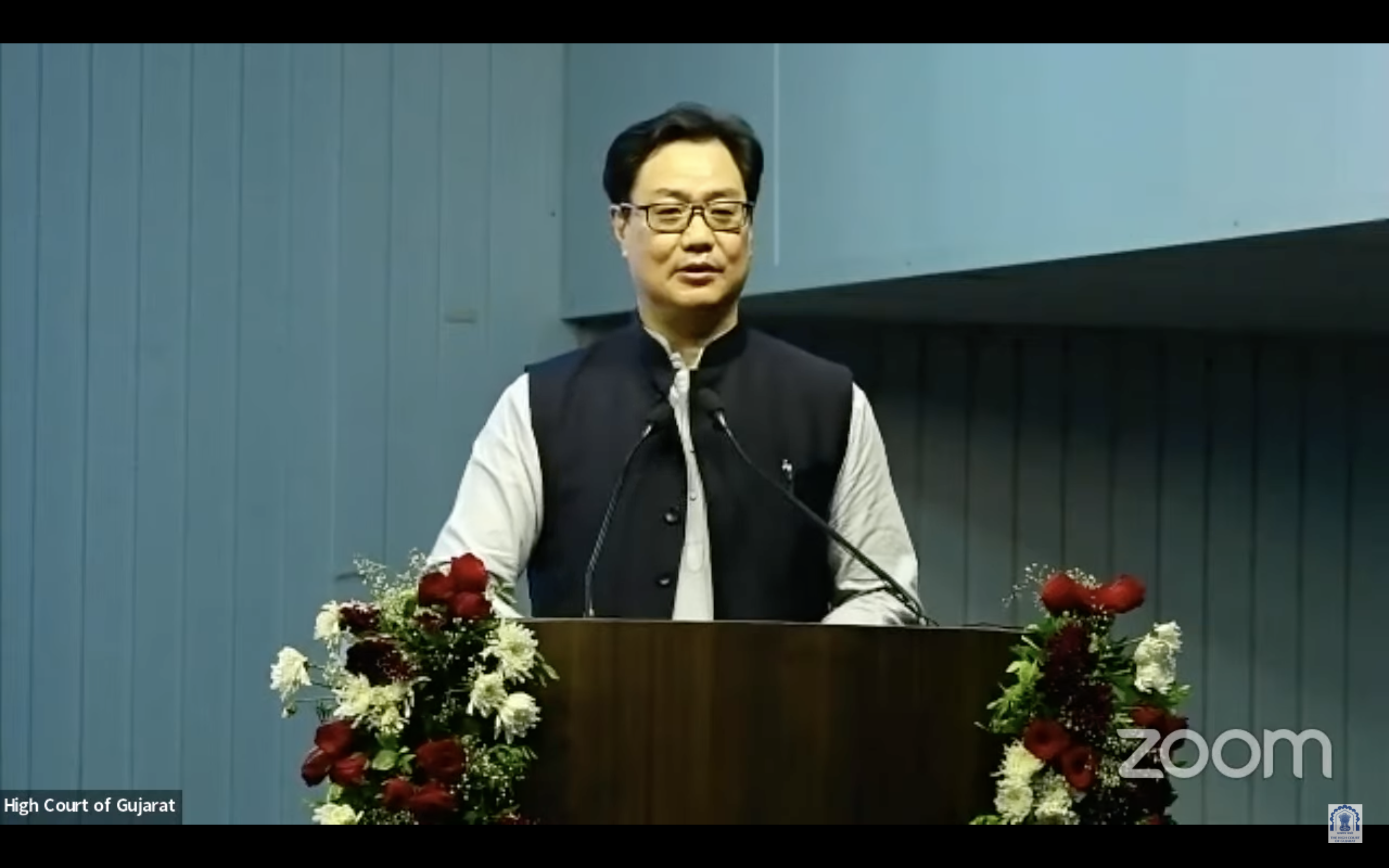 The Union Minister for Law & Justice Kiren Rijiju has informed the Rajya Sabha that presently there is no proposal to bring 'All India Judicial Services' due to lack of consensus among various State Governments and High Courts.

The Minister informed that a comprehensive proposal was formulated for the constitution of an All India Judicial Service (AIJS), and the same was approved by the Committee of Secretaries in November 2012. The views of the State Governments and High Courts were sought on the proposal, which showed divergence of opinion. While some State Governments and High Courts favored the proposal, some were not in the favor of creation of AIJS. In contrast, some others wanted changes in the proposal formulated by the Central Government.

"Besides attracting some of the best talents in the country, it (AIJS) may also facilitate the inclusion of competent persons from marginalized sections and women in the judiciary. The proposal was included as an agenda item in the Conference of Chief Ministers and Chief Justices of the High Courts held in April 2013, and it was decided that the issue needs further deliberation and consideration," the written reply stated.

Earlier the Union Minister had informed the Lok Sabha that on the proposal of creation of AIJS, two High Courts had given consent while 13 remained against it. The matter regarding the creation of a Judicial Service Commission to help the recruitment to the post of district judges and review the selection process of judges/ judicial officers at all levels was also included in the agenda for the Chief Justices Conference, which was held on 3rd and 4th April 2015, wherein it was resolved to leave it open to the respective High Courts to evolve appropriate methods within the existing system to fill up the vacancies for appointment of District judges expeditiously.

The written reply stated that it is the Government's view that a properly framed AIJS is essential to strengthen the overall justice delivery system. This will allow the induction of fresh legal talent selected through a proper all-India merit selection system and address social inclusion by enabling suitable representation to be marginalized and deprived sections of society.

Solicitor General of India, Secretaries of Department of Justice, Legal Affairs and Legislative Department. Setting up AIJS was also deliberated in a meeting of the Parliamentary Consultative Committee in March 2017 and the Parliamentary Committee on the Welfare of SCs/STs on 22.02.2021. Given the lack of consensus, there is currently no proposal to bring All India Judicial Services.

On a question about whether the Law Secretary of States and the Law Secretary of the Union Government are appointed from among the District Judges and whether would it not militate against the principles of separation of powers of the executive from the judiciary, the reply stated that the post of Law Secretary is an ex-cadre post and is not governed by Indian Legal Service Rules.

"A District Judge is not barred from being appointed as Secretary in the Department of Legal Affairs or Law Secretary in the State Governments. The officer while functioning as Law Secretary, has no judicial duties to perform which would militate against the principles of separation of powers.The Department of Legal Affairs, being the Cadre Controlling Authority of Indian Legal Service, reviews the Indian Legal Service Rules periodically in consultation with stakeholders, Department of Personnel & Training and Union Public Service Commission," it added.

Thus, the appointment of a separate commission is not required for the rationalization of Indian Legal Services.