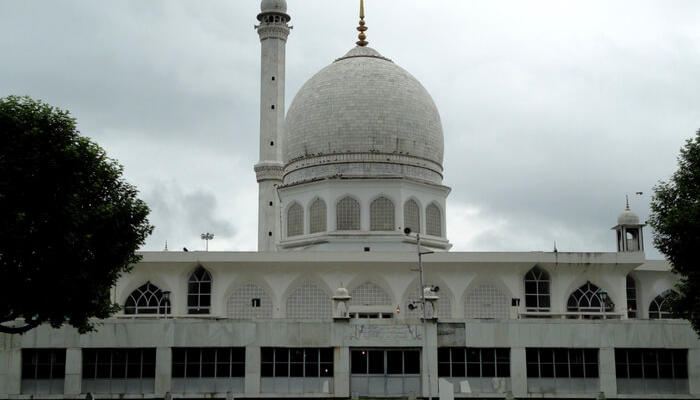 "Until and unless there is a license/permission from the authorities concerned under the Noise Pollution Rules, under no circumstances, Azan can be recited through any sound amplifying devices. In case Azan is being recited through aforesaid means, it will be violative of provisions contained under the Noise Pollution Rules and strict action is liable to be taken against the persons violating such Rules, in accordance with law."

"No one has got the right to make other persons captive listeners."

Holding that recital of Azan is an integral part of the Islamic religion, the Allahabad High Court on Friday allowed the Muezzins of various mosques in the state to recite the Azan, even amid lockdown. However, the court has made strict observations against the use of microphones for the same.

…Azan can be recited by Muezzin from minarets of the Mosques by human voice without using any amplifying device and such recitation cannot be hindered with under the pretext of violation of the Guidelines issued by the State, to contain the pandemic- Covid19," the bench of Justices Shashi Kant Gupta and Ajit Kumar has held.

The observation has been made in a batch of PILs and letter petitions filed before the High Court against alleged orders restricting recital of Azan during the lockdown. The Petitioners, MP Afzal Ansari, Former Union Law Minister and Senior Advocate Salman Khurshid and Senior Advocate S. Wasim A. Qadri, had sought permission to recite Azan through "Muezzin", by using sound amplifying devices.

The primary contention raised by the Petitioners was that restrictions imposed by the administration for recital of Azan were wholly "arbitrary and unconstitutional".

"Ban on Azan through sound amplifying device is violative of fundamental right as provided under Article 25 of the Constitution of India, as reciting Azan is an essential religious practice," the Petitioners had contended.

It was submitted that pronouncement of Azan is "not a congressional practice" but is simply an act of recitation by a single individual, calling the believer to offer Namaz at their homes and therefore the same does not violate any of the conditions of the prevailing lockdown.

Senior Advocate Salman Khurshid had also informed the court that the local police and the administration had pasted "unsigned notices" on the entrances of several mosques in Farrukhabad, and all attempts made to seek redressal from the District Administration had been futile.

The State on the other hand contended that Azan is a call for congregation to offer prayers at the Mosque and is therefore in violation of the Guidelines for containing the pandemic.

The allegations of pasting unsigned notices were denied by the Government by submitting the mosques were, voluntarily, not pronouncing Azan since March 24, 2020 and thus, there was no occasion to issue any restraint order or direction.

The Government had also contended that recital of Azan was contrary to Rule 5 of the Noise Pollution (Regulation and Control) Rules, 2000 which states that a loud speaker or a public address system shall not be used except after obtaining written permission from the authority.

The court rendered its judgment by answering two questions:

(1) Whether any order prohibiting or restricting the recitation of Azan, through sound amplifying devices, is violative of the Article 25 of the Constitution?

Taking cue from the Apex Court's judgment in Church of God (Full Gospel) in India v. KKR Majestic, (2000) 7 SCC 282, the court held recital of Azan is an integral part of Islam, subject to reasonable restrictions.

In the said case, the Supreme Court had held,

In this backdrop the High Court held,

"Azan may be an essential and integral part of Islam but recitation of Azan through loud-speakers or other sound amplifying devices cannot be said to be an integral part of the religion warranting protection of the fundamental right enshrined under Article 25 of the Constitution of India, which is even otherwise subject to public order, morality or health and to other provisions of part III of the Constitution of India. Thus, it cannot be said that a citizen should be coerced to hear anything which he does not like or which he does not require since it amounts to taking away the fundamental right of other persons."

A similar finding was also rendered by the Calcutta High Court while deciding the issue of using sound amplifying devices for the purposes of reciting Azan, in the case of Moulana Mufti Syed Mohammed Noorur Rehman Barkati & Ors. v. State of West Bengal & Ors., MANU/WB/0211/1998.

The division bench then went on to note that microphones did not exist at the time of Prophet Muhammad and rather, was a gift of the technological age. Thus it was held that the practice of reciting Azan through microphones was not an essential.

"It will be not out of place to mention that in the past, during old days when the loud-speaker was not invented, Azan used to be given by human voice. The use of microphone is a practice developed by someone and not by the Prophet or his main disciples, and which was not there in the past, and that the microphone is of recent origin and accordingly it could not be said that the use of microphone and loud-speaker is essential and integral part of the Azan," the court held.

Further, it was held that loudspeakers cannot be used except with requisite permission of the authorities as per the Noise Pollution Rules. It observed,

"In the present case, there is no averment in the writ petition that any permission has been sought by the concerned persons to recite the Azan through loudspeakers or any public address system. Therefore, until and unless there is a license/permission from the authorities concerned under the Noise Pollution Rules, under no circumstances, Azan can be recited through any sound amplifying devices. In case Azan is being recited through aforesaid means, it will be violative of provisions contained under the Noise Pollution Rules and strict action is liable to be taken against the persons violating such Rules, in accordance with law."

(2) Whether the recital of Azan by Muezzin/authorized person violates any of the orders issued by the Government for containment of Covid­19 crisis?

Answering in the negative, the court held that the Government had not been able to explain as to how the recitation of Azan merely through human voice can be violative of any provision of law or any guidelines issued in view of Covid-19 pandemic.

It concurred with the submission made by the Petitioners that recitation by a single individual cannot breach the lockdown measures.

"We fail to understand as to how the recital of Azan by a single person in the mosque i.e. Muezzin/Imaam or any other authorised person, through human voice without using any amplifying device, asking the Muslims to offer prayer and that too without inviting them to the mosque, can be violative of any guidelines. Merely reciting of Azan from the mosque through human voice does not cause any health hazards to any person of the society," the court held.

It thus directed that Azan can be recited by Muezzin from minarets of the Mosques by human voice, without using any amplifying device. The court also directed the administration not to cause hindrance in the same on the pretext of the Guidelines to contain the pandemic.