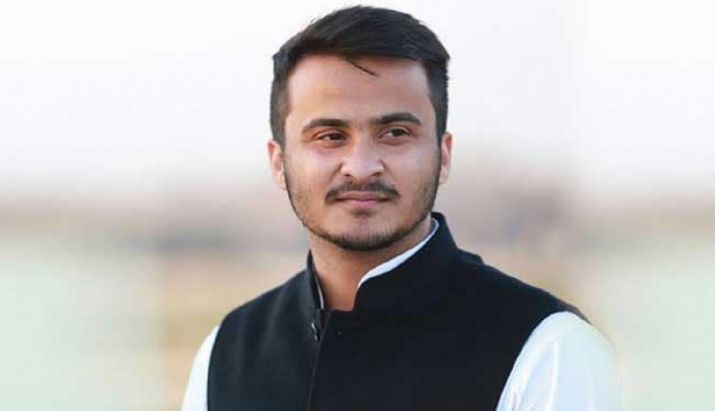 Court found that he had not attained the age of 25 years at the time of contesting elections.

In a major blow to Mohd. Abdullah Azam Khan, Samjwadi Party's MLA from Rampur, the Allahabad High Court disqualified him from the membership of the State Legislative Assembly for being less than 25 years of age as on the date of election.

Azam Khan is the son of Mohd. Azam Khan, who was MLA and the then Cabinet Minister (Urban Planning, Development and Local Bodies) in Government of Uttar Pradesh, during the year 2012 to 2017.

The Petitioner had also raised this issue before the Returning Officer the Election before the elections however, his objection came to be rejected.

While noting that the burden of proof to show that a candidate was disqualified as on the date of the nomination lay on the election petitioner in terms of Section 103 of the Indian Evidence Act, the court observed that the Petitioner had discharged the initial burden of proof with regard to the age of Azam Khan.

The court took note of several instances where Azam and his parents had overtly disclosed his birth year to be 1993. In such circumstances, the court did not believe that a highly educated family will take years to realize that the date of birth of their son is wrongly recorded in his Class X mark sheet. It said,

The court went on to hold that the fresh birth certificate and the order of cancellation of old certificate were false and fabricated.

It observed that the entry made in the aforesaid birth register of Nagar Nigam, Lucknow was a clear case of manipulation Advocate Azam's birth entry had been inserted in very little space at the bottom of the page, showing it to have been made on 30.09.1990. The court also noted that Azam's entry did not bear signature or order of any authority of the Nagar Nigam, Lucknow, or a Sub-Divisional Magistrate. Thus, it was held that the entry in the aforesaid birth register in Azam's name was not made on 30.09.1990.

The court also noted that Azam's father was the Cabinet Minister of the Department of Urban Development and Local Bodies and both Nagar Nigam, Lucknow as well as Nagar Palika Parishad, Rampur were under his ministry when the fresh certificate was issued and the order of cancellation of old birth certificate was passed.

"It shall not be out of place to mention that when the birth certificate dated 21.01.2015 of the respondent was got issued from Nagar Nigam, Lucknow, at that time the respondent's father was," the court remarked.

These provisions specifically provide that any birth or death which has not been registered within one year of its occurrence shall be registered only on an order made by a Magistrate of Ist Class or a Presidency Magistrate after verifying the correctness of the birth or death and on payment of the prescribed fee.

In this view it was held that Nagar Nigam, Lucknow, did not have the jurisdiction to register Azam's birth or to issue a birth certificate to him without an order of a Sub-Divisional Magistrate.

Lastly, the court refused to appraise the medical report issued by CMO, Rampur, which had been produced by Azam to contend that his average age was 26 years as on the date of election.

The court said that it was bound to determine the age on the basis of material on record and on appreciation of evidence adduced by the parties. It added however that even if the aforesaid medical report could be looked into, then applying the general rule of age determination by ossification test- plus minus two years factor, the age of the respondent in 2017 would come to 24 indicating birth year of the respondent to be the year 1993.

"The medical evidence may be useful as guiding factor but it is not conclusive and has to be considered along with other cogent reasons," the court remarked.

"the age determination based on ossification test though may be useful is not conclusive . An X-ray ossification test can by no means be so infallible and accurate a test as to indicate the correct number of years and based of a person's life."

"In view of the aforesaid, the Election-Petition is Allowed. The election of the respondent from 34-Suar Assembly Constituency of District Rampur is declared void and consequently it is set aside," the court directed.