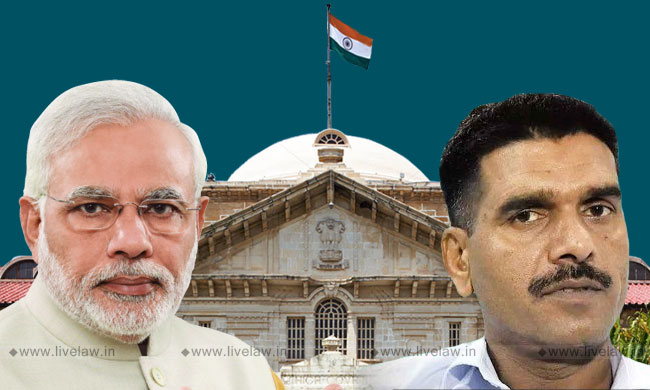 The Allahabad High Court on Wednesday adjourned the hearing of the petition challenging the election of Prime Minister Narendra Modi from Varanasi until September 4.

The petition is filed by former BSF jawan Tej Bahadur Yadav, who was declared Samajwadi Party candidate from Varanasi but failed to contest the election as his nomination papers were rejected by the returning officer.

The single bench of Justice Manoj Kumar Gupta is hearing the matter.

Advocate K R Singh appeared in Court on behalf of PM. The Court had issued notice to PM Modi on July 20, seeking his appearance on August 21.

Yadav has filed the petition stating that his nomination was rejected by the poll officer illegally. The reason given for the rejection of Yadav's papers was his failure to submit a certificate that he was not sacked from the BSF for either corruption or disloyalty.

Yadav asserted that he had produced his dismissal order along with the nomination paper, which showed that he was dismissed for alleged indiscipline and not for corruption or disloyalty to state. Therefore, he argued that his case was not covered by Section 9 of the 1951 Act and hence certificate by the Election Commission under section 33 (3) of the Act of 1951 was not required.

He also argued that no opportunity of being heard was given before rejection of his nomination papers,

The Supreme Court had refused to entertain his petition against the rejection of nomination.