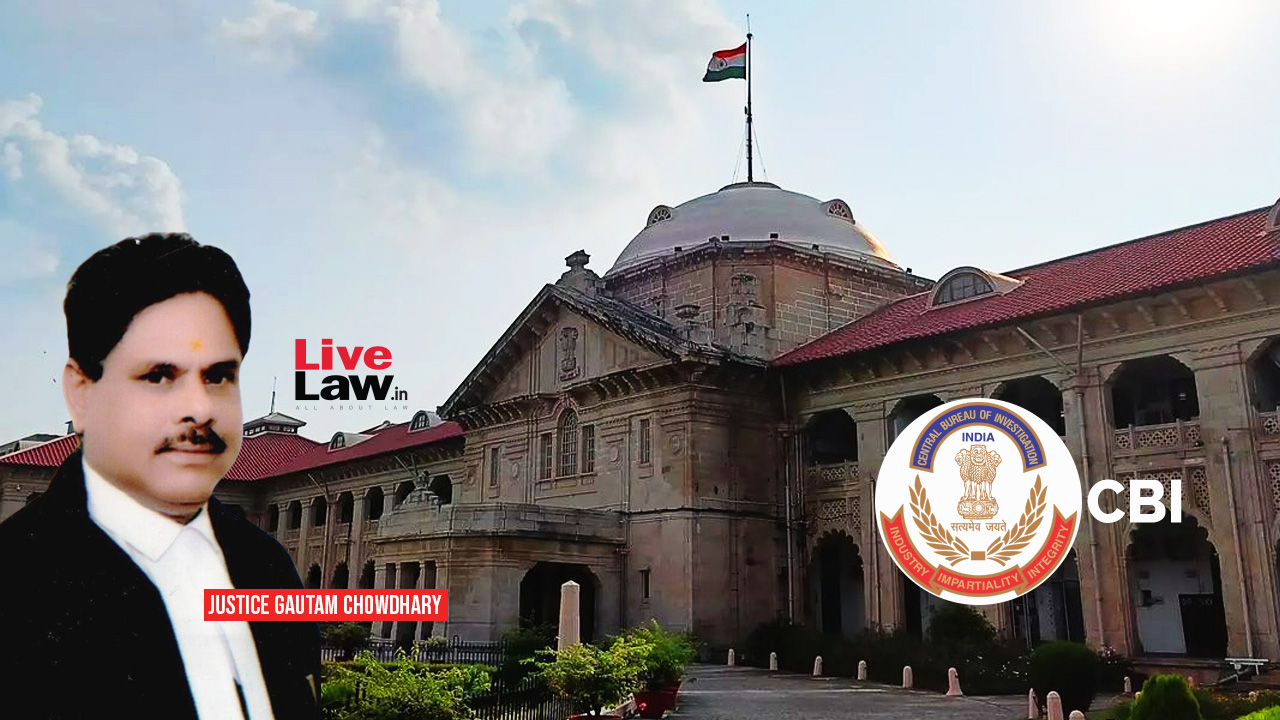 In a significant order, the Allahabad High Court has directed the Central Bureau of Investigation (CBI) to probe into a bunch of cases allegedly filed falsely against Advocates, others implicating them under charges of rape and offences under the SC/ST Act for the purpose of extracting money.

The bench of Justice Gautam Chowdhary emphasized that in the interest of justice and to protect the interest of Advocates, who are victimized of false accusations merely on the ground that they are contesting the case on behalf of accused persons, it was necessary that the cases be investigated by CBI.

Essentially, the Court was hearing a Section 482 CrPC application filed by the alleged victim seeking expeditious disposal of trial against the accused (an advocate) who was booked under Section 376-D, 506 IPC and Section 3(2)(v) of SC/ST Act.

However, when the matter came up for hearing on July 21, 2022, the counsel appearing for the accused advocate submitted that there is a gang of Advocates operating in the High Court who trap people in these types of fake cases and after the submission of the charge sheet, extort money from them.

It was further submitted that the members of this gang get people trapped in the SC/ST Act case and distribute the money among themselves after getting money from the Government.

Taking note of this submission, Court asked the counsel of the accused-opposite party no.2 namely, Bhupendra Pandey, to produce the list of such cases which have been registered against the innocent persons including the Advocates.

Now, today a list of 51 such cases was produced before the Court and it was submitted that false and frivolous F.I.Rs. have been lodged even against the village Pradhan and other innocent villagers only to extract money from the innocent persons at the stage of investigation on the pretext of dropping the proceedings against them.

It was further submitted that the modus operandi adopted by the members of the 'gang' is that when the accused persons refuse to provide them money, they give threat to their counsels not to contest their cases, failing which, even they would be implicated under SC/ST cases, rape cases etc.

It was lastly informed to the bench that in the said conspiracy several counsels of the District Prayagraj have been victimized of false accusation.

Taking note of the submissions and the list of cases coupled with the allegations made therein, the Court called it a serious matter and therefore, it found it fit to allocate the cases to the CBI to make an investigation into the entire gamut of allegations.

"Looking into the gravity of the case that gang is operating to lodge frivolous F.I.R. against the Advocates of Allahabad High Court as well as District Court for the reasons that they are contesting the cases on behalf of the accused persons and secondly that money was demanded to withdraw the cases...In the instant case, it appears that there is a miscarriage of justice, thus relying upon the Judgement of Hon'ble Apex Court in the matter of State of West Bengal and others (supra) as well as in the interest of justice and to protect the interest of Advocates, who are victimized of false accusations merely on the ground that they are contesting the case on behalf of accused persons. it is necessary that the matter be investigated by the C.B.I."

Consequently, the Court ordered that a preliminary enquiry be conducted by C.B.I. with regard to the cases mentioned in the list as well as the instant case crime within a period of two months.

Gyan Prakash, Senior Counsel for the C.B.I. assisted by Sanjay Kumar Yadav, Advocate, was directed to produce the preliminary report in a sealed cover before the Court on the next date fixed.

The Court also made it clear that till the submission of the preliminary enquiry report by the C.B.I. there shall be no arrest either of the accused persons or any other aggrieved persons.