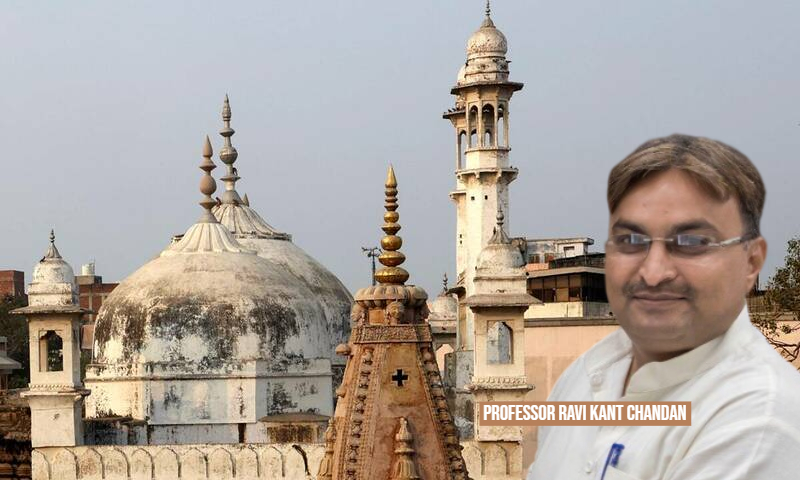 The Bench of Justice Arvind Kumar Mishra-I and Justice Manish Mathur, however, directed UP police to comply with the provisions as contained under Section 41 (1) (b) read with Section 41-A of the CrPC, in case Professor Chandan's arrest is effectuated.

It may be noted that FIR against him has been registered for his remarks made on May 9, during a debate on Satya Hindi Youtube Channel. He has been booked under sections 153-A, 504, and 505(2) of the Indian Penal Code and Section 166 of the Information Technology (Amendment) Act.

As per the FIR, accessed by Live Law, it has been alleged that Prof Chandan made indecent remarks against Kashi Vishwanath Temple and Hindu Saints during the debate and thereby tried to hurt the sentiments of Hindu students, and he also attempted to vitiate the harmony of the University.

It has been further alleged that when he faced protests from the students, he called goons from outside the University campus who attempted to assault the protesting students.

Challenging this very FIR (registered on May 10), Professor Chandan moved to the High Court, however, the Lucknow bench of the HC, having persued the FIR, concluded that the FIR did disclose a cognizable offence and therefore, his prayer to quash the same was rejected.

Further, his Counsel Advocate Nitin Kumar Mishra contended that for the alleged offence, even if the charges are found to be proved, a sentence of more than 7 years can not be awarded and, in view of this, mechanically arrest should not be effectuated by the police personnel.

In view of this argument, the Court observed thus:

"The fact of the matter is that till date arrest has not been effectuated and this is mere apprehension of the petitioner that he would be arrested in breach of provisions as contained under Section 41 (1) (b) read with Section 41-A of the Cr.P.C. Once there is statutory provision provided for then it is always expected that the said provisions would be adhered to and in case there is any violation of the same, complaint can also be made before the Magistrate concerned to remedy the situation."

Consequently, the Court directed that in case arrest of the petitioner is to be effectuated and the offence, in which he is wanted, will not entail sentence of more than 7 years then in that event, concerned police personnel should deal with the matter in compliance of the provisions as contained under Section 41 (1) (b) read with Section 41-A of the Cr.P.C.