On April 14, the high court had issued an office order suspending the operation of Para 17 of the e-filing procedure which stipulated that if an Advocate fails to appear through video-conferencing on the date and time slot fixed for him, the Court may proceed to decide the matter on merits, exparte.

The letter points out that despite the Office Order of April 14, bail applications in many criminal cases were being rejected ex-parte.

"We may point our that the paragraph No.17 of the notice for E-filing had been suspended by notice dated 14.04.2020 and an impression was given to litigants and lawyers that in the extreme situation of E-filing and taking tip of pending matters in the absence of counsel the absolutely unknown and new procedure being adopted would entail that no adverse orders would be passed exparte while the same impression has been created by your earlier notices with respect to the working of the courts during the lockdown," the HCBA said.

The Association said that such incidents have put lawyers to "personal embarrassment" and even "allegations of failure to discharge professional duties". It said,

"We use this opportunity to point out that judicial discipline and propriety sustain the faith of the lawyers and litigants in the judicial system and passing adverse orders exparte especially in Bail Applications when counsel are not in a position to argue their briefs on account of the lockdown would not be conducive to the administration of justice and would necessarily result in situations where the litigant would he put to adverse consequences without any legal assistance."

Thus the Association has urged the Chief Justice to issue appropriate guidelines for disposal of cases and ensure strict implementation during these extraordinary and unfortunate times.

"We request you that appropriate instructions be issued framing clear cut guidelines and policy which are to be strictly and uniformally adopted during existing process of hearing matters including matters pending or freshly riled. The lawyers in the above cases have been put to personal embarrassment and even allegations of failure to discharge professional duties which is unfortunate and avoidable." 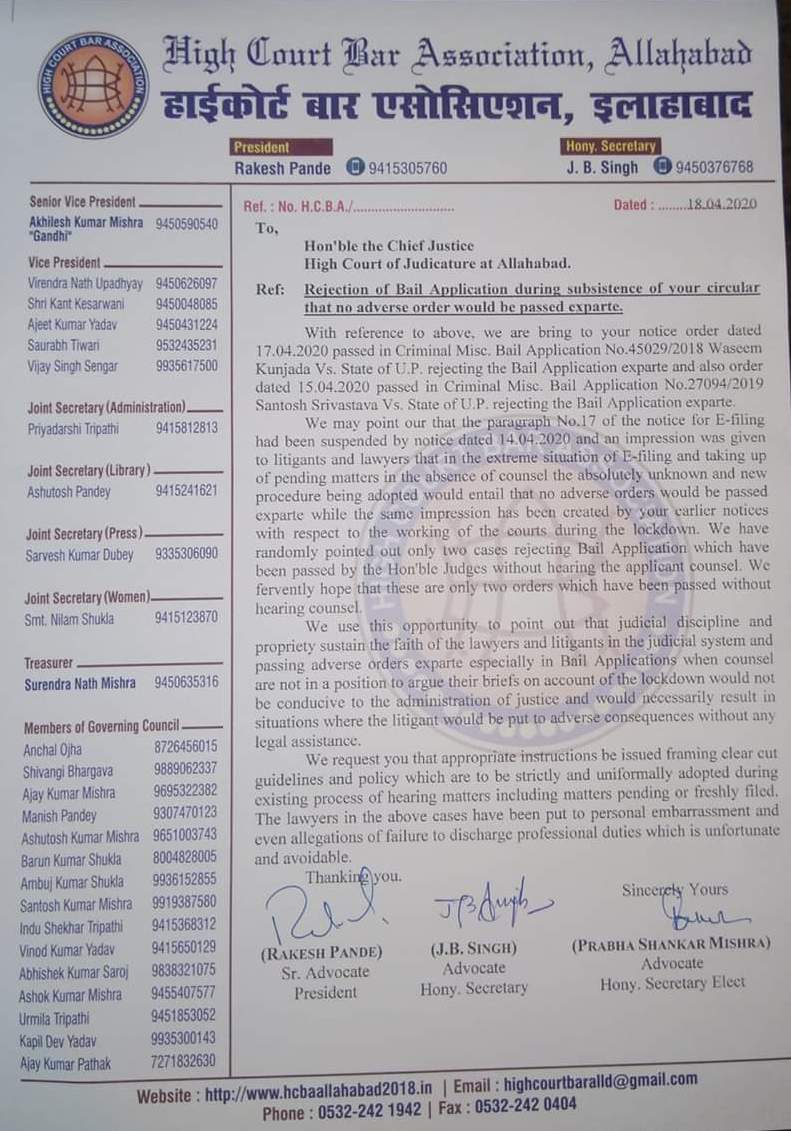