Can't Give Custody Of Minor 'Husband' To 'Wife' As It Would Be Sanctioning Cohabitation Between Adult & A Child: Allahabad High Court 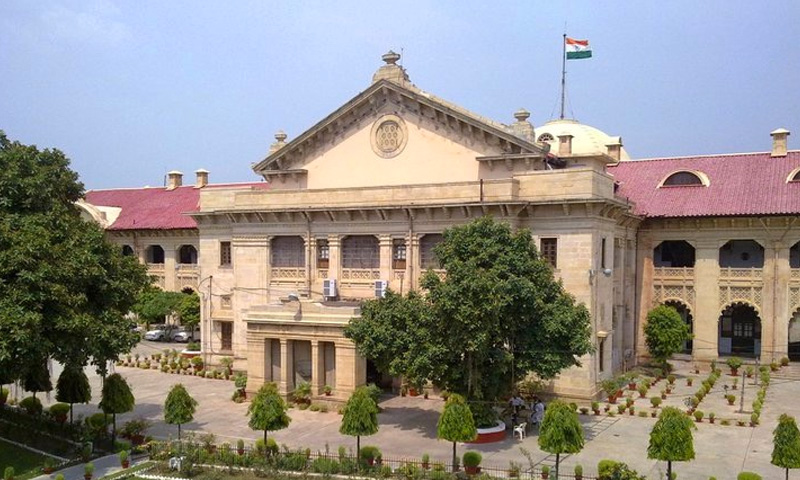 Noting that if a minor boy would be placed under the custody of his wife, it would be permitting an offence under the POCSO Act, the Allahabad High Court recently refused to give custody of a minor 'husband' to his 'wife'.

The Bench of Justice J. J. Munir held that their marriage was voidable and if the minor boy is placed under the custody of his wife, it would amount to sanctioning cohabitation between a major and a minor.

Manish Kumar, aged about 16 years and a half and he married Jyoti, a major and an adult in the cognizance of law, who is just above the age of 18 years.

She also alleged that her minor son was illegally detained by Jyoti and her family members and thus Manish's mother filed the instant Habeas Corpus Writ Petition.

She arrayed Manish Kumar as the first petitioner and herself as the second, asking the Court to order Manish Kumar, her minor son, to be produced before this Court and upon production, set at liberty in the manner that Manish Kumar be entrusted to her care and custody.

However, before the Court, the Minor boy Manish Kumar stated it clear that he did not wish to live with her mother.

The Court noted that just as there cannot be the case of a minor Hindu wife being married to a major and the husband regarded as her natural guardian under Section 6(c) of the Act of 1956, the POCSO Act, similarly works to prohibit sex between a man, who is a minor and a woman, who is a major.

"A female, who is a major, if she were permitted to marry, or more particularly, consummate marriage with a child, would be liable under Section 3/4 of the Act of 2012, subject, of course, to the charge being established at the trial, after a prosecution is instituted."

Referring to the facts of the case, the Court ruled that if Manish, who is still below the age of 18, were to be placed in the custody of his wife, it would be virtually sanctioning the imminent commission of the offence under Section 3/4 of the Act of 2012, or the other penal provisions of the said Statute.

"To entrust the minor Manish Kumar to the custody of his major wife, would not only be patently illegal, but virtually permitting an offence under the Act of 2012, in violation of the interest of the child that the said Statute is designed to protect. If that were done, by application of no principle or yardstick, can it be regarded as an option that would secure the welfare of the minor."

Importantly, the Court ruled that:

"The custody or care of a minor, that inherently makes or has the potential of making the minor the victim of an offence and his adult guardian an offender under the Act of 2012, cannot be regarded as a custody or arrangement made to ensure the welfare of the minor."

Hearing both the parties, the Court also formed the following issues for consideration:

Question: Whether the marriage of a minor in contravention of the Hindu Marriage Act and Section 14 of the Prohibition of Child Marriage Act, 2006 is void ab initio?

Answer: Marriage of a minor in contravention of Section 5 (iii) of the HMA and Section 3(1) of the PCMA is not void ab initio for a rule, but voidable at the option of the minor. But, if any of the contingencies contemplated under Section 12 of the PCMA exist and can be proved, the marriage would be void.

Question: Whether a minor who does not want to stay with his parents, is entitled to stay with a person of his choice, particularly, where he is on the verge of attaining majority and in the age group of expressing his intelligent choice?

Answer: Depending on the totality of circumstances of a given case and the expression of his intelligent choice by a minor, who is on the verge of attaining majority, the Court may, in a given case, permit a minor to stay with a person of his choice in preference to his parents or other natural guardians

Questions: Whether a minor who decides to stay away from his parents or natural guardian with a stranger of his/her choice can be compelled by the natural guardian to be restored to his custody, particularly, through a writ of habeas corpus?

Answer: Where a minor decides to stay away from his parents or natural guardian with a stranger of his choice, he cannot be compelled to be restored to the custody of a natural guardian through a writ of habeas corpus, subject to the condition that the Court comes to the conclusion that the welfare of the minor is better secured with the stranger, in comparison to the natural guardian. Of course, the Court must go about this exercise very carefully.

Question: Whether a minor can be permitted to live with an utter stranger other than a natural guardian, if the welfare of the minor is better ensured to the Court's satisfaction in the hands of the utter stranger?

Answer: The Court before entrusting the custody of a minor to an utter stranger should be clearly and unequivocally satisfied on evidence in the case, that the minor's welfare is decidedly better secured in the stranger's hands, than the natural guardians.

However, the Court did add that:

"While it may be permissible for the Court in a given case to choose an utter stranger over a natural guardian, that choice must be exercised with utmost sagacity, care and circumspection, and upon a careful evaluation of the bona fides and circumstances of the stranger; and the decisive and marked poorer prospects of welfare for the minor in the hands or the company of a natural guardian. It should be done in very rare cases."

The Court ordered that the minor boy would stay in a State Facilities, like a Protection Home or a Safe Home or a Child Care Institution until he attains the age of 18 years.

This arrangement has been made considering Manish's stand that he does not want to go back to his mother, however, the Court said that if for any reason, before February 4, 2022, he desires to go back to his mother, it will be open to him, through an official of the Home where he is housed, to make an application for the purpose to the Child Welfare Committee, appointed under the Act of 2012.

"He will then be produced before the Child Welfare Committee, who will ascertain his stand in the matter by recording his statement viva voce. If Manish's stand is clear that he wishes to go back to his mother during the period of his minority and the Child Welfare Committee are satisfied that it is a voluntary statement, Manish shall be permitted to go back to his mother and shall stay there until he attains the age of 18 years. After that Manish would be free to go wherever he likes and stay with whomsoever he wants, including his wife," concluded the Court.

Case title - Manish Kumar And Another v. State Of U.P. And 7 Others