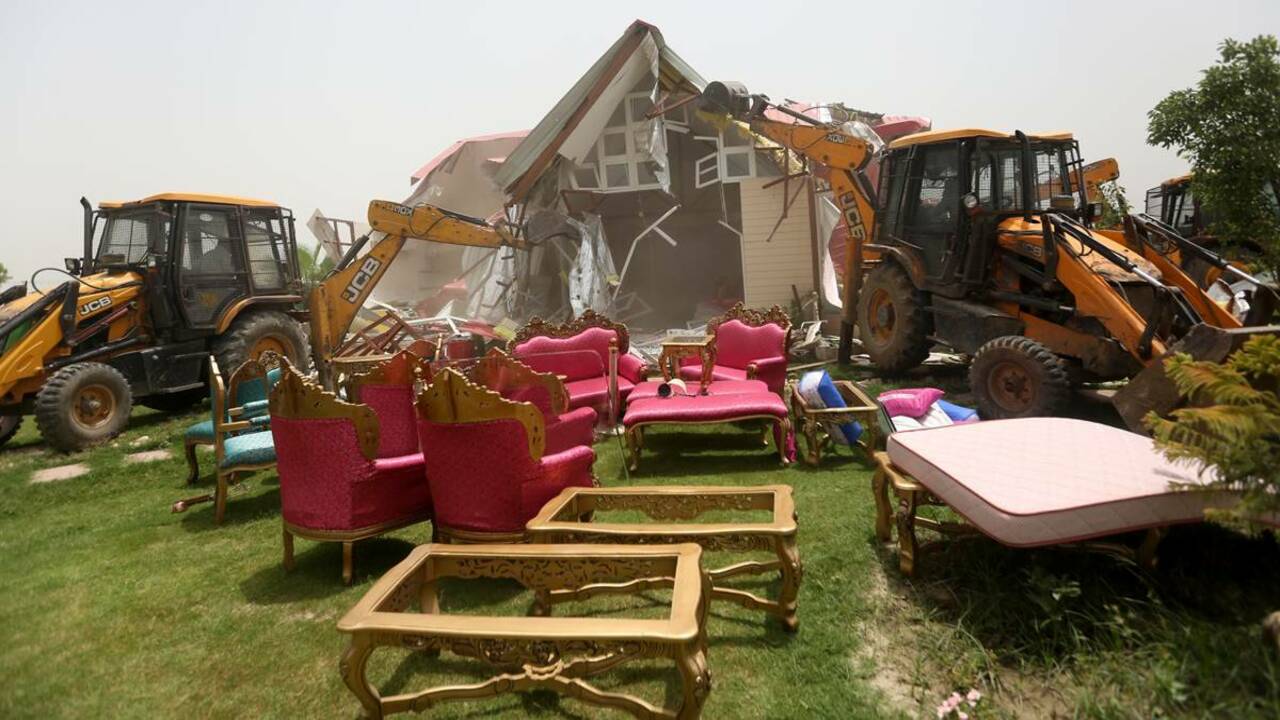 The Allahabad High Court on Tuesday ordered a conditional stay on the demolition drive being carried out by the Noida Authority along the Yamuna floodplains.

The bench of Justice Manoj Kumar Gupta and Justice Sameer Jain issued this order on a plea challenging a public notice issued by the NOIDA Authority on June 8 declaring that no construction is permissible in the Yamuna/Hindon flood plains area and all the constructions therein shall be liable to be demolished.

The Bench has also given 10 days' time to the property owners (petitioner-society and its members) to file their objections to the public notice treating it as a show-cause notice issued to them.

It may be noted that in the past few days, several farmhouses/structures were demolished by the Noida Authority in its anti-encroachment drive amid heavy police deployment stating that the constructions were illegal.

The instant plea had been moved by Harit Kisan Kalyan Samiti through Advocate Ashwarya Sinha which represents the interest of people who reside in the area concerned which could be targeted by the NOIDA Authority during their demolition drive.

The members of the Petitioner society are the occupants of homes situated in the Yamuna Flood Plains and they have approached the Court with an apprehension that NOIDA Authority may carry out illegal demolitions of their homes without due notice to each of the members.

The plea essentially challenges the legality and validity of the "Public Announcement" dated June 8, 2022, issued by the CEO of NOIDA Authority whereby a blanket declaration had been issued stating that all construction on the Yamuna Flood Plains is illegal and liable for demolition.

Now, while hearing the matter on Tuesday, the Court was told by the petitioner that the members of the petitioner-society have not been served with any individual notice and merely on basis of an impugned public notice, the NOIDA authority is threatening to demolish the constructions.

On the other hand, the Additional Advocate General invited Court's attention to various proceedings and reports submitted before the National Green Tribunal by Yamuna Monitoring Committee and tried to contend that the NOIDA Authority while issuing public notice has acted strictly in accordance with the law.

However, when the Court queried as to whether there is in existence any individual demolition orders against members of the petitioner society or other persons who are getting affected by the impugned public notice, the AGA admitted that there is no individual order in existence.

It was his further contention that it is difficult for the authority to identify the actual owner/occupier of the plot/land over which such constructions have been raised, therefore, individual notice/order has not been issued so far.

He, however, further submitted that in case, the petitioner-society and its members file an objection in pursuance of an impugned public notice, treating it to be a show-cause notice, the NOIDA Authority would decide the same and will not take any action, till the disposal of the objection.

In view of this submission, the Court issued the following direction: