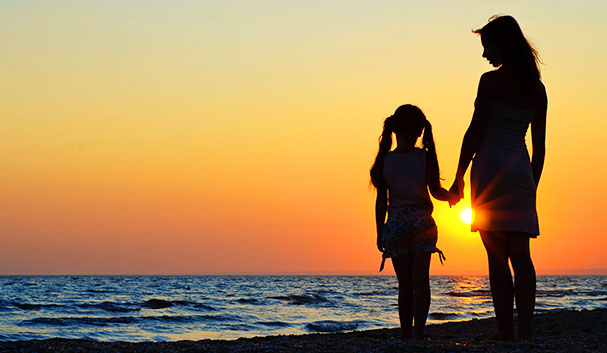 On Friday, the Allahabad High Court dismissed the habeas corpus petition of paternal grandparents, seeking the custody of a minor girl child aged about 3 years, from her maternal grandfather.

Justice Y.K Srivastava observed that the facts do not indicate that the custody of the minor with her maternal grandfather can in any manner be said to amount to illegal and improper detention. It observed,

"The child from her infancy, when she was of a tender age, appears to be living with her maternal grandfather. This, together with the fact that the father claiming custody is named an accused in a criminal case relating to the death of the mother of the corpus, would also be a relevant factor. The other considerations that would have a material bearing would be the necessity of the child being provided loving and understanding care, guidance, and a warm and compassionate relationship in a pleasant home, which are essential for developing the child's character and personality."

The Court emphasized that the paramount consideration would be the welfare of the minor and not the competing rights concerning guardianship agitated by the parties for which the proper remedy would be before the appropriate statutory forum.

The paternal grandparents filed a habeus corpus petition seeking custody of the minor girl child. The said minor child was born out of wedlock, where the husband was accused of harassment and cruelty on account of dowry demand. In furtherance of the same, a criminal complaint was filed under Sections 498A, 304B IPC, and Section 3/4 Dowry Prohibition Act, 1961.

Advocates M.D. Mishra and Ramanuj Yadav, appearing for the petitioner, contended that for the minor child, in the absence of her mother, her father, who is the only surviving parent, would be her natural guardian as per Section 6 of the Hindu Minority and Guardianship Act, 1951. Thereby contending that the custody of the child with the maternal grandfather is illegal.

They relied on Tejaswini Gaud v. Shekhar Jagdish Prasad Tewari and others and Kumari Palak (Minor) and another v. Raj Kumar Vishwakarma and Ors.

Senior Advocate Anup Trivedi, appearing for the respondents, controverted the said assertions by submitting that the minor girl has been in the custody of her maternal grandfather ever since her mother was tortured for dowry.

It was further submitted that after her mother's death, on account of the torture and cruelty inflicted upon her, the minor child is under the care and custody of her maternal grandfather. It can in no manner be held to be illegal. Moreover, it was pointed out that the paternal grandparents and father are named accused in the FIR relating to dowry death and are facing a criminal trial.

It was submitted that it would be totally against the minor child's interest to grant her custody to the said petitioners. The respondents relied on a catena of judicial precedents to support their claim.

Writ as a right in matters of custody:

Relying on Nithya Anand Raghvan Vs. State (NCT of Delhi) and another, the Court observed that the principal duty of the Court in such matters is to ascertain whether the custody of the child is unlawful and illegal and whether the welfare of the child requires that his present custody should be changed.

It also relied on Syed Saleemuddin vs. Dr. Rukhsana & Ors, where it was held that in a habeas corpus petition seeking transfer of custody of a child from one parent to the other, the principal consideration for the Court would be to ascertain whether the custody of the child can be said to be unlawful or illegal and whether the welfare of the child requires that the present custody should be changed.

The Court noted that under Section 12 of the Guardianship and Wards Act, it is empowered to make interlocutory orders for the protection of a minor, including an order for temporary custody and protection of the person or property of the minor. It observed,

"The aforestated provisions make it clear that in a matter of custody of a minor child, the paramount consideration is the "welfare of the minor" and not the rights of the parents or relatives under a statute which are in 19 force. The word "welfare" used in Section 13 of the HMGA has to be construed liberally and must be taken in its widest sense."

It was further remarked that the subject matter relating to custody of children during the pendency of the proceedings under the Hindu Marriage Act, 1955 is governed in terms of the provisions contained under Section 26, which applies to "any proceeding" under the HMA. It gives the power to the Court to make provisions concerning (i) custody, (ii) maintenance, and (iii) education of minor children. For this purpose, the Court may make such provisions in the decree as it may deem just and proper, and it may also pass interim orders during the pendency of the proceedings and all such orders even after passing the decree.

The Court noted that a writ of habeas corpus is employed in some instances, to enable a party to enforce a 'right to control' – arising out of a domestic relationship, especially to allow a parent to get custody and control of a child, alleged to be detained by some other person. However, it is not required for the Courts to go further in these cases than to inquire what is in the child's best interest, and unless it appears to be for the welfare of the child, an order remanding him to custody may not be granted. It held,

Paramount consideration on the welfare of the Child:

The Court noted that while exercising parens patriae jurisdiction, it would be required to give due weightage to factors such as child's comfort, contentment, health, education, intellectual development, and favorable surroundings as well as physical comfort and moral values – paramount consideration being the welfare of the child.

The welfare of a child in the context of claims relating to custody/guardianship would have to be considered in its widest amplitude. It may include material welfare – in the sense of resources to provide a pleasant home and a comfortable standard of 34 living. However, the material considerations, though having their place, would be secondary. More important would be the stability and security, loving and understanding care and guidance, and warm and compassionate relationships – which are essential for the psychosocial and physical development of the child and the shaping of an independent personality.

It was observed that in a matter of disputed facts where a detailed inquiry is required, the Court may decline to exercise its extraordinary jurisdiction and direct the parties to approach the appropriate Court.