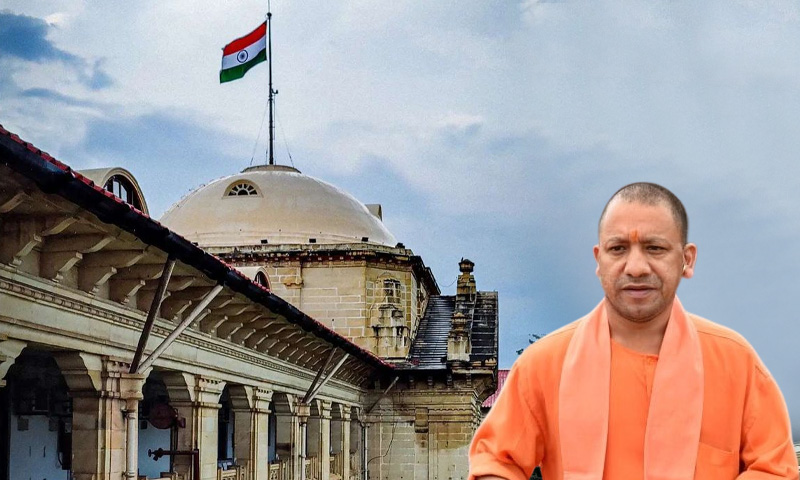 The Allahabad High Court recently granted bail to a man accused of uploading some objectionable material on his Facebook account with regard to the Chief Minister of the state, Yogi Adityanath.

The Bench of Justice Sameer Jain passed this order as it noted that the offences under which the accused has been challaned are having maximum punishment of three years and the that he is in jail since September 2022 i.e. for about more than three months.

The Court also took into account that the accused has no criminal history and further, all the offences are triable by Magistrate Ist class, therefore he was entitled to be released on bail.

The Court was essentially dealing with the bail plea of one Sajid @ Sajid Pardhan, who has been booked under Sections 295A, 505 (2) I.P.C. and Section 67 of the Information Technology Act and was arrested for the alleged offences in September 2022.

He moved the High Court arguing that he is innocent and has been falsely implicated in the case and even if the allegations are accepted, then also all the offences are triable by Magistrate Ist class and the maximum punishment provided for the offences are three years and applicant is in jail since September 2022 and he has no criminal history to his credit.

On the other hand, the counsel for the state although opposed the prayer of the accused seeking bail, could not dispute the fact that the maximum punishment provided for the alleged offences is three years and the applicant has no criminal history and he is in jail since September 2022.

In light of the discussions made above, without expressing any opinion on the merits of the case, the Court allowed the instant bail application is allowed. Consequently, the Court directed to release the accused on bail on furnishing a personal bond and two sureties each in the like amount to the satisfaction of the court concerned.

Counsel for Opposite Party: G.A.