FIR Can't Be Quashed Merely Because Man Accused Of Posting Woman's Nude Snaps On Whatsapp Is Her Husband: Allahabad HC 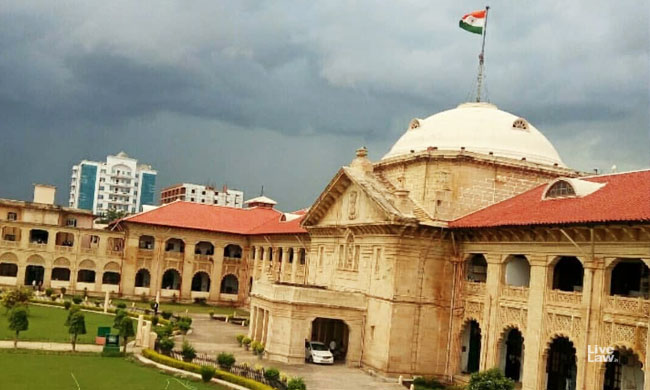 The Allahabad High Court last week refused to quash an FIR against a man who is accused of posting nude snaps of her wife (Informant) on WhatsApp. Dismissing man's Criminal Miscellaneous Writ Petition, the Bench of Justice Pankaj Naqvi and Justice Vivek Agarwal remarked, "Allegations of commission of offence as are mentioned under Section 67 of the I.T. Act are also prima facie...

The Allahabad High Court last week refused to quash an FIR against a man who is accused of posting nude snaps of her wife (Informant) on WhatsApp.

"Allegations of commission of offence as are mentioned under Section 67 of the I.T. Act are also prima facie made out inasmuch as there is specific allegation of putting nude pictures of the informant on WhatsApp. Therefore, merely because petitioner is husband of the informant, does not constitute a valid ground to quash the FIR."

The Petitioner filed a plea praying for quashing the impugned FIR as Case Crime No. 248 of 2020, under Sections 270, 313, 323, 376D, 34 IPC and Section 67 IT Act, with further prayer to direct the respondent to not to arrest the petitioner during the course of the investigation.

It was also submitted that all the allegations made by the informant are false and fabricated and respondent no. 4 (Informant/Wife) she is wife of the petitioner, who is six years elder to him and this is her second marriage, but overlooking all these aspects with a view to coerce the petitioner, false and concocted grounds have been taken to lodge FIR.

Though, it was not mentioned in the petition anywhere, but the Counsel for the petitioner orally submited that impugned FIR had been filed with a view to extract an undue financial gain from the petitioner.

Refusing to quash the FIR and taking into account the mandate of Ajit Singh @ Muraha v. State of U.P. (2006 (56) ACC 433) the Court remarked that there could be no interference with the investigation or order staying arrest "unless cognizable offence is not ex-facie discernible from the allegations contained in the F.I.R. or there is any statutory restriction operating on the power of the Police to investigate a case."

"From the perusal of the FIR, prima facie it cannot be said that no cognizable offence is made out. Hence, no ground exists for quashing of the F.I.R or staying the arrest of the petitioner."

In related news, the Himachal Pradesh High Court had, in October 2020, denied the benefit of Anticipatory Bail to a Husband accused of posting and uploading nude photographs of his wife in the public domain.

Calling it "not only serious but a heinous crime", the Bench of Justice Vivek Singh Thakur had observed that,

"Posting and uploading nude photographs of the spouse, particularly of wife, in public domain amounts to betray the mutual trust and confidence which marital relations imply."