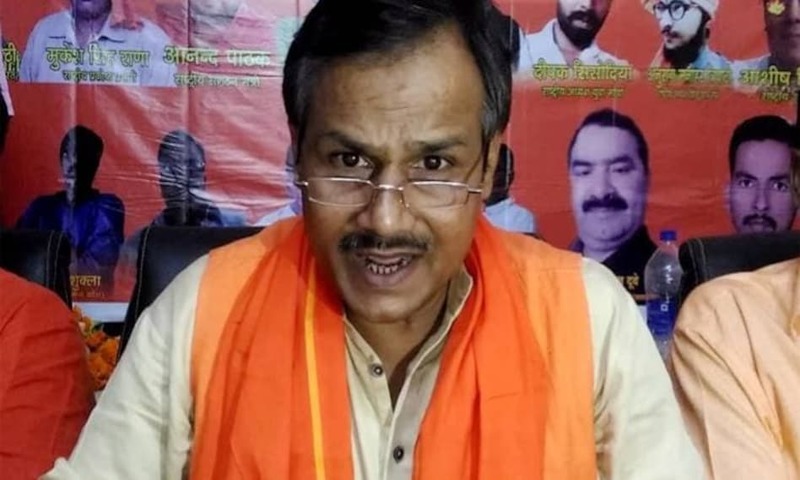 The Allahabad High Court recently upheld the detention order passed under the National Security Act against one Mohseen Saleem Sheikh, who has been accused of conspiring in the 'brutal murder' of the President of the Hindu Samaj Party, Kamlesh Tiwari. Even though the period of detention is already over, the Bench of Justice Ramesh Sinha and Justice Saroj Yadav found justification in...

The Allahabad High Court recently upheld the detention order passed under the National Security Act against one Mohseen Saleem Sheikh, who has been accused of conspiring in the 'brutal murder' of the President of the Hindu Samaj Party, Kamlesh Tiwari.

Even though the period of detention is already over, the Bench of Justice Ramesh Sinha and Justice Saroj Yadav found justification in the detention order passed against Detenue/petitioner Mohseen Saleem Sheikh, and therefore, upheld the detention order by observing thus:

"…it can't be held on the facts of the case that the detention order could not have been passed or the order so passed was not valid or not in accordance with law."

Importantly, the petitioner/detenue has already completed his detention period on July 1, 2021, however, he is confined in jail because of a criminal case against him

As per the allegations, on October 18, 2019, two accused namely Asfaq and Moinuddin, in a planned manner, entered the house of Kamlesh Tiwari and in broad daylight, brutally murdered him by slitting his throat and shooting him.

A charge sheet in this incident was filed on December 21, 2019, against thirteen persons including the petitioner/detenue under various sections of IPC including Section 302 and 120-B.

The petitioner/detenue Sheikh, who was arrested for allegedly conspiring to commit the murder of Tiwari, filed a bail plea on June 23, 2020, before the lower court, however, the same was dismissed for want of prosecution vide order dated July 21, 2020.

Thereafter, he moved High Court with his application for bail, which is pending adjudication.

Meanwhile, on June 24, 2020, a dossier was submitted by the Police Station in Charge against the petitioner to the Commissioner, Lucknow with recommendations of preventive detention on the ground that he was trying to get bail in the matter. It was further requested to forward the same to the District Magistrate, Lucknow so that a detention order under N.S.A. could be passed against him.

Pursuant to this, the DM, Lucknow did pass a detention order against him on July 2, 2020 under the National Security Act, 1980. Challenging the same, the Detenue/petitioner Mohseen Saleem Sheikh, through his next friend, moved the High Court

His plea also challenged the Government of Uttar Pradesh's September 24, 2020 order approving the impugned order of detention, and order dated December 12, 2020, extending his detention for a further period of nine months from the date of the impugned detention order.

In the grounds of detention, it was stated that Sheikh was making effort to get himself released on bail (after being held on charges of Murder) and that there was an imminent likelihood that if he was released on bail, he would go on committing similar criminal offences.

It was also stated in the detention order that there is a compelling necessity that if he is released from detention, there is every possibility that fear psychosis would be created amongst the people and public order would be disturbed.

At the outset, the Court observed that the series of the allegations made in the grounds of detention makes it clear that the detenue/petitioner is the main person, who made a conspiracy in the murder of the Kamlesh Tiwari.

Further, referring to the grounds of detention, the Court noted thus:

The Court was also of the view that the Detaining Authority, after going through the reports of the sponsoring authority, had minutely considered the matter and had rightly passed the impugned order of detention and had rightly recorded subjective satisfaction that if he is released on bail, there is every possibility to disturb the communal harmony as well as public order in the area and therefore, he was required to be detained.

In view of this, the Court found justification in the act of the detaining authority to pass a detention order against Sheikh, as it held thus:

"In these circumstances, it cannot be said that the order of detention was illegal on the ground that it was passed while the detenu was already in custody... there is a specific allegation in the ground of detention against the detenue that the detenue was the person who made conspircy in the murder of the President of Hindu Samaj Party Kamlesh Tiwari"

Lastly, underscoring that the grounds were made to invoke powers under the NSA to pass the detention order, the Court dismissed the plea filed by Sheikh.