Religion An Object Of Devotion Which Can't Be Tied To Any Particular Worship System; 'Akbar-Jodha' A Good Example: Allahabad High Court 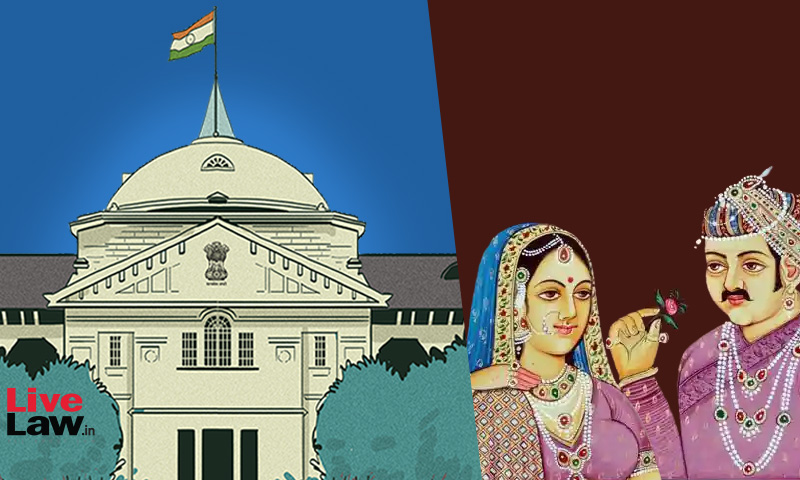 The Allahabad High Court recently observed that Religion is an object of devotion and it can't be tied to any particular worship system and that a good example of this is, Emperor Akbar and his wife Jodha Bai. The Bench of Justice Shekhar Kumar Yadav observed thus while refusing to grant bail to one Javed who has been accused of unlawfully converting a Hindu girl to Islam,...

The Allahabad High Court recently observed that Religion is an object of devotion and it can't be tied to any particular worship system and that a good example of this is, Emperor Akbar and his wife Jodha Bai.

The Bench of Justice Shekhar Kumar Yadav observed thus while refusing to grant bail to one Javed who has been accused of unlawfully converting a Hindu girl to Islam, fraudulently for the purpose of her marriage with the accused.

"Everyone has a right to freedom under our Indian Constitution. Sometimes it also happens that people do not convert to another religion out of fear or greed, but due to humiliation, as they believe that they will get respect in other religions. There is no harm in this, and in the Indian Constitution, all citizens have the right to live life with dignity. When a person does not get respect in his/her own house and he/she is neglected, then he/she leaves the house."

Observing that Article 25 (1) of the Indian Constitution guarantees fundamental right freedom of religion to every citizen of the country, the Court stressed that it does not mean that someone should be converted in return of greed or fear.

Noting that if someone is forcibly converted to another religion, it will in all likelihood raise the possibility of a violation of public order, the Court opined thus:

"Religion is an object of devotion; it cannot be tied to any particular worship system. A good example of which can be taken from Emperor Akbar and his wife Jodha Bai."

Further, referring to the case of Rev. Stainislaus vs State Of Madhya Pradesh & Ors, the Court further observed thus:

"It has to be remembered that Article 25 (1) guarantees "freedom of conscience" to every citizen, and not merely to the followers of one particular religion, and that, in turn, postulates that there is no fundamental right to convert another person to one's own religion because if a person purposely undertakes the conversion of another person to his religion, as distinguished from his effort to transmit or spread the tenets of his religion, that would impinge on the "freedom of conscience" guaranteed to all the citizens of the country alike."

"If someone converts by doing this, then it is not acceptable in any religion and that is why the Indian Constitution also does not allow it. Marriage is a sacred institution under every personal law and marriage is a sacrament under Hindu law," added the Court.

Looking into the facts of the case, the Court noted that it was clear that the conversion of the Girl had been done for the sole purpose of her marriage and that too, against her will.

The Court also noted that in the present case, the victim had said that the applicant/accused lied to her that he had a relationship with other girls also and that she was made to sign her on plain paper and some papers were in Urdu and that she doesn't know how to read Urdu.

"The accused was already married and he first got the victim converted unlawfully and after that, made her sign on the Urdu papers, prepared a fake Nikah Nama and got married to her, and thereafter, he mentally, physically abused her. On getting the opportunity, the victim called the police and gave a statement against the accused before the magistrate which cannot be ignored."

In view of the above circumstances, the applicant/accused was found to be not entitled to bail and his bail application was thus, rejected.