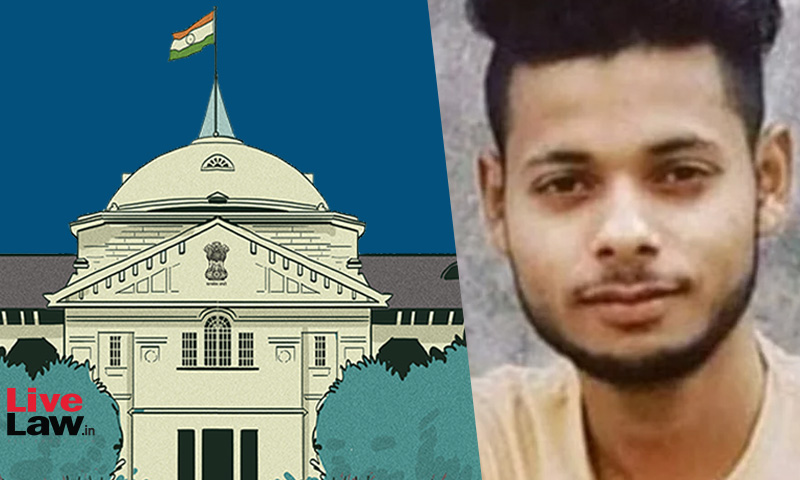 People's Union For Civil Liberties (PUCL) has moved the Allahabad High Court seeking a CBI probe into the Kasganj Custodial Death Case wherein one Altaf allegedly died by suicide by tying himself to a two to three feet pipe.While the police have claimed that Altaf died by suicide while in custody, his family has suggested a foul play on the part of the police, and therefore, PUCL has moved...

People's Union For Civil Liberties (PUCL) has moved the Allahabad High Court seeking a CBI probe into the Kasganj Custodial Death Case wherein one Altaf allegedly died by suicide by tying himself to a two to three feet pipe.

While the police have claimed that Altaf died by suicide while in custody, his family has suggested a foul play on the part of the police, and therefore, PUCL has moved the High Court seeking CBI inquiry into the case.

Averring that in Altaf's case involves allegations of murder against State police personnel, wherein high officials are involved or likely to be involved and a question of public confidence in the impartial working of the State agencies arises, the plea seeks an inquiry and investigation by the CBI to unearth the truth.

The plea has been moved by PUCL through advocates Shashwat Anand, Syed Ahmed Faizan & Rajesh Inamdar and settled by Senior Advocate SFA Naqvi. The plea submits that frequent custodial deaths, raise an existential predicament to the institution and eventually to the sanctity of democracy in India., and the same is a matter of common concern.

"The death of Altaf and other such persons in suspicious Circumstances. in police custody is viewed by any person of ordinary prudence as an institutional killing. Thus, a fair and impartial inquiry is needed to allay the public doubts and perception," the plea avers.

The plea also submits that hardly any police station in the State of UP is equipped with CCTV Cameras, let alone usage of body-worn cameras or videography during investigations, which is in sheer transgression and mockery of the fundamental rights of the citizens guaranteed under Articles 14,19 and 21 of the Constitution, as also the majesty and dignity of the Indian Judicial System.

Significantly, the plea also calls for putting into place a proper framework for the prosecution of police officers charged with custodial torture/deaths/rapes, in the spirit of the judgment of the Supreme Court in Prakash Singh v. Union of India (2006) 8 SCC 1 case.

Therefore, the plea seeks the establishment of a Fast-Track Special Police Court on the line of Special MP/MLA Courts. both at the Central and State levels, to specifically deal with the trial and prosecution of all such cases as against police officers

Prayers in the plea

- The plea seeks a CBI probe into the matter and in the alternative, it seeks constitution of a High-Powered Committee headed by a sitting or retired Judge(s) of this Hon'ble Court to take over the investigation of Kasganj case and to proceed against all the concerned police officers and such other persons found to be involved

- Directions to the Union of India and the State of Uttar Pradesh (U.P.), for the establishment/constitution/setting up of Fast-Track "Special Police Courts", both at the Central and State level, respectively, to adjudicate upon the FIRs/complaints/petitions as against the police officers, in cases of custodial torture/death/rapes and other such matters against the police personnel

Additionally, the plea also seeks directions to the DGP, U.P., DM, Kasganj, and SP, Kasganj to ensure full police protection to the bereaved family of Altaf.

Further, it seeks directions to the Union and State Governments to install CCTV cameras in all Police Stations and other such police offices of CBI, NIA, etc., across the State of U.P. and otherwise, and file a compliance report within a period of 45 days.

Altaf was found dead at the police station on November 9 and it was claimed by the Police that he had hanged himself with a drawstring from the hood of his jacket, using a water pipe in a toilet that is a couple of feet from the ground.

Altaf, a 22-year-old man was detained by UP police over a minor girl going "missing" in the Kasganj district of Uttar Pradesh, however, she has now been found from Kasganj railway station.

An FIR against unidentified policemen, under IPC Section 302 (murder) has already been lodged at the Kasganj police station in connection with Altaf's death. UP officials have said that a departmental inquiry and a magisterial probe into the custodial death are being conducted simultaneously.