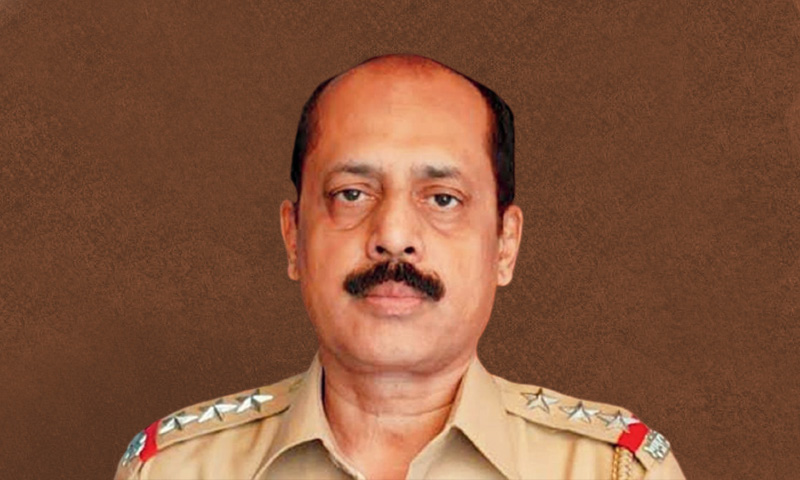 x
During the hearing, Waze told the court in Marathi that he didn't want to become another 'Stan Swamy.'

The Special Judge also allowed Waze to undergo treatment at a private hospital following a medical report that he required a Coronary Artery Bypass Surgery (CABS).

During the hearing, Waze told the court in Marathi that he didn't want to become another 'Stan Swamy.'

Eighty-four-year-old Swamy, an accused in the Bhima Koregaon - Elgar Parishad Caste violence case, died ahead of his bail hearing on July 5.

NIA arrested Waze on March 13, 2021. He and 9 others have been booked under stringent sections of the Unlawful Activities (Prevention) Act.

NIA sought Waze's custody for two days and Mane's custody for five days. The NIA claimed it had traced "incriminating material" they wanted to confront the two with.

"The investigation agency has traced incrementing material against suspected accused who have a key role in the present crime and... certain points of investigation are required to be verified by confrontation of arrested accused person i.e. Sachin Waze, Sunil Mane and the role of suspected persons." NIA said in their plea.

During the hearing, opposing NIA's plea, Advocate Sudeep Pasbola and Advocate Rounak Naik appeared for Waze. It was stressed upon by them that much time had passed since Waze was sent to custody.

Moreover, the agency was at the fag end of the extended time period granted to them to file the charge sheet. The NIA had cited no new grounds seeking their custody, he said.

Arguing his plea for hospital admission, Pasbola said that Waze was in need of urgent medical attention owing to his heart condition.

"We don't want him to become another Stan Swamy," he said.

The judge then asked Waze if he had anything to say. Waze said he stands by what Pasbola says and reiterated that he didn't want to be another Stan Swamy.

Background of The Case

An explosives-laden Scorpio Car and a threat letter were found near industrialist Mukesh Ambani's residence on February 25. Mansukh Hiran, a businessman who claimed that the vehicle had been stolen from his possession a week earlier, was found dead in a creek in Thane on March 5.

NIA has said that Waze was involved in the planting of explosives and Hiran's murder. They claimed that the 'murderers' had called up Waze and former encounter specialist Pradeep Sharma right after they killed Hiran, on March 4.

Waze was initially investigating the case. However, it was subsequently transferred to the State Anti Terrorism Squad and then to the NIA, in March, 2021.

The accused are booked for murder and under relevant sections of the UA(P) Act.