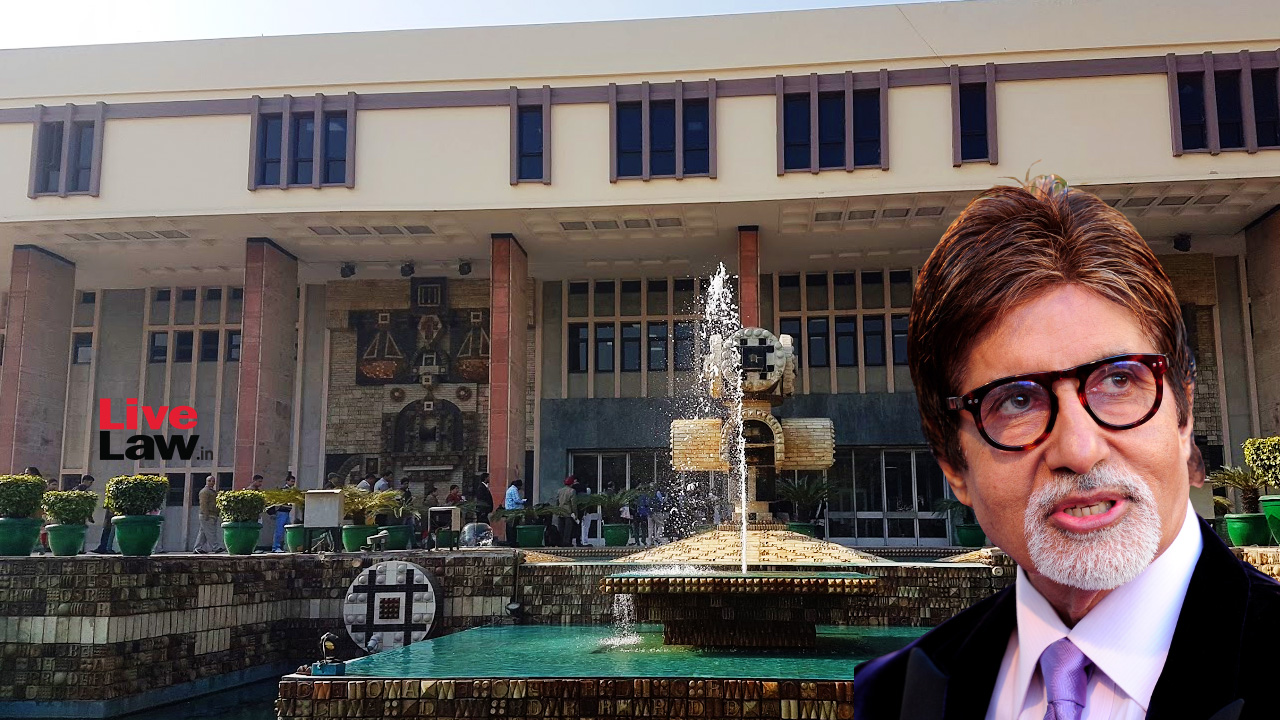 The Delhi High Court on Friday granted ad interim ex parte injunction in favour of veteran actor Amitabh Bachchan in a suit filed by him for protection of his publicity rights against the fake Kaun Banega Crorepati (KBC) lottery scam and other online frauds where his photo and voice are being misused to deceive the public.

Justice Navin Chawla observed that a prima facie case was made out in favour of the actor and against the defendants, who are various individuals and entities, allegedly violating Bachchan's personality rights.

"….I am of the opinion that the plaintiff has been able to make out a prima facie case in his favour. The balance of convenience also lies in favour of plaintiff and against the defendants," the court said

Justice Chawla observed that the defendants appear to be using celebrity status of the actor without his authorization or permission. The court was also of the view that the activities being complained of bring disrepute to the actor.

The court passed an ex parte ad-interim injunction restraining the defendants from infringing the Bachchan's publicity or personality rights by misusing his name "Amitabh Bachchan/ Bachchan/ BigB / AB"; his voice, image and any other attribute which is exclusively identifiable with him, for any commercial or personal gain.

Directing the DoT and the MeitY to require the respective Internet Service Providers to pull down all links or websites provided by the him in the plaint, the court also ordered the Telecom Service Providers to block access to all phone numbers used by the defendants to circulate messages on messaging apps, like WhatsApp, which amount to infringement of Bachchan's rights.

Senior Advocate Harish Salve for the actor earlier submitted that the actor seeks an injunction order against the defendants, including a John Doe action. Salve argued that his photographs, voice and other personal attributes were being used without his consent.

"This nonsense has been going on for a while... Somebody started....one must say, somebody has incredible imagination...all india sim card whatsapp lucky draw KBC and his photo on the right side……He has brazenly copied the logo, KBC and.."KBC lottery registration" and how to become a lottery winner and his pictures are all over the place," Salve submitted.

Submitting that the actor came to know about the frauds in October, Salve added:

"There were some complaints...this lottery itself is some kind of scam being run. Someone is collecting money. No one is winning. 'Amitabh Bachchan Video Call' … he uses his photograph. When you call, his photograph shows up … there is a fake voice, someone who sounds like Amitabh Bachchan."

Salve also informed the court that some of the defendants have even printed the actor's photograph on t-shirts and registered domain names like amitabhbachchan.com and amitabhbachchan.in.

"Nobody is entitled to do this," Salve added.

The defendants in the suit include:

- defendant no. 1 (Rajat Nagi): allegedly operating websites and mobile apps by misappropriating the actor's photographs or other characteristics.

- Defendant no. 2 (Rana Partab Singh): allegedly found circulating messages through Whatsapp in which the actor's photograph is affixed along with an infringing text about KBC Lotteries.

- Defendant no. 8 (Mahesh Patel): Registrant of the domain name www.amitabhbachchan.in

The suit seeks a permanent injunction against the defendants restraining them from infringing the the actor's personality rights by using or misappropriating his personality or publicity rights by the use of the his name "Amitabh Bachchan/ Bachchan/ BigB / AB", his voice, image or any other attribute.

The suit also seeks an order for damages to the sum of Rs. 2,00,01,000 in favour of the actor and against the defendants on account of loss of his reputation and goodwill.

A direction is also sought on DoT and the MeitY to pull down all the links and websites provided which unlawfully infringe the actor's personality and publicity rights. The suit also seeks direction on the Telecom Service Providers to block access to all phone numbers used by the defendants to circulate messages on WhatsApp.