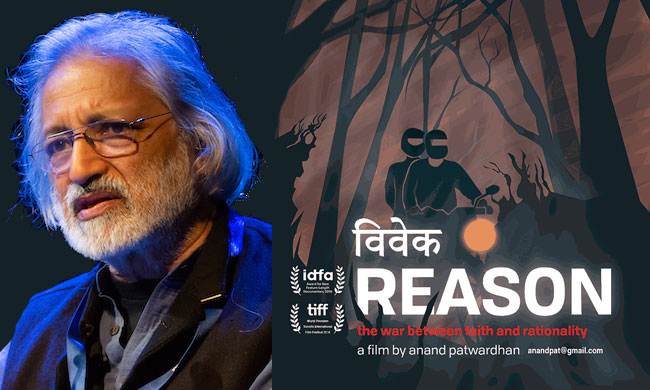 The Bombay High Court on Friday asked the Union Ministry of Information and Broadcasting to disclose the process followed by the selection committee of Mumbai International Film Festival in rejecting the screening of award-winning documentaries made by filmmakers Anand Patwardhan and Pankaj Kumar. A division bench of Justice SC Dharmadhikari and Justice RI Chagla heard...

The Bombay High Court on Friday asked the Union Ministry of Information and Broadcasting to disclose the process followed by the selection committee of Mumbai International Film Festival in rejecting the screening of award-winning documentaries made by filmmakers Anand Patwardhan and Pankaj Kumar.

A division bench of Justice SC Dharmadhikari and Justice RI Chagla heard the writ petition filed by the two documentary filmmakers alleging that the Final Selection List of documentary films to be screened at the said Festival excluded the names of a certain kind of cinema.

Court directed Additional Solicitor General Anil Singh, appearing for the Union, to submit on January 27 records and process followed by the selection committee while rejecting the films.

Films Division of the Union I&B Ministry organizes the said festival which is set to begin in Mumbai from January 28.

Petitioners alleged that the common thread that runs through some of the documentaries that were not selected for exhibition including the petitioner's films is "that they are critical of the current political dispensation or the political philosophy that they claim to espouse."

Patwardhan's film 'Vivek/Reason' plays over eight chapters and documents the ascendancy of particular political ideology in recent times. Murders of MM Kalburgi, Narendra Dabholkar, Gauri Lankesh and Govind Pansare are also covered in the film. The relation of these cases to various sectarian outfits is also explained in the film.

Apart from this, the said fimm looks at "the violent attacks on Muslims and Dalits in the name of cow protection, the caste-based discrimination that led to the suicide of young student leader and scholar Rohith Vemula, and numerous other outbursts of violence, large and small, connecting them to present an overview of the turmoil that India is presently witnessing."

Whereas, Pankaj Kumar's movie Janani's Julie' follows the story of Indianostrum, a Puducherry based theatre group, which, disturbed by a spate of honour killings in India, sets out to introspect the implications of caste, class and gender.

His second entry, 'Two Flags' chronicles the life and politics of Puducherry.

1) Our Gauri by Pradeep KP is a film about veteran journalist Gauri Lankesh who stood for communal harmony and was gunned down by right wing extremists outside her house in Bengaluru.

2) Ammi by Sunil Kumar that tells the story of disappearence of Najeeb on October 15, 2016 from Jawaharlal Nehru University Campus, New Delhi.

3) Citizen Nagar by Debolina Majumdar which tracks the aftermath of 2002 Gujarat Riots through the invisible inhabitants of Citizen Nagar, built as a temporary refugee camp and following the carnage became a slum for survivors of the Naroda Pattya massacre.

4) Dilli Yaadon Ki Mehfil by Yousuf Saeed which is a film on plural and syncretic history of Delhi. It is produced by Indira Gandhi National Centre for Arts (IGNCA)

5) Chai Darbari by Prateek Shekhar The film presents a range of perceptions and recollections in a conversational format, especially in light of unverified and politically motivated whatsapp videos.

6) Coral Woman by Priya Thuvassery This films is about exploring the threat to coral reefs at the Gulf of Mannar in India.

Senior Advocate Mihir Desai appeared on behalf of the petitioners and argued that no reason was given by the film festival organisers while rejecting these films, but the filmmakers apprehend it could be because the films are critical of the present political scenario.

The petition claimed the selection committee acted in an arbitrary and mala fide manner by rejecting the screening of the above films.