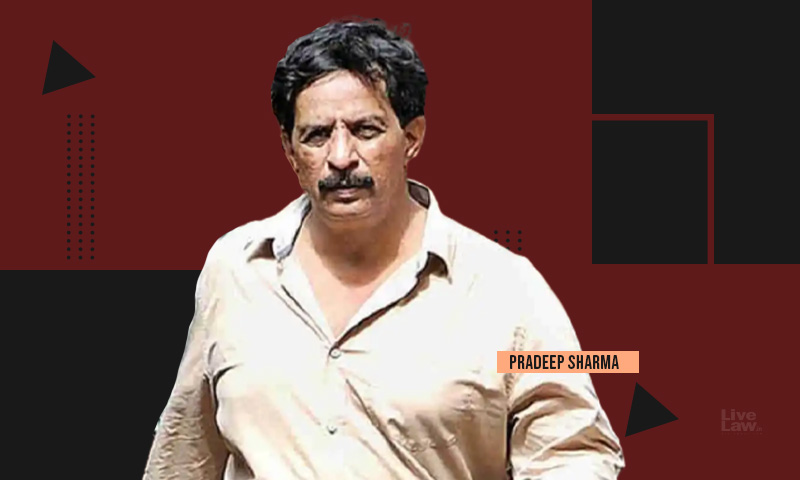 A special NIA court at Mumbai on Thursday remanded former encounter specialist and Shiv Sena member - Pradeep Sharma- and two others to the National Investigating Agency's custody till June 28 in the case relating to the bomb scare near Mukesh Ambani's residence 'Antilia' and Mansukh Hiran murder case. The NIA argued that Sharma was involved in the conspiracy to kill ...

A special NIA court at Mumbai on Thursday remanded former encounter specialist and Shiv Sena member - Pradeep Sharma- and two others to the National Investigating Agency's custody till June 28 in the case relating to the bomb scare near Mukesh Ambani's residence 'Antilia' and Mansukh Hiran murder case.

The NIA argued that Sharma was involved in the conspiracy to kill businessman Mansukh Hiran, whose body was removed from the Mumbra creek on March 5, 2021, 10 days after the explosives laden car and letter was found near Mukesh Ambani's residence in South Mumbai.

NIA claimed that the 'murderers' had called up co-accused and dismissed Assistant Police Inspector - Sachin Waze - and Sharma right after they killed Hiran, on March 4.

Regarding the two others arrested along with Sharma -Manish Soni and Satish Muthikari - NIA claimed they had murdered Hiran with two others in a Red Tavera Car.

During the hearing Special Judge Prashant Sitre questioned NIA on the delay in arresting Sharma and 'un-earthing' the murder. Especially when co-conspirators like Waze and suspended cop Sunil Mane (who alleged brought Hiran to the car), were arrested in March and April respectively.

"Don't you know how to get out information?" the judge retorted.

On being asked if he had anything to say, Sharma, dressed in a white shirt and jeans claimed that there were factions within the police force and her was being framed by them.

"If I was really involved would I be sleeping in my house (before the arrest)? I am a retired police officer."

Sharma said he knows only one of the four alleged killers - Santosh Shelar - as he's been his informant for the past twelve years.

"I don't know these two people in the dock, you can ask them. There are no phone calls between Waze and me, either. There are factions in the police force and I am being framed." Sharma said.

An explosives-laden Scorpio was found near Ambani's residence here on February 25. Mansukh Hiran, who had claimed that the vehicle had been stolen from his possession a week earlier, was found dead in a creek in Thane on March 5.

On June 11, Santosh Shelar and Anand Jadhav were taken into custody. Today, alleged killers -Satish Muthukari and Manish Soni- were arrested, along with Sharma.

The case was initially being investigated by the Mumbai Police. However, it was subsequently transferred to the State Anti Terrorism Squad and then to the NIA.

"They have disclosed the location where Hiran was killed. They had contacted Sachin Waze and Pradeep Sharma right after."

He said that huge amounts of cash have been recovered from the accused and they needed to be confronted with eachother.

"Sharma is an ex-cop but he roams with a revolver which is unlicenced. Importantly, why have you been contacted by murderers??" Gonsalves argued.

He added that they have found DNA samples from the Red Tavera Car which has been given for forensic analysis.

Criminal lawyer Sudeep Pasbola argued that the NIA has questioned Sharma on atleast two occasions in the past and they seem to claim he is part of a conspiracy without evidence.

"All that is being said is that there is a larger conspiracy. You don't require their custody to confront them with call records, all of that is documentary evidence."

"What, now are they going to use third degree on me?"

Gonsalves clarified that none of the arrested accused has claimed they were tortured by the NIA. Moreover Sharma misled them during the inquiry.

"We only suspected him at the time, now we have evidence," he said.

When he was given the opportunity, Sharma clarified that his revolver was not unlicensed, he had merely missed renewing it.

Following this Sharma and the two others were remanded to police custody till June 28.