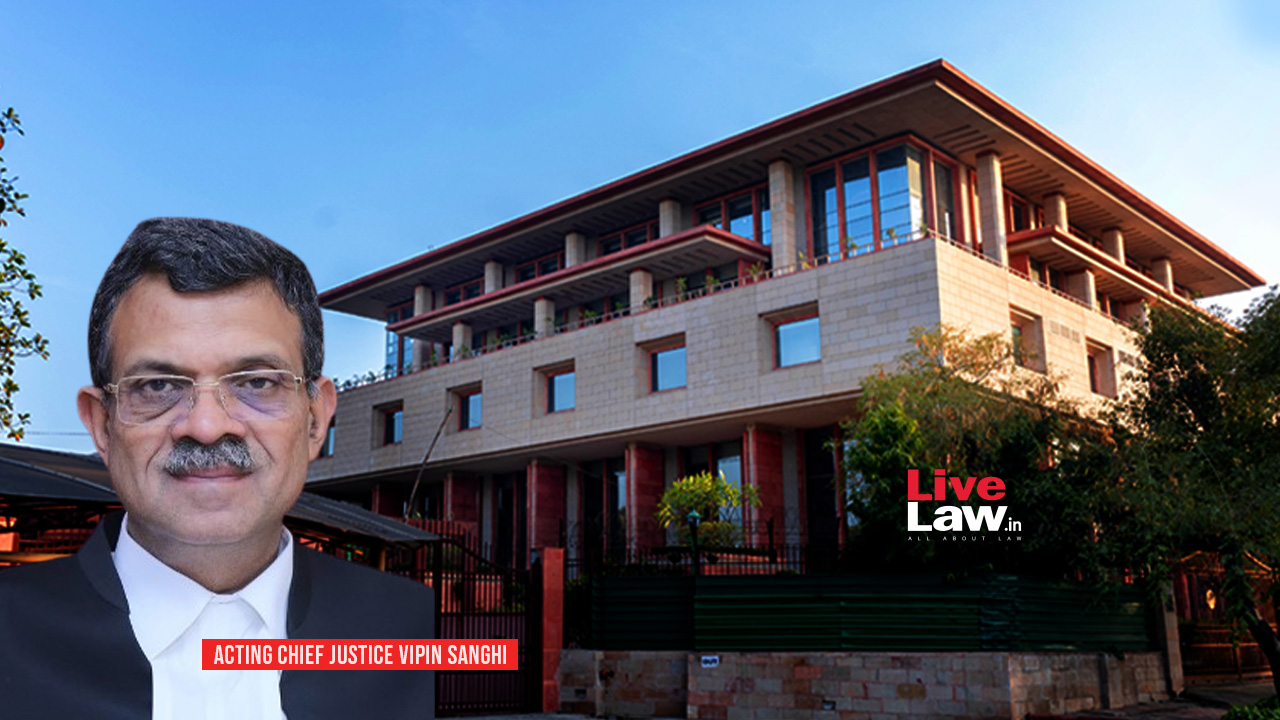 "The process of appointment over the years has become more time consuming and more uncertain. This has dissuaded many meritorious senior advocates and other advocates from giving their consent to be considered by the Collegium of High Court for recommending their names for judgeship," said Acting Chief Justice Vipin Sanghi in his farewell function organized by the Delhi High Court on Monday.

"In my humble view, this aspect needs to be urgently addressed if we wish to attract the best talent to the Bench," he added.

Justice Sanghi, who has now been transferred as Chief Justice of Uttarakhand High Court, was appointed as Additional Judge of the High Court of Delhi with effect from May 29, 2006 and was confirmed as a Judge on 11th February, 2008.

After having served as a Judge of Delhi High Court for over 16 years, Justice Sanghi today bid farewell with an appeal to the judges of lower as well as higher judiciary of Delhi, to give their best to achieve the objective of justice dispensation with honesty, integrity and independence.

"I realized that we all hold this position as a public trust. It is that Public trust that we have to discharge and that can be done only with complete honesty. There is no room for any biases or for or against anything, either in court or outside," he said.

Justice Sanghi added "In my view, if the institution of judiciary has to achieve its intended goal of dispensing justice without fear or favour and in accordance with constitution and laws, we have to function with complete honesty, integrity and independence."

"We (judges) cannot have, much less pursue, an agenda. Whatever functions we discharge, judicial or administrative, have to be discharged objectively on merit and merit alone."

In his farewell speech, Justice Sanghi also expressed concern about how the process of appointment of judges over the years has become more time consuming and uncertain.

He then went ahead to emphasize the need to tackle the issue of pendency of cases. While stating that the Delhi High Court, in the past few years, saw reduction in pendency of cases owing to reasonable bench strength, Justice Sanghi remarked that the appointments did not keep pace with the retirements, transfers and elevation of judges.

"The ongoing pandemic also put a spanner in the works though, i can proudly say, thanks to our already digitised records and functional e courts and dedicated computer committee headed by J. Shakdher and computer branch, we quickly started virtual courts," he said.

Justice Sanghi added "We were reduced to 29 judges in the recent past when we saw a quick recovery and now we are 47 in number. Looking at the caliber of new appointees, i am confident that disposals will soon overcome the new filings and we will again start seeing pendency reduce."

Further remarking the judging is not an easy task, Justice Sanghi said that a typical working day of a Judge is 12 hours or more and that it is due to this reason clubbed with the long hearings that many reserved judgments take several days to be written.

"The general opinion of members of public that judges have it too easy because they have a five day week and also have summer and other breaks, is a result of their ignorance of the amount of work load that judges carry, the way they work and the kind of effort that goes into their business of judging," Justice Sanghi said.

He also said "Every vacation or break that I have had since I've become a judge has been spent in writing or completing judgments. This explains why there is a flurry of pronouncements soon after the breaks."

Reminiscing his school days, Justice Sanghi remembered how shy he was in his school days and avoided being noticed, so much so that he never participated in any debate and even never raised his hand for answering any question in class despite having the correct answer.

"I narrate this to highlight two things. First, look out for silent fellows on back seats and don't miss them or ignore them. Two, all you shy people, get rid of your shyness and take the plunge at the earliest because unless you do that, nothing positive will happen," he said.

Justice Sanghi also gave a few advices to the young members at the Bar. He emphasised that young lawyers must watch the leading senior advocates arguing their cases in courts.

"Do not spend your time simply chatting in the canteen or corridors. You will pick up the court craft, the manner in which you should address the Court, how to deal with a difficult situation or a difficult judge and above all, the law," he said.

He added "My advice to all youngsters at the Bar is to always keep this in mind. I believe that honesty is the best policy and there are no shortcuts in life or in this profession. This is what I learnt from my grandfather, father and even my senior and mentor Sh. Mukul Rohatgi."

He also said that while it is possible to upgrade one's knowledge at any subject, however in doing so, the young lawyers must not adopt shortcuts or be in hurry. He said that they must take the time to understand fundamentals as well as fine nuances of law.

"It would not be easy for me having so used to of this Court, first as advocate and then as a judge. But I have to move on and the good part is that I have been choosen to head judiciary in one of the beautiful States in India."