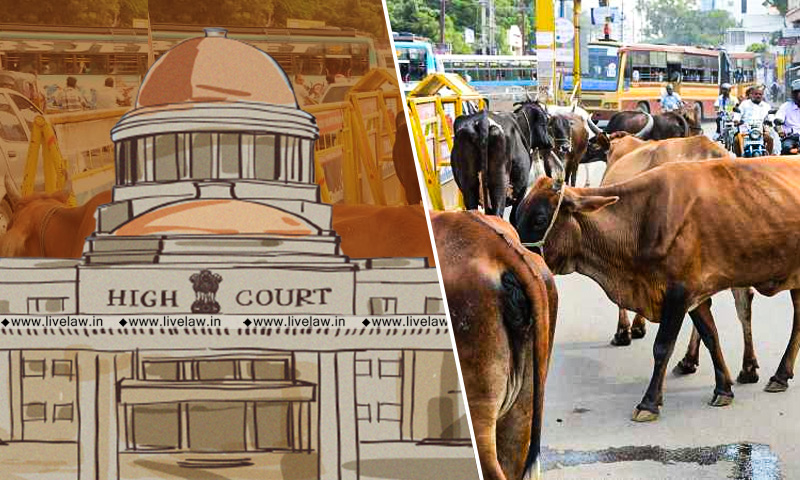 The Allahabad High Court on Wednesday decided to deal with the issue of stray cattle menace in rural areas and therefore, it appointed Advocate Yogendra Misra, assisted by Advocate S. M. Singh Royekwar to assist the Court in the matter as Amicus Curie.The Bench of Justice Devendra Kumar Upadhyaya and Justice Mohd. Faiz Alam Khan also directed the State Counsel to seek instructions in...

The Allahabad High Court on Wednesday decided to deal with the issue of stray cattle menace in rural areas and therefore, it appointed Advocate Yogendra Misra, assisted by Advocate S. M. Singh Royekwar to assist the Court in the matter as Amicus Curie.

The Bench of Justice Devendra Kumar Upadhyaya and Justice Mohd. Faiz Alam Khan also directed the State Counsel to seek instructions in the matter within a period of two weeks.

Further, the Court has also sought a counter affidavit within the said period from the Chief Development Officer, who serves as the Chairman of a Committee constituted for the safety of cattle in the cattle shades.

Essentially, one Ravi Kumar Singh moved a PIL averring that respondent no.5, who happens to be a candidate for election to Uttar Pradesh Legislative Assembly [from Harchandpur constituency in District-Raebareli] has collected thousands of stray cattle/animals in a private land belonging and no arrangement had been made for fodder, drinking water and shade.

The plea further asserted that respondent no.5, made an announcement in public with a view to woo the electors/voters of the area that he shall pay Rs.50/- per animal to any person who brings such stray cattle to the aforesaid land.

It was further averred that since appropriate arrangements were not made, and no security/protection of animals was made in the alleged shelter, the petitioner's counsel argeud that the cattle have been dumped inside the alleged shelter house and several of them have died.

In this regard, the plea sought several directions from the Court including taking action against respondent no.5, saving the life of cattle, and fixing the responsibility in the matter.

On the other hand, the State Counsel submitted that the instant petition was nothing but a proxy petition moved on behalf of a rival candidate in the forthcoming election to the State Legislative Assembly, and thus, it was liable to be dismissed.

At the outset, taking into account the averments in the plea and complaint attached, the Court concluded that the instant proceedings were a proxy petition instituted by the petitioner at the instance of a person who is contesting election as a rival candidate for U.P. State Legislative Assembly in which respondent no.5 is also a candidate from a different political party.

Further, the Court deprecated the conduct of the petitioner in instituting these proceedings allegedly in the public interest, and as such the Court found it appropriate to discontinue him as petitioner, in this case, any more.

However, the Court took into account the poor condition of stray cattle/animals being kept in a shabbily erected and constructed cattle shade and further, observed thus:

Thus, on the limited issue of appropriate arrangement for the stray cattle in the rural areas, the Court entertained the writ petition, however, the Court directed that the cause title of the writ petition be described as "Yogindra Misra v. State of U.P. and others."

Before parting with the order, the Court also imposed a cost of Rs.10,000/- upon the petitioner for unnecessarily misusing the process of the Court in an attempt to breed his personal interest and also remarked thus:

Case title - Yogindra Misra v. State of U.P. and others