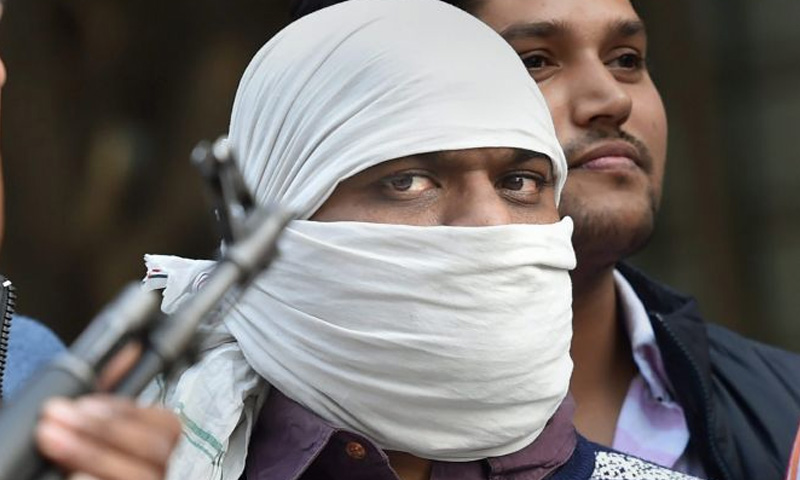 A Sessions Court in Delhi on Monday convicted accused Ariz Khan alias Junaid in the matter relating to the Batla House encounter of 2008 where police inspector Mohan Chand Sharma and two alleged terrorists were killed during the showdown between the two parties.The Court convicted Ariz Khan under sec. 186, 333, 353, 302, 307, 174A , 34 of IPC and 27 of Arms Act. Additional Sessions...

A Sessions Court in Delhi on Monday convicted accused Ariz Khan alias Junaid in the matter relating to the Batla House encounter of 2008 where police inspector Mohan Chand Sharma and two alleged terrorists were killed during the showdown between the two parties.

Additional Sessions Judge Sandeep Yadav pronounced the judgment in the matter. The entire National Capital of India was shaken on 13.09.2008 when five bombs in a chain exploded at different places in its hurt i.e. Connaught Place, Karol Bagh, Greater Kailash, and India Gate.

"The evidence adduced on record by the prosecution leaves no matter of doubt that the prosecution has proved the case beyond all reasonable doubt and that the accused is liable to be convicted. It has been proved that the accused Ariz Khan managed to escape during the shootout and failed to appear before the court despite proclamation. Accordingly accused is held guilty and convicted under sec. 186, 333, 353, 302, 307, 174A , 34 of IPC and 27 of Arms Act." The Judge ordered while pronouncing the judgment.

At the outset, the Court vide a seperate order also directed the Investigating Officer to conduct an inquiry to ascertain the financial condition of Ariz Khan and his family to grant compensation to the victims. The Court also granted liberty to the IO to include any other factor which can facilitate the aspect of just compensation in this case.

About the Batla House Encounter

On the fateful day of 19th September 2008, two Indian Mujahideen terrorists namely Atif Ameen and Mohd Sajid were killed during the encounter. The said encounter also claimed life of Delhi Police inspector Mohan Chand Sharma who succumbed to the bullet injuries sustained in the gunfight.

On receiving the tip, a Delhi Police's Special Cell team reached flat no. 108 of L-18 Batla House headed by Inspector Mohan Chand Sharma who was later shot by one of the accused persons.

After the said encounter, accused Ariz Khan alias Junaid was declared as a proclaimed offender after he managed to escape the site.

Ariz Khan was then arrested by the Delhi Police in 2018 from Uttarakhand's Banbasa bordering Nepal. According to the Police, Khan had acquired a Nepali citizenship card and passport under the fake identity of being one "Mohammad Salim".

A trial court had in 2013 convicted other accused namely Shahzad Ahmad, Indian Mujahideen operative, to life imprisonment for murdering constables Balwant Singh and Rajbir Singh and causing the death of Inspector MC Sharma by firing on them.

The court found Shahzad guilty of murder, attempt to murder, obstructing and assaulting public servants and grievously injuring the police officers to deter them from performing their duty.

"It agitates in my mind that the incident in question was not a sudden confrontation between police and the assailants. The police had already a piece of information, receiving which, a raiding party was formed well in advance. Despite all this, Inspector M.C. Sharma did not wear any body protection device i.e. bulletproof jacket. Moreover, at least two members of the raiding party were having no weapon with them, despite knowing the fact that they may face firing. It is not clear whether it was merely a misadventure or lack of professionalism in Delhi Police or scarcity of weapons with Delhi police. Whatsoever it may be, it did not give any license to the occupants of a flat to fire at police persons who came there to investigate a case, merely because they were unarmed or not wearing any bulletproof jacket. They were expected to assist the police and not to attack them. Accused is thus convicted for offense punishable U/s 186/353/333/307/302/34 IPC."