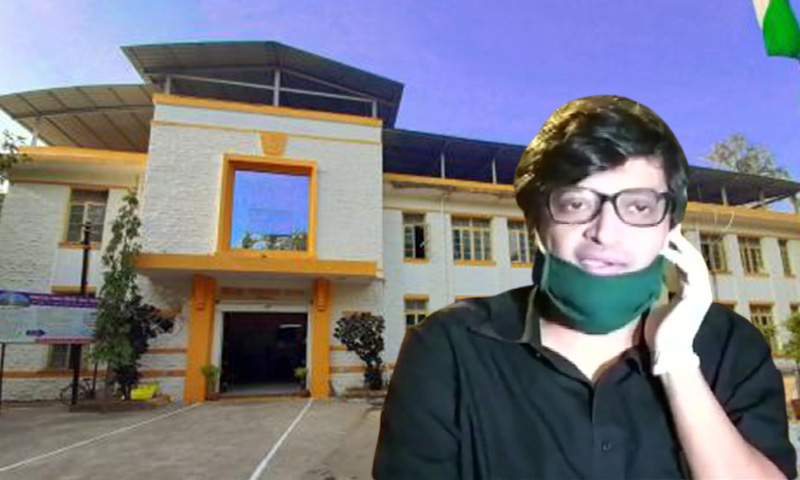 The Sessions Court in Alibag on Tuesday evening reserved order in the revision petition filed by Raigad police challenging the order passed by Chief Judicial Magistrate refusing police custody of Republic TV Editor-in-Chief Arnab Goswami and two others in Anvay Naik abetment of suicide case. The Court has posted the case for pronouncement of verdict day after tomorrow, i.e. Thursday....

The Court has posted the case for pronouncement of verdict day after tomorrow, i.e. Thursday. The bail applications filed on behalf of Arnab Goswami and the co-accused are also listed for hearing on that day.

Opposing the demand for police custody of Goswami, Senior Advocate Abad Ponda had alleged that case against him is a means to silence a powerful critic.

'I'm A News Anchor And May Have Said Things I Shouldn't Say, But This Isn't The Way To Silence Me' : Arnab Goswami's Lawyer Opposes Police Custody

Public Prosecutor Pradeep Gharat, making submissions on behalf of the Raigad police, submitted that considering that Goswami holds an influential position and a political party supports him, the Magistrate was "duty bound" to give police custody.

"Persons who can do and undo things, such persons are supporting the accused…Custodial interrogation of the accused is necessary for him to be confronted with evidence," he submitted.

Referring to Ponda's submission that the matter is commercial in nature, Gharat argued that this is a clear-cut case where the deceased wrote a suicide note, specifically mentioning the accused and stating that he is being driven to commit suicide.

"Person who drives the deceased to commit suicide is guilty of abetment. Anvay Naik couldn't take the pressure and harassment by the accused," Gharat submitted.

He also objected to the Defence's allegation that Avnay Naik's mother died because of him.

"His mother was also a director, he has so many creditors. He thought after I am gone all the creditors will catch my mother. They are businessmen. They argue that he didn't care about his mother.

They are saying he murdered his mother. They have really hurt the family's feelings, it is very painful. It's like killing the whole family."

He also objected to the arguments raised by Goswami's lawyer as to the legality of arrest. He said,

"Shockingly they have argued on points already decided by Bombay High Court yesterday…If arrest was not required, the CJM would not have given permission for police interrogation," he said.

On Monday, a Division Bench of the Bombay High Court refusedto grant him interim bail stating that no case was made out for the exercise of extraordinary jurisdiction by the High Court under Article 226 of the Constitution when the petitioners have the alternate remedy of seeking regular bail under Section 439 of CrPC.