'No Contact With Aryan Khan or Arbaaz in Last One Year' : Alleged 'Supplier' Tells Court 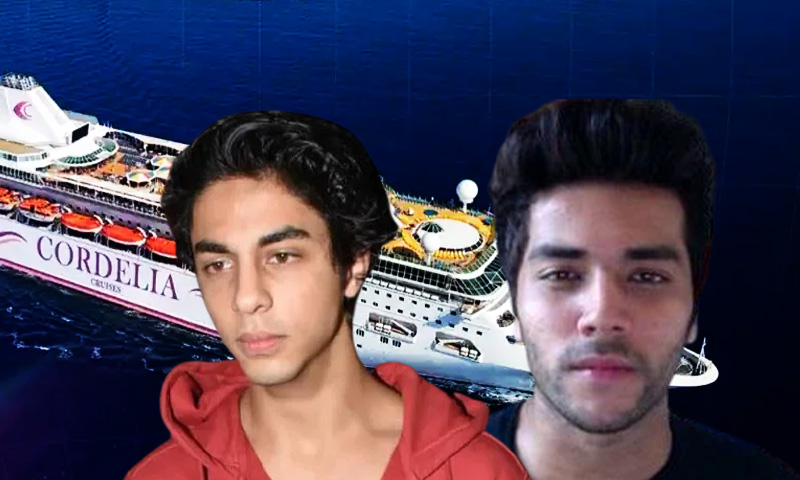 Aachit Kumar (22), accused of being Aryan Khan and Arbaaz Merchant's 'supplier' said he hasn't even interacted with them in over a year and knew Khan only socially. "I was from an IB school, I have a certain study circle, we may have met socially. But do they have anything to show I even interacted with Arbaaz or Aryan in the last one year?" Kumar's counsel questioned....

Aachit Kumar (22), accused of being Aryan Khan and Arbaaz Merchant's 'supplier' said he hasn't even interacted with them in over a year and knew Khan only socially.

"I was from an IB school, I have a certain study circle, we may have met socially. But do they have anything to show I even interacted with Arbaaz or Aryan in the last one year?" Kumar's counsel questioned.

Seeking bail before the Special NDPS court, Advocate Ashwin Thool argued that Kumar was not connected with drugs seized at the cruise's departure terminal, and the panchnama showing the seizure of 2.6 grams of ganja from his house is rife with falsities.

Kumar, the 17th accused in the case was arrested on October 6, after his name allegedly came up in Khan and Merchant's interrogation.

He is accused of being a part of the "ganja trafficking network," possession of small quantities of ganja, consumption and conspiracy.

Apart from Kumar, two guests on the Cordelia cruise also argued their bail pleas today. The Narcotics Control Bureau will respond to the applications tomorrow.

Don't Call Me a Peddler

Advocate Thool for Kumar objected to NCB repeatedly referring to him as a supplier and peddler. He said that Kumar was studying in a reputed University in London and was stuck in India only because of the lockdown.

He added that constantly calling him a peddler when he is not even charged for that offence was ruining his career.

"Before I get into the facts of the matter, I want to say a little about the profile of my client… The ramifications of calling him a peddler can ruin a 22-year-olds life…They say I am part of a ganja network. Have they got even one person to say that a ONE paisa was taken or given to me? At least one transaction, no!!" Thool argued.

Thool further submitted that while NCB allegedly seized ganja from him, Merchant was found with charas. And it wasn't even the NCB's case that he provided contraband for the party.

To substantiate allegations that NCB's seizure panchnama was riddled with falsities, Thool submitted CCTV grabs from Kumar's building. According to the panchnama, Thool said that NCB officers searched Aachit's house between 2.50 pm – 6.20 pm on October 5. Also that Kumar and the panchas signed the document.

However, CCTV grabs show the panchas arrived at 6.18pm only after Kumar was whisked away by NCB officers around 5pm. Moreover, the panchas, security guards of the building left within 18 minutes.

"These are telling facts," he said.

Thool claimed that the recovery was not reliable and his statement under section 67 of the NDPS Act was not corroborated.

Accused of Consumption But No Blood Test

Avin Sahu – asserted that nothing was found on him and he was merely accused of smoking up twice while on the cruise. His Advocate Sana Raees Khan said that the NCB didn't even conduct a blood test to determine if he consumed the drug.

Khan claimed that even though NCB found nothing from Aryan Khan, her case stood on a better footing. "There are no WhatsApp Chats, and he(Sahu) hasn't disclosed names of any suppliers".

"This is a clear case of malicious prosecution. The only thing against him is his statement under section 67 of the NDPS Act. Such a statement is not even admissible as evidence in view of Toofan Singh's judgement," she said.

Advocate Taraq Sayed for accused Manish Rajgaria argued that nothing was recovered from him. The 2.4 gms of charas allegedly shown in his possession was handed over by the cruise ship's security to NCB.

Moreover, he claimed that his client couldn't be accused of a conspiracy as these were independent recoveries made.

"If there is a nexus then reject the bail application. But there is no connection here,… Even in Rhea Chakraborty's case 33 people were arrested. None of them were connected to each other," Sayed said.