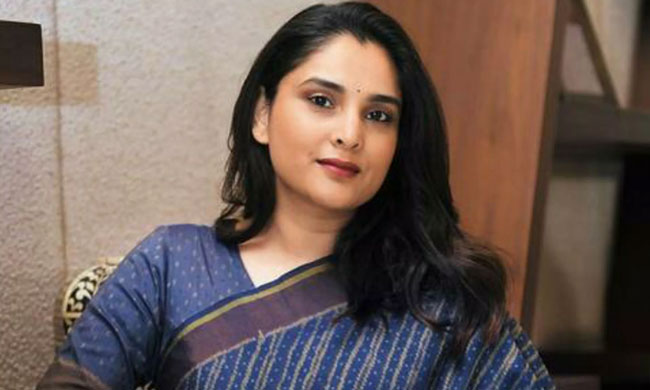 A Bengaluru Civil Court has found both Asianet and Suvarna News liable for defaming actor turned politician Divya Spandana by wrongfully linking her to 2013 IPL spot fixing scam and directed the TV channels to pay damages of Rs.50 lakhs.

The Court also allowed the prayer of the former Member of Parliament for a permanent prohibitory injunction restraining these news networks from telecasting any programs linking her to the match fixing/spot fixing scandals.

"On perusal of the records, it is clear that plaintiff has blemishless records and known as good actress in Kannada film industry and she has also worked as Member of Parliament" ,observed Judge Patil Nagalinganagouda, VIII Additional City Civil and Sessions Judge, Bengaluru.

The subject matter of the suit was two programs aired by Suvarna News (which is owned and controlled by Asianet) in May 2013 on the alleged involvement of some Kannada film actresses in the 'betting' and 'spot fixing' scandal. Still pictures of Divya Spandana, a former brand ambassador of Royal Challengers Bangalore team, were shown in the programs.

Alleging that this amounted to the mischievous suggestion that she was involved in the scandal, the defamation suit was filed claiming damages and prohibitory injunction.The Congress politician contended that she was not associated with IPL in 2013 in any manner, as she was then actively involved in  campaign for Karnataka assembly elections.

Asianet and Survarna News contended that news channels were entitled to broadcast news relating to public events and public figures. It was also contended that there was no direct reference made to Divya Spandana, and there was no loss or damage caused to her. They also stated that the enquiry by police in the case had revealed the involvement of two Kannada film stars in the scam.

The Court noted that Divya Spandana was not associated with the IPL in 2013, and that the persons nabbed by Delhi and Mumbai police in relation to the scam had not named the plaintiff.

Applying the facts of the case to the above principle, the court held that undoubtedly the telecast of Suvarna News linking Divya Spandana to match fixing would lead to lowering her reputation in the minds of right-thinking members of society. It also held that once a plaintiff proves that publications and imputations are defamatory, the burden then shifts on the defendant to justify the publication.

"..there are no records produced on behalf of the defendant to show plaintiff being a brand ambassador of Royal Challengers Bangalore Team was involved in betting and spot fixing scandal as transmitted in the questioned program by the defendants. Hence, this Court is of the opinion that act of defendants is in complete violation of the journalistic ethics and deliberately to destroy the popularity of the plaintiff and act of defendant is mala fide with an intention to defame her dignity", observed the Court.

"It is settled principle of law that reputation is the most valuable asset of a person. It is much more valuable than any amount of money. When the above said questioned program/still images do have the tendency to destroy such reputation, the injury complained of by the plaintiff would be irreparable", observed the Court, allowing the prayer for prohibitory injunction.

The Plaintiff was represented by Promod Nair of Arista Chambers and the Defendants by Poovayya& Co.