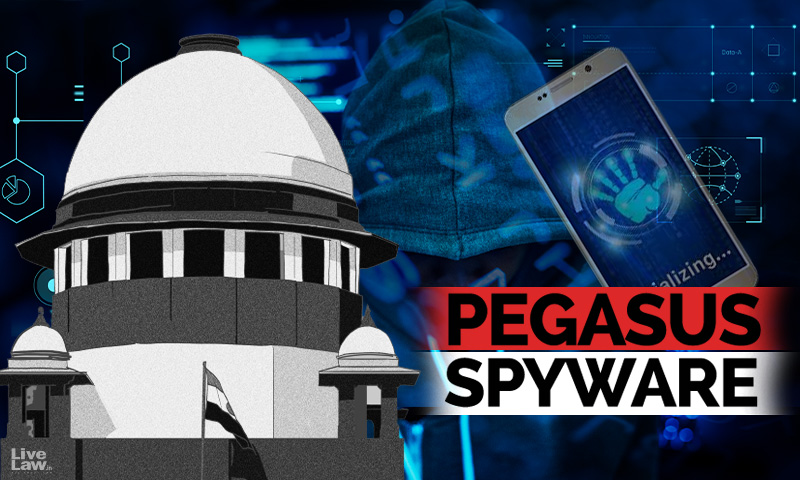 The Attorney General for India KK Venugopal on Thursday declined to grant consent to initiate criminal contempt proceedings against the directors of the NSO Group for alleged "military-grade surveillance" of a Supreme Court justice, while he still was in office, two Supreme Court registry officials on the judicial side of the writ section, and another Supreme Court staffer. NSO is an...

The Attorney General for India KK Venugopal on Thursday declined to grant consent to initiate criminal contempt proceedings against the directors of the NSO Group for alleged "military-grade surveillance" of a Supreme Court justice, while he still was in office, two Supreme Court registry officials on the judicial side of the writ section, and another Supreme Court staffer. NSO is an Israel-based company, which owns spyware Pegasus.

The Attorney General was considering a letter written by Tamil Nadu MP Dr. T. Thirumaavalavan had also sought consent for initiation of contempt against incumbent Secretary of Home Mr. Ajay Bhalla, as well as the previous Secretary of Home Mr. Rajiv Gauba, for alleged involvement in the Pegasus Snooping scandal.

As per Section 15 of Contempt of Courts Act, 1971, in the case of criminal contempt, the Supreme Court or the High Court may take action on its own motion or on a motion made by (i) the Advocate-General, or (ii) any other person, with the consent in writing of the Advocate-General.

According to a report of The Wire, the woman staffer who raised the sexual harassment allegations against the former Chief Justice of India Ranjan Gogoi and some of her family members were listed as the potential targets of Pegasus snooping. The Wire also later published a shocking report stating that an old mobile number associated with Justice Arun Mishra, numbers of two Supreme Court officials and three advocates were also included in the list of Pegasus targets.

Though Justice Mishra has said on record that he had surrendered the targeted phone number in 2014, which was added to the database in 2019, the letter seeking initiation of consent proceedings had stated,

"The fact that the number which was registered in his name was added to the target list in 2019, when he was a sitting judge of the Supreme Court, is reason enough for initiating contempt."

The Attorney General in his letter stated that 'it would be inappropriate' for him to grant such a request since the question as to whether the central government has used the Pegasus software was currently sub-judice before the Supreme Court of India.

"The question of whether the Government of India has used the Pegasus software and if so against whom is matter which is being debated and is currently sub-judice before the Supreme Court of India. In the absence of such a determination having been made, it would be inappropriate for me to grant consent for the initiation of proceedings for criminal contempt under Section 15 of the Contempt of Courts Act, 1971", the letter further enumerated.

Several petitions were thereafter filed before the Apex Court seeking an independent probe into the matter. The Supreme Court on September 13 had reserved interim orders on the batch of petitions seeking an investigation into the matter after the Centre expressed unwillingness to file an affidavit citing concerns over national security.

In a recent development, CJI NV Ramana had on September 23 orally mentioned to Senior Advocate Chander Uday Singh who is appearing in one of the Pegasus petitioners that the Court will pass the orders in the case next week. However, no such interim orders have been issued yet by the Apex Court.