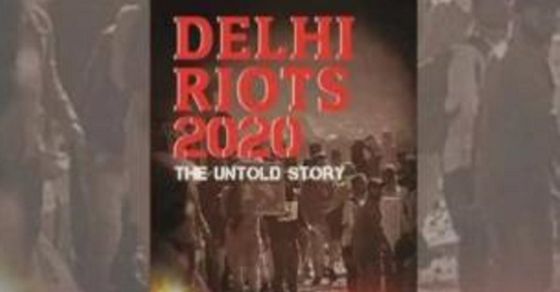 Arora has alleged that Bloomsbury Publishing rescinded their contract without her knowledge and consent and proceeded to leak a PDF version of her book in the public, with an intention to hamper future sales. She has further alleged that the publisher wilfully expunged her work, thereby diminishing her goodwill, reputation and standing.

"The Publisher through deliberate and dishonest means attempted to scuttle the Author's voice, freedom, reputation and goodwill by rescinding from its obligations on the date of the launch," she said.

She has alleged that the Publisher was pressurized to withdraw her book by Mr. Aatish Tasser, Mr. William Dalrymple, Mr. Saket Gokhale, Ms. Arfa Khanum Sherwani, Ms. Meena Kandasamy and accordingly, they have been booked for the offences of criminal intimidation and statements creating and promoting enmity, hatred, and ill will between classes under Sections 503, 505, 295A of the IPC.

Ms. Arora has enlisted a number of Tweets made by the abovementioned individuals, criticizing publication of her book by Bloomsbury following which, the publisher withdrew her book while the launch event was live on August 22.

In her complaint she has stated,

"The book was taken down from the Amazon website, by which time it had already become the number one Bestseller in the "Political" category. This left a large number of interested readers high and dry as they were left with no other medium / platform to place their booking orders. Despite the Author's repeated requests to reconsider its decision, the Publisher refused to budge.

Such unilateral actions of the Publisher put the Author in a precarious position, as despite a successful book launch and a huge demand from readers there was no way to place orders."

"The Publisher gave in to pressure and intimidating tactics of certain individuals having a despicable agenda who had not even read the contents of the book, and who did not want the book to see the light of the day or let the truth of Delhi riots be shown to the people of India."

Further, she has filed a complaint against Mrs. Nandini Sundar, The Quint and Newslaundry for the offence of illegal receipt and retention of stolen property, despite knowing and having reason to believe the same to be stolen property under Sections , 379 410, 411 of the IPC read with Section 72 of the Information Technology Act, 2000.

On August 25, the Quint had published an article recently, claiming that it had accessed and scanned the Bloomsbury draft of the book. NewsLaundry had also published a report making a detailed analysis of the book.