[Babri Demolition Case] "I am Innocent, Implicated In The Case Due To Political Influence and Ideological Inclination" LK Advani Tells Spl. Court 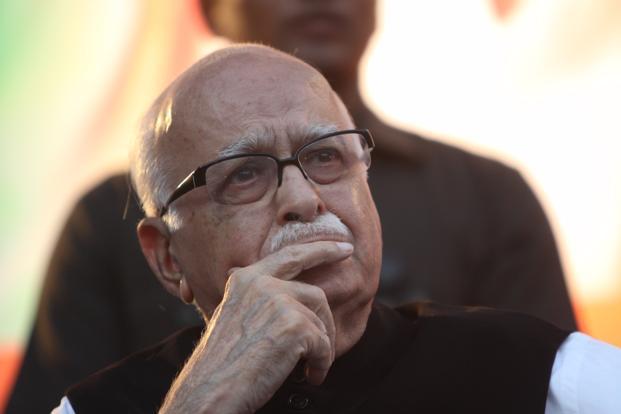 Veteran BJP leader L K Advani on Friday recorded his statement before a special CBI court in the 1992 Babri mosque demolition case and denied any involvement in the conspiracy to pull down the disputed structure.

The statement of the 92-year-old former deputy prime minster was recorded through video conferencing in the court of special Judge S K Yadav with his counsels Vimal Kumar Srivastava, KK Mishra and Abhishek Ranjan present in the court.

Advani denied his involvement in the alleged conspiracy along with 'Kar sevaks' to demolish the disputed structure in Ayodhya on December 6, 1992. He pleaded he was completely innocent and was unnecessarily dragged in the case owing to political reasons.

He said he would furnish his defense at an appropriate stage of the proceedings.

Advani told the special CBI judge that the investigation was conducted under political pressure and the charge sheet was forwarded on the basis of fabricated evidence.

The special judge put forth 1,050 questions to Advani and he answered them very cautiously, denying every allegation of conspiracy and arguing there was no occasion to make him stand on trial.

As the judge narrated to him the contents of some video clippings, newspaper reports and other evidences relating to the incident in 1992, Advani shrugged them off, saying they were totally false and produced in the court due to political influence and ideological inclination.

When the judge referred to evidences regarding his alleged provocative speeches to Kar sevaks, the BJP veteran told him that the evidence was false and the investigators included the video cassettes and newspapers for political malice and under political influence.

The judge also referred to a piece of evidence furnished by the CBI witness on the basis of an English newspaper published on October 24, 1990, about his arrest with the headline 'Advani arrested in Samastipur'.

The edition carried news relating to call for Bharat Bandh by the leaders of Vishwa Hindu Parishad and other organisations in protest against his arrest.

The edition also carried Shiv Sena leader Balasaheb Thackeray's statement that 'Bandh will be peaceful'. Even then, some Kar sevaks succeeded in climbing on the disputed structure and damaged it.

Some Kar sevaks lost their lives in police firing on October 10, 1990, during 'Kar seva'.

On completion of this description, the judge asked Advani as to what he had to say about this.

Except the fact of the arrest, other deposition is false and the same had been included in the investigation due to political malice and ideological differences giving the facts a colour, Advani replied.

His deposition began at around 11 a.m. as he appeared in the court online from Delhi along with his lawyer Mahipal Ahluwalia.

After the recording of his statement was completed, the judge asked his office to send a copy of it to CBI's Delhi office which would get Advani's signature on it and send it back to the court.

The CBI had earlier issued charge sheet to Advani along with others in the case. But the Allahabad High Court had discharged him from the case holding him innocent.

But on a CBI petition, the Supreme Court in 2017 directed him to face trial on the charges of conspiracy.

On Thursday, the special court had recorded the statement of BJP veteran Murli Manohar Joshi in the case.

Dubbing prosecution witnesses in the Babri mosque demolition case as "liars", 86-year-old Joshi had asserted that he was innocent and implicated in the case by the then Congress government at the Centre.

The Babri mosque demolition trial is presently at the stage of recording of statements of 32 accused in the case under Section 313 of CrPC during which they get an opportunity to refute the prosecution evidence against them.

The special court has been recording the statement of accused persons since July 4 under these provisions.

The mosque in Ayodhya was demolished on December 6, 1992, by 'kar sevaks' who claimed that an ancient Ram temple stood at the same site.

Advani and Joshi were among those leading the Ram temple movement at that time.

The court is conducting day-to-day hearing in the case to complete its trial by August 31 as directed by the Supreme Court and has already recorded statements of BJP stalwarts like Kalyan Singh and Uma Bharti.

Advani's statement was recorded barely days before a grand groundbreaking event planned on August 5 for a Ram temple at Ayodhya.

Prime Minister Narendra Modi and a galaxy of political leaders, including Advani, have been invited to attend the event.

Last year, a five-judge Constitution bench of the Supreme Court had ruled that the 2.77 acre land claimed by both Hindus and Muslims would be handed over to a government-run trust for the building of a temple.

The court had also announced a five-acre plot at another site in Ayodhya for Muslims.

Meanwhile, the Allahabad High Court dismissed a plea for stopping the August 5 "Bhoomi Pujan" ceremony for laying down the foundation stone for building the temple.

An official spokesperson said that Chief Minister Yogi Adityanath will go to Ayodhya on Saturday. He, however, did not elaborate.