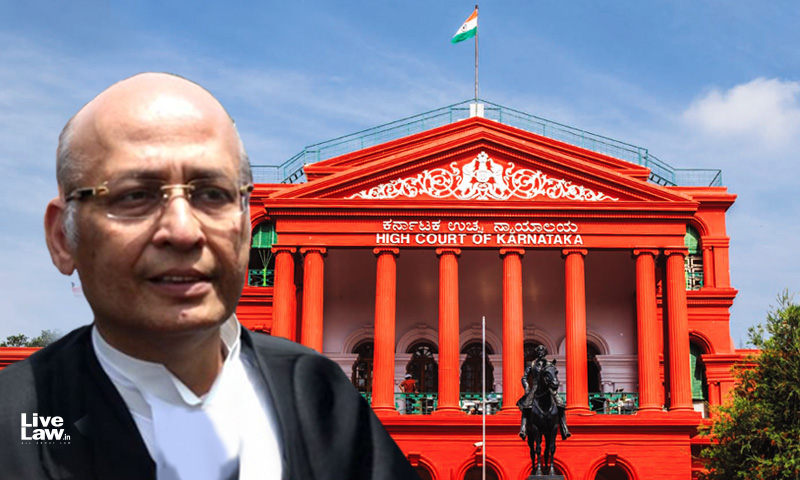 The Karnataka High Court on Thursday began hearing a batch of petitions challenging the constitutional validity of the Karnataka Police (Amendment) Act 2021, by which the state government has banned all online gambling and betting, and provide maximum imprisonment of three years and penalty upto Rs 1 lakh for violation of the provisions. The petitions were partly heard before...

The Karnataka High Court on Thursday began hearing a batch of petitions challenging the constitutional validity of the Karnataka Police (Amendment) Act 2021, by which the state government has banned all online gambling and betting, and provide maximum imprisonment of three years and penalty upto Rs 1 lakh for violation of the provisions.

The petitions were partly heard before diwali vacation by a single judge bench of Justice Krishna S Dixit. However, post diwali vacation as the roster changed all matters wherein the vires of an Act is under challenge, has to be placed for hearing before a division bench. Accordingly, the matter was taken up by a bench headed by Chief Justice Ritu Raj Awasthi.

The court began hearing the petition on the aspect of interim relief. Senior Advocate Dr Abhishek Manu Singhvi, opened the arguments pleading before the court for staying the operation of the Amendment Act, till the final disposal of petitions. It was submitted by him that, "There is a distinction between Game of chance and game of skill. Game of chance alone can be regulated to the point of banning by state authorities. Conversely to this, state governments have no jurisdiction to ban games of skill. This distinction has been in existence for years."

Further, it was contended, "State has competence on game of chance and not game of skill. There is no difference if the games are played in virtual mode." He also submitted that, "Bringing a ban on game of skill held to be per se, game of skill protected by decades of common law, equally makes it arbitrary under Article 14."

Referring to the judgements passed by the Madras and Kerala High Court which have struck down similar amendments, it was submitted that, "In all states there have been pre-existing Acts, which have been for several years. All of them had exclusions for games of skill. Along came this populism/paternalism thought process, and these new forms of amendments were put in."

He added, "Today in this world there are many things we will dislike. The problem is unless the activity in the narrowest zone of vice is like noxious activity. If we start applying our individual standards we will be worse than a chancellor's foot situation."

Urging the court to make a clear distinction between games of skill and chance it was said, "Element of chance is in the game and also skill is in the game. Who pays whom, that is not chance or skill. Chance or skill arises from the intrinsic nature of the game and not from who wins or who loses." He also relied on Supreme Court and High Court judgements to support his contentions.

Advocate General Prabhuling K Navadgi on Thursday orally assured the court that no precipitative action would be taken against online gaming companies for the time being.

The matter will next be heard on November 18.