The Bar Council of Delhi has requested all the courts and tribunals in Delhi to prevent those Advocates from practicing before them, who have not cleared the All India Bar Examination (AIBE) within due time.

AIBE was made mandatory by the Bar Council of India for all law students graduating from academic year 2009-2010 and enrolled as advocates under Section 24 of the Advocates Act, 1961 vide Resolution dated April 30, 2010 (notified on June 12, 2010). Further, vide Circular dated 12.04.2013 it was clarified that on failure to qualify AIBE, they shall cease to be advocates till they pass AIBE.

The letter issued by the Bar Council of Delhi on August 26 intimated the Supreme Court, the Delhi High Court and other Tribunals and subordinate courts in the capital that since 2010, a total of 4,778 advocates, who were enrolled provisionally, have not qualified AIBE. Thus, they were ineligible to practice or enjoy any benefits as an Advocate, including voting rights in Bar elections.

The list of such advocates has been forwarded to the Registrars General of all the concerned courts. 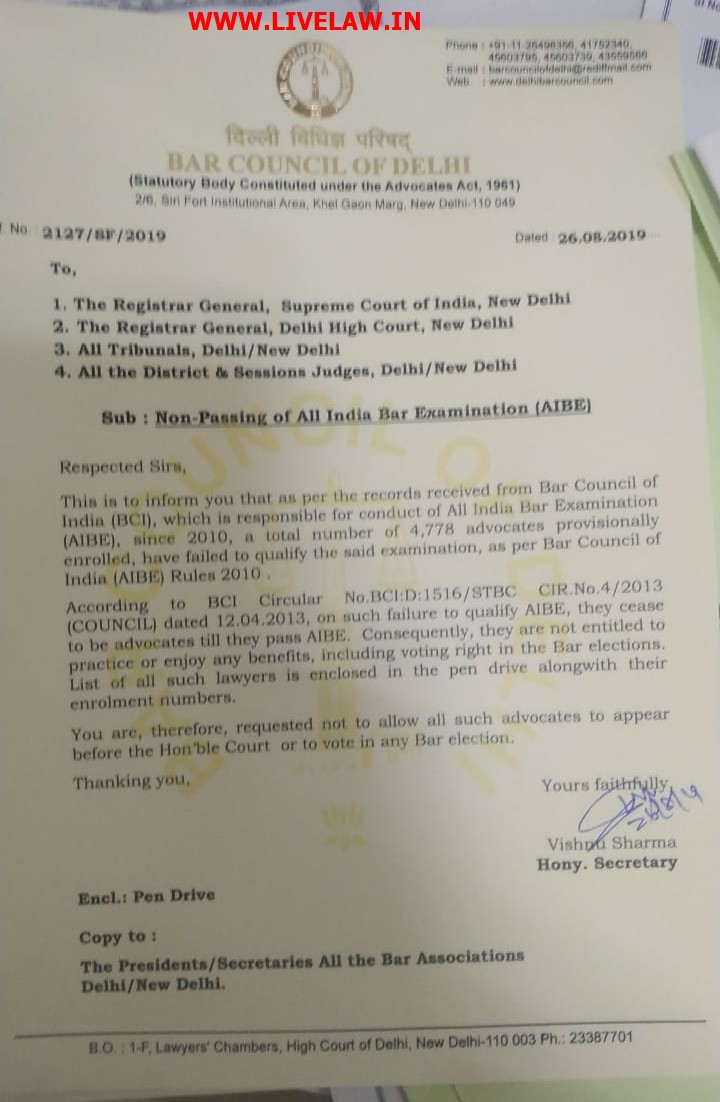