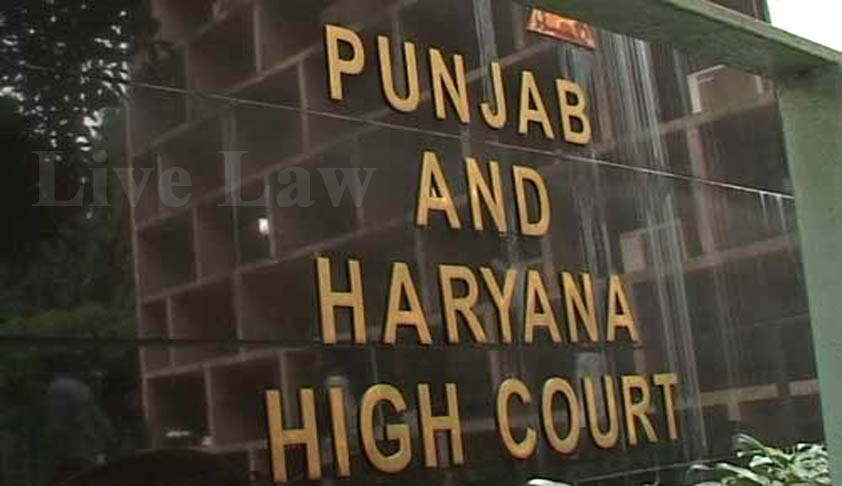 Addressing a letter to the Chief Justice of Punjab & Haryana High Court, the Bar Council of Punjab & Haryana on Friday (02nd October) requested the CJ to atleast start physical hearing in 50% courts simultaneously with virtual hearing."The Bar Council is sending this representation on behalf of all the Advocates of Punjab, Haryana and Chandigarh with earnest hope that the Hon'ble...

"The Bar Council is sending this representation on behalf of all the Advocates of Punjab, Haryana and Chandigarh with earnest hope that the Hon'ble Chief Justice will heed to the request of legal fraternity and start the physical functioning of 50% courts by 12.10.2020, otherwise, the Bar Council will have no other option except to resort to peaceful agitation in order to provide some comfort to the advocates who are keenly waiting for the re-opening of Hon'ble Courts", reads the letter. (emphasis supplied)

The letter also states that the Bar Council will hand over a memorandum to the Hon'ble Governors of Punjab and Haryana on 12.10.2020 "before resorting to agitation in anticipation of some tangible solution to the problems being faced by the legal fraternity and common man."

The Letter further lists out the following two methods, which would be adopted, to peacefully and democratically press for their demands.

1. Chain hunger strike w.e.f 13.10.2020 in which every day, five advocates will sit in the high court premises as well as in the Districts Courts.

2. If the physical functioning of the court will not start in a phased manner, w.e.f 26.10.2020, then the advocates would restrain from attending virtual courts.

The letter also states that under the recently issued unlock-5 guidelines even theatres, education institutes are allowed to re-open and w.e.f. 15.10.2020 almost all commercial and other institutions have been allowed to start functioning.

"The Parliament and the State Assemblies had their sessions. Even various examinations are being held in the near future. The Assembly elections to Bihar Assembly have been announced by the Election Commission of India. The various Hon'ble High Courts of different states have started physical hearing to mitigate the pangs of a common man striving for justice", states the Letter.

The letter further contends that when almost all the restriction have been substantially relaxed by the Government of India and also keeping in view pandemic has adversely effected the members of legal fraternity which has not been provided with any succour or incentive by the Government in-term of financial assistance, there is a widespread feeling of frustration and demand of the advocates of Punjab, Haryana and Chandigarh with regard to opening of Courts and starting physical hearings in all courts across Punjab, Haryana and Chandigarh including Punjab and Haryana High Court.

Interestingly, the letter highlights that "except handful of Senior Designate Advocates who are thriving", the majority of the members of legal fraternity are suffering.

The Letter further states that in the P&H High Court, there has been no designation of Advocate as Senior Advocate for the last almost 7 years.
"Even, the Hon'ble Supreme Court has directed in the matter of Indira Jaisingh to conduct this administrative exercise twice in a year. Such a situation has made the justice delivery system beyond the reach of a common man", reads the letter.

It may be noted that while hearing the matter [In Re Functioning of Courts in Bihar during the period of COVID-19, Pandemic], the Patna High Court on Wednesday (30th September) decided the parameters for e-filing, physical filing, listing and hearing in consonance with all the stakeholders.