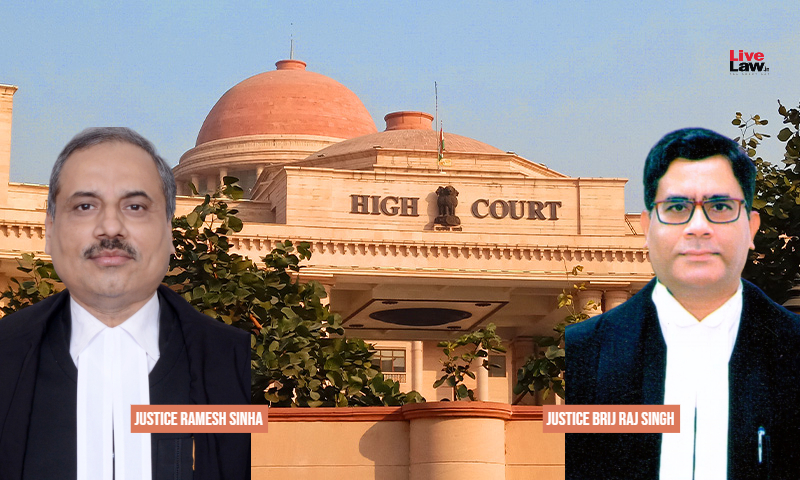 In a significant order, the Allahabad High Court (Lucknow bench) last week denied bail to 34 Cops, Constables in Pradeshik Armed Constabulary (PAC) who have been accused of killing 10 Sikh men in an alleged fake encounter in the year 1991 treating them as terrorists.

The Bench of Justice Ramesh Sinha and Justice Brij Raj Singh observed that the accused cops had indulged in a barbaric and inhuman killing of innocent persons by calling them, terrorists.

"Moreso, if some of the deceased were involved in anti-social activities and criminal cases were registered against them, then too procedure established by law should have been adhered to, to bring them to task and not indulging in such a barbaric and inhuman killing of the innocent persons in the name of terrorists by the appellants," the Court stressed as it listed the criminal appeal of accsued filed challenging their conviction for final hearing on July 25, 2022.

As per the prosecution case, on July 12, 1991, a bus containing passengers/pilgrims was stopped near Pilibhit at about 09-10 a.m. by a team of Uttar Pradesh Police of district Pilibhit (appellants).

They alighted 10-11 Sikh youths from the pilgrims' bus; boarded them in their blue colored bus (police bus); and some police personnel sat in the bus along with the remaining passengers/ pilgrims (P.W.11, P.W.13, children, ladies, and old man).

Thereafter, the remaining passengers/pilgrims kept roaming the pilgrims' bus the whole day here and there with the police personnel and after that, the policemen left the bus in a Gurudwara in Pilibhit at night, whereas 10 Sikh youths, who were alighted from the pilgrims' bus, were killed by the police personnel (appellants) showing them as terrorists by dividing them into three parts. Three separate FIRs were lodged implicating policemen for killing 10 young men.

The eleventh one was a child whose whereabouts would not be traced out and his parents were given compensation by the State.

Feeling aggrieved by their aforesaid conviction and sentence, all the 47 convicts/appellants moved to the High Court. Out of these 47 Convicts, 12 convicts/appellants were granted bail by a Co-ordinate Bench of the HC either on the ground of age or severe ailment. Now, the Court had to deal with the bail pleas of 35 people.

It was their primary contention that 4 of the deceased belonged to terrorist outfits, namely, Khalistan Liberation Army there was a vigilance report that hardcore terrorists of Khalistan Liberation Front were present in Pilibhit and adjoining area and they were committing heinous crimes like murder, loot, land grabbing etc. and have created panic in the public.

However, the Court added that it was not justified on the part of the accused persons to treat all the deceased to be the terrorists by separating them from their wives and their children, who were going on a pilgrimage on the bus, and taking them to another bus and killing them in a fake encounter at three different places of district Pilibhit.

"Taking into consideration the facts and circumstances of the case and also considering the gravity of offence; evidences of the prosecution witnesses; presence of two eye-witnesses P.W.11 and P.W.13, who supported the prosecution case; medical evidence corroborates the prosecution case; non-explanation of injuries of mark of rub and lacerated wounds found on the dead bodies of the deceased persons by the appellants; non-explanation of mark of bullet on the blue coloured bus by which eye-witnesses P.W.11 and P.W.13 had stated to bring 10 young Sikhs by the police personnel/appellants; non-explanation of source of inputs gathered with regard to travelling of terrorists from the pilgrims bus by the appellants on the date of the incident, this Court do not find it a fit case to enlarge the appellants on bail," the Court held

Consequently, the Court denied bail to 34 Cops and clarified that the observations made by it were only to decide the question of grant of bail and shall not be treated to be the expression of any opinion on the merits of the case.

Case title - Devendra Pandey and others v. State Of U.P. Thru. C.B.I. and connected appeals