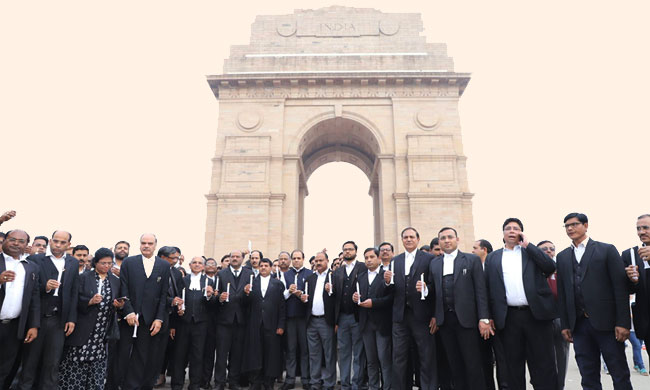 The Bar Council of India has requested all the District and Taluka Bar Associations across the country to supply the details of all practising Advocates who are members of their respective Bar Associations, for perusal of the e-Committee of the Supreme Court of India.

This exercise has been made mandatory and such Advocates who fail to furnish to the requisite information to their respective Bar Association, which in turn will forward the data to the BCI, shall be treated as "Non-Practicing Advocate by the Council".

The decision has been taken in the backdrop of "inaction" of many State Bar Councils in providing the information sought by the BCI on several occasions.

In a letter dated July 24, 2020, addressed to the Presidents and Secretaries of all the Bar Associations in the country, the BCI has sought details of Advocates registered with them, as per the given format, via email at bci.scinfo@gmail.com.

This process has to be treated as "urgent" and the details as asked for have to be furnished within a period 15 days.

For the purpose of collecting necessary data, the BCI has directed that the Bar Associations to create official whatsapp group(s) consisting of the members practicing and registered with them only.

"Such official groups shall not contain/include the name of any Advocate who is practicing somewhere else and/or who is not a member of that particular Bar Association," the letter states.

In all such Whatsapp groups of the Bar Associations, BCI Chairman will nominate one official from the BCI to be the group admin, in order to avoid any sort of mischief.

Further, upon creation of such whatsapp groups, the details of the name of the Group, created by particular District/Taluka Bar Association/s along with details of names and number of members of the group are to be emailed to BCI at bci.scinfo@gmail.com.

"They have to submit their details to the respective Bar Associations of which they are members and for convenience and ease, the entire list shall be required to be sent by/through the Bar Associations to BCI in word/excel format," the letter states.