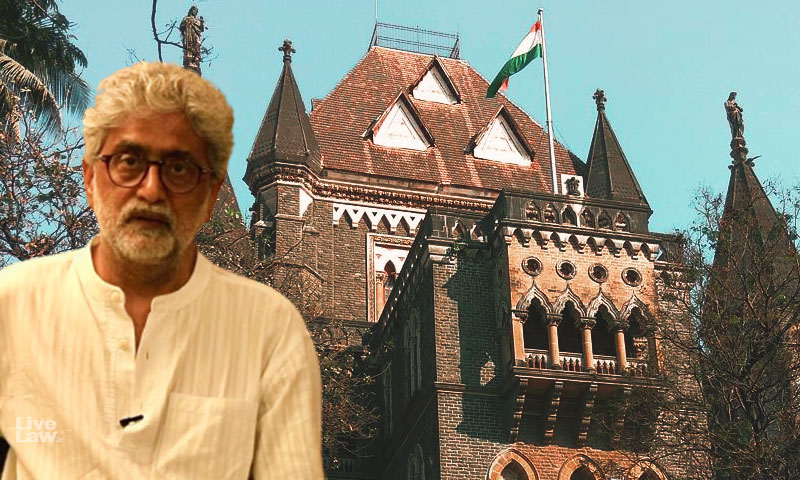 x
Gautam Navlakha has sought to be transferred out of Taloja Central Prison, citing the lump in his chest and great hardships owing to the alleged denial of basic medical necessities.

UPDATE : Gautam Navlakha Will Be Taken To Tata Memorial Hospital To Examine Chest Lump, Maharashtra Govt Tells Bombay High Court Bhima Koregaon case accused Gautam Navlakha has approached the Bombay High Court for keeping him under house arrest. The 70- year-old has sought to be transferred out of Taloja Central Prison, citing the lump in his chest and great hardship owing to...

The 70- year-old has sought to be transferred out of Taloja Central Prison, citing the lump in his chest and great hardship owing to the alleged denial of basic medical and other necessities in Prison.

"Taloja is sorely lacking in infrastructure and manpower and incapable of caring for ailing and elderly inmates such as the petitioner," the petition states. Navlakha's co-accused, octogenarian Father Stan Swamy, had died in July this year while being under custody in the Bhima Koregaon case.

Navlakha has relied on Supreme Court's observations while refusing him default bail in May 2021. The SC said that in certain appropriate cases under section 167 of the CrPC the court may order house arrest considering the accused's age, health, and antecedents.

During the hearing on Thursday, Navlakha's counsel Yug Chaudhry assisted by Advocate Payoshi Roy said the lump in his chest which developed in March 2021, requires investigation, and he should be taken to Jaslok hospital for the same.

However, the division bench of Justices SS Shinde and NJ Jamadar asked the respondents to file their reply within two weeks and intimate the bench during the afternoon session if Navlakha could be taken to a private hospital to investigate the lump. In the afternoon, the Maharashtra Government told the bench that Navlakha will be taken to Tata Memorial Hospital for checkup tomorrow.

Navalakha, along with 14 other civil liberties activists and academics are incarcerated, facing charges under the stringent Unlawful Activities (Prevention) Act (UAPA) based on electronic evidence to claim a conspiracy to overthrow the government.

"Around March 2021 the petitioner developed a lump on the right side of his chest. This is extremely worrying considering the history of cancer in his family," the plea states.

Navlakha adds that despite repeated oral and written requests to the prison officials, he has not been taken for investigations.

"Because of the negligence and stubborn refusal of officials of Taloja Prison the ailments and medical concerns of inmates go undiagnosed and untreated for long periods of time",  the plea states.

He adds that despite SC's directions prison officials deny inmates essential items such as a chair and slippers.

Navlakha said he fits perfectly in the criteria for house arrest considering his advanced age, several ailments and no criminal antecedents. Far from being a flight risk, he has always cooperated with investigators, he states in the plea.

Lastly, the prisoner says that there are 15 accused in the case and the trial is unlikely to be completed anytime soon considering the 30,000 pages of charge sheet. Also because the accused have still not been provided with the electronic records.