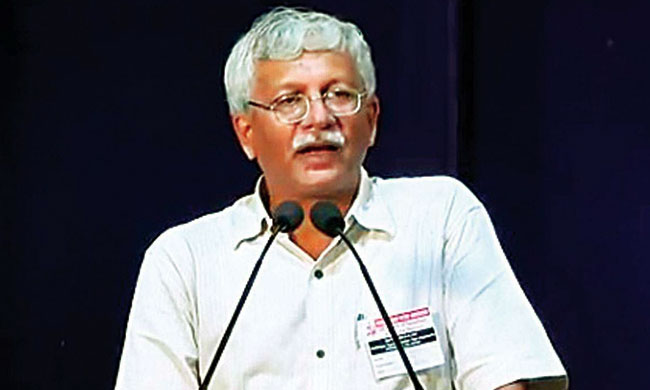 The prosecution began its arguments on Tuesday in the bail hearings of Vernon Gonsalves, Sudha Bharadwaj and Arun Ferreira, all accused of being a part of the Naxalite movement and for inciting the violence which took place at Koregaon Bhima in Pune.

Justice Sarang Kotwal has been hearing the detailed submissions of all the bail applicants almost on a daily basis.

APP Aruna Pai began by opposing Vernon Gonsalves's bail and said that he is a member of the two frontal organisations of CPI(Maoist) namely Indian Association of People's Lawyers (IAPL) and Centre for Release of Political Prisoners (CRPP).

"There have been 18 cases registered against him (Gonsalves) under UAPA, Arms Act and Explosive Substances Act and he was also convicted in one case", Pai said.

Justice Kotwal asked- And he was convicted under which Act?

This is when one of the lawyers appearing for applicant Vernon submitted that he was convicted under Arms Act only.

"Arun and Vernon are engaged in recruiting cadres for the banned CPI(Maoist). They are members of the "Radical Study Circle" and one of the letters recovered from the accused states that students like Mahesh and Nandu were extremely inspired by Milind and Vernon."

Justice Kotwal asked- The author of these letters is not known? APP Pai replied in the affirmative.

Throughout the hearing Justice Kotwal raised questions with regard to the material relied upon by the prosecution. He pointed out how Vernon's lawyer Senior Advocate Mihir Desai had questioned the admissibility of these letters as they were not recovered from Vernon.

The investigation is still in progress and the material (letters etc) relied upon acts as corroborative evidence of involvement of the banned CPI(Maoist), Pai said.

She relied on decisions of the Supreme Court in Romila Thapar vs Union of India, and in Anand Teltumbde and Gautam Navlakha's case in support of her arguments.

Finally, APP Pai pointed to the Call Detail Record (CDR) of all the accused in the case and said that they were all in touch with each other. She will continue her submissions on Thursday.