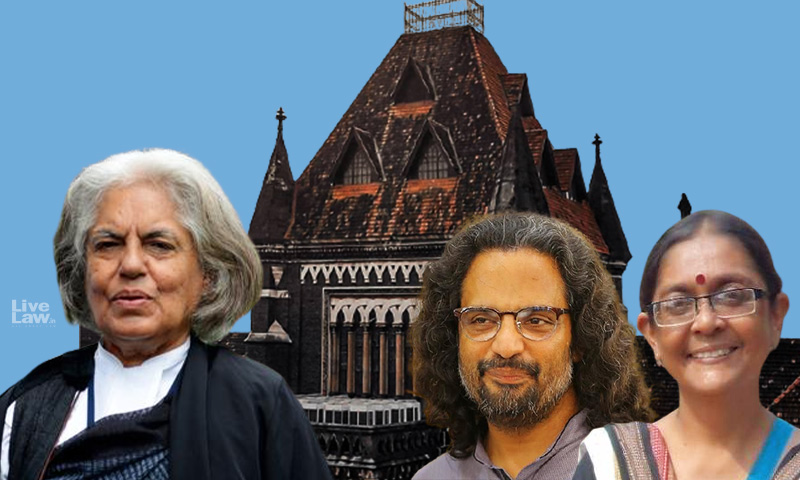 The caste violence at Bhima Koregaon on January 1, 2018, was not caused by the "lawful" Elgar Parishad event held the previous day, and the case would not attract the stringent Unlawful Activities (Prevention) Act, researcher Rona Wilson told the Bombay High Court. Senior Advocate Indira Jaising for Wilson submitted that she would be relying on two statements made by then...

The caste violence at Bhima Koregaon on January 1, 2018, was not caused by the "lawful" Elgar Parishad event held the previous day, and the case would not attract the stringent Unlawful Activities (Prevention) Act, researcher Rona Wilson told the Bombay High Court.

Senior Advocate Indira Jaising for Wilson submitted that she would be relying on two statements made by then Chief Minister Devendra Fadnavis in the Maharashtra Legislative Assembly.

Jaising said that not only had Fadnavis blamed a mob carrying 'saffron' flags for the violence on the floor of the house, but the Pune Rural police had filed an affidavit in the Supreme Court accusing right-wing brahmin leader Milind Ekbote of inciting violence.

"This case has two narratives, how can two separate groups be responsible?," she asked.

On Monday, a bench of Justices SS Shinde and NJ Jamadar began physical hearings in Wilson and professor Shoma Sen's petitions under section 482 of the CrPC, Articles 226 and 227 of the Constitution of India, challenging the sanction to prosecute them under the UA(P) Act.

Their pleas heavily rely on a report by Arsenal Consulting, a digital forensics company in the USA, which has concluded that Wilson's computer was infected with a malware called NetWire (available for $10 online) and incriminating "evidence" was planted against them.

The National Investigation Agency (NIA), that took over the case in January 2020, and the Maharashtra police have raised preliminary objections that the pleas are not maintainable.

The agencies have held Wilson, Sen and 13 other civil liberties activists responsible for the Bhima Koregaon violence and furthering the banned CPI (Maoist) agenda with a plot to overthrow the government.

Jaising began her arguments on the maintainability of the plea by reading out the list of dates.

She said that the Bhima Koregaon battle was fought between 25,000 mighty Peshwa army and 500 British soldiers, including people from the Mahar (Dalit) community. The names of martyrs in the war are inscribed in the memorial by the British Army then.

Hundreds of people visiting the war memorial at Bhima Koregaon were attacked on January 1, 2018, after violence erupted. They were mainly from the Dalit community, and one died in the stone-pelting.

She said that the first FIR was registered the very same day, and Ekbote was eventually arrested and released on bail in that case. However, another FIR by right-wing activist Tushar Damgude was pursued, where the public Elgar Parishad event was blamed for the violence.

"My two submissions are, there was no violence on December 31, 2017, after the Elgar Parishad event. Late Justice PB Sawant was also present. Moreover, the event was held after taking permission from the police. It was a lawful activity," she said.

Jaising further submitted that what happened at Bhima Koregaon was a simple case of violence and not an offence under UAPA.

"Violence occurred because people were not allowed to pay their respects at the Bhima Koregaon memorial on that day. What appears to have happened is cross FIRs."

She submitted that while opposing Ekbote's anticipatory bail application, the Maharashtra Government, through the Assistant Commissioner of Police filed an affidavit holding him responsible for Bhima Koregaon violence.

"I will also be relying on two statements made by the then Chief Minister made in the floor of the house that violence was caused by a mob holding saffron flags."

Jaising said that in 2018 the houses of several activists, including Rona Wilson's and advocate Surendra Gadling were searched, despite a magistrate refusing searches not once but twice.

No Definitive Judgement on Secure Seizure of Electronic Evidence

Jaising said that the provisions of the CrPC did not visualise the search and seizure of electronic evidence as it is a subsequent technological innovation.

"In my considered view, there is no definitive judgement on what is considered legal electronic evidence. What they are relying on is not evidence in the eyes of the law", she said.

Jaising added that the two main issues are if the evidence collected is legal and if someone has tampered with Wilson's computer.

"This whole fight is really about bail... I endeavour to show this is a classical case for relief under section 482 CrPC, Article 226 and 227", she added.

Arguments on maintainability will continue on August 4.