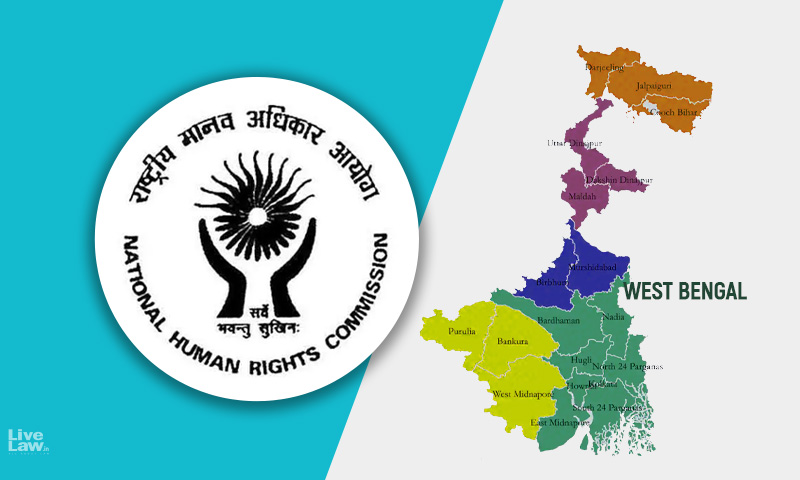 The National Human Rights Commission (NHRC) on Thursday took suo motu cognizance of media reports that eight persons were allegedly burnt to death in Birbhum district of West Bengal after a TMC leader was killed in a bomb attack.The murder of a deputy pradhan in Bogtui village in West Bengal's Birbhum district on Monday evening led to at least eight houses in the area being attacked and...

The National Human Rights Commission (NHRC) on Thursday took suo motu cognizance of media reports that eight persons were allegedly burnt to death in Birbhum district of West Bengal after a TMC leader was killed in a bomb attack.

The murder of a deputy pradhan in Bogtui village in West Bengal's Birbhum district on Monday evening led to at least eight houses in the area being attacked and set on fire, resulting in eight deaths, including that of women and children.

According to the press release issued by the NHRC, the Commission has issued notices to the Chief Secretary and the Director General of Police, West Bengal calling for a detailed report in the matter within 4 weeks including the status for the FIRs registered in the matter, steps taken to ensure safety of the people in the village and any relief or rehabilitation provided by the State Government.

Issuing the notices, the Commission has also observed that going by the contents of the media reports, the incident of hate violence indicates that the law and order is not appropriate in the area.

"According to the media reports, the doctors at Rampurhat Government Hospital, where the bodies were taken for post-mortem, stated that the condition of the bodies made their work very difficult. It is further stated that the presence of blood suggests that the victims were first physically attacked and then the houses were put on fire", the press release averred further.

On Thursday, the Calcutta High Court reserved order in the suo moto petition initiated pertaining to the incident of Rampurhat violence in Birbhum district. A Bench comprising Chief Justice Prakash Shrivastava and Justice Rajarshi Bharadwaj also took on record the case diary submitted by the State investigating authorities pertaining to the ongoing investigation. The Court had earlier directed the Central Forensic Science Laboratory (CFSL) at Delhi  to visit the the scene of the crime and collect necessary evidence for forensic examination without any delay.

The Advocate General informed the Court on Thursday that pursuant to the Court's earlier directions, 31 CCTV cameras have been installed in the scene of the crime and various confidence building measures have also been undertaken. The Court was further apprised that witness protection has also been extended.

On Monday evening, Bhadu Sheikh, a TMC leader and a deputy pradhan in Bogtui village in West Bengal's Birbhum district was allegedly killed when four men on motorcycles hurled a crude bomb at him. Sheikh was taken to the government hospital in Rampurhat block, but died on the way.

Shortly after his death, violence broke out in Rampurhat when a mob allegedly locked up 10-12 houses with residents inside and set them on fire resulting in eight deaths, including that of women and children.

Reportedly, two FIRs have been filed – one over deputy pradhan Bhadu Sheikh's killing and the other over the attack on the houses. Eleven people have been arrested in the second case.

Taking cognisance of the violence, the State government has formed a Special Investigation Team (SIT) headed by the additional director general of police (CID), Gyanwant Singh, to probe the incident. The Sub Divisional Police Officer and in-charge of Rampurhat police station has also been removed from active policing duty.

The incident has led to a a war of words between the TMC and the BJP. The issue also resulted in BJP MLAs staging a walkout inside the West Bengal Legislative Assembly.

Describing the death of eight people at Rampurhat as horrific, West Bengal Governor Jagdeep Dhankhar on Tuesday said it indicates that the state is in the grip of a culture of "violence and lawlessness". Calling upon the police to deal with the matter professionally, the Governor said that he has asked the state chief secretary to send him an update on the incident urgently.

According to reports, Chief Minister Mamata Banerjee on Thursday met the families of the victims and announced Rs 2 lakh compensation for rebuilding the scorched homes. Promising jobs to ten families affected by the violence, Banerjee added that she would ensure "speedy justice".